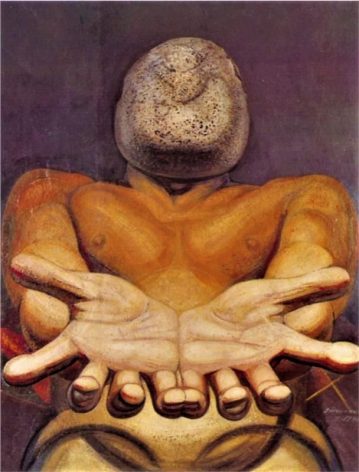 STOCKHOLM / ROME, Apr 29 2019 (IPS) - Just before nine o´clock in the morning of April 21st, Christians in Sri Lanka were in their churches peacefully celebrating Easter Sunday, while tourists were waking up in their hotel rooms. Suddenly explosions blasted three churches and three hotels. Among the ruins lay hundreds of wounded people, as well as 253 corpses of men, women and children. They had been killed and maimed because some fellow human beings believed they acted in God´s name and out of promises of an unproven, heavenly bliss if they killed themselves after obliterating people they did not know; sowing death, lifelong suffering and sorrow.

How can anyone be capable of delter, though muding her/himself to believe that s/he deserved the gratitude and reward from an all-loving God after committing such atrocities? Sri Lankan authorities suspect that fanatic groups known as National Thowheeth Jama´ath (NTJ) and Jamaat-ul-Mujahideen are to be blamed for the mass slaughuch still remains unclear about these groups and their alleged involvement in the atrocities. However, the question remains – are members of such hate-mongering sects psychopaths?

According to medical science, psycophaths suffer from a disorder impeding feelings of guilt or remorse. They are unable to acknowledge the harm and suffering they inflict on other human beings. Psychopaths rationalize their despicable behaviour by blaming others, or by denying all wrongdoing. A psychopath is thus prone to harm both her/himself and others. However, it cannot be assumed that all people affiliated to a fanatical group, political as well as religious, are psychopaths, although their views and behaviour seem to reflect the state of disease. The German philosopher Friedrich Nietzsche once wrote: ”Madness is something rare in individuals — but in groups, parties, peoples, and ages it is the rule.” 1

Unconditional surrender to the ideology, rules and regulations of a religious sect, or an overzealous political party, means that an individual gives up some, it not all, of her/his personal willpower, leaving fatal decisions to others. Some leaders of women and men might actually be psychopats in the clinical sense of the word. Hitler and Stalin appear to have been full-fledged psychopats. In the religious sphere we find Jim Jones, who in 1978 committed a mass murder–suicide of 918 of his followers, thus becoming the archetype of a narcissistic maniac spreading insanity among his believers.

After World War II, The Nuremberg Trials determined the guilt of prominent leaders of Nazi Germany, particularly for the planning and execution of massmurder. The proccedings came to pay attention to the relationship between individual – and collective guilt, disentangling the claim of the accused who declared themselves innocent by stating they ”had just followed orders”, or were forced to commit the atrocities. With the intention to codify legal pronciples for future trials of crimes against humanity the Nuremberg Tribunal established a number of Principles of which the fourth stated:

The fact that a person acted pursuant to order of his Government or of a superior does not relieve from responsibility under international law, provided a moral choice was in fact possible to him.

This indicates that crimes against humanity are comitted by individulas, women and men, not by any abstract entities. 2 The ability to make conscious choices are by many scientists and philosophers considered to be an ultimate proof of humanity. The Danish philosopher Søren Kierkegaard explained that true religion has to be based on subjectivity. His target was the Danish State Church, which assumed it was the true and sole representantive of true Christianity. That a religious organization, or any priest in its service, could be convinced they spoke and acted in accordance with the Will of the Lord was according to Kierkegaard contrary to a belief in God´s infinite wisdom. Christianity is not a doctrine to be taught, but a life to be lived. He assumed that most ”Christians” relied on external proofs of God, like nature and miracles, or the limited explanations of other Christians. On the contrary – to him Christianity meant having a unique, personal relationship with God.

Religion must be based not only on the freedom to choose, but an ability to create choices for oneself. A religious person cannot unconsciously accept choices and rules made by others. According to Kierkegaard an individual comes to full consciousness of her- or himself only after s/he has accepted her/his own shortcomings, doubts and weaknessess. He calls this angest, despair. Angest is the origin of compassion and piety, a prerequisite for freedom to choose. If we unresistingly follow what others tell us to do and thus avoid entering the realms of despair, we are nothing but instinct-driven creatures, devoid of personal, critical thinking. A state of mind Kierkegaard called The Sickness Unto Death.

Kierkegaard would not have considered a murderous fanatic to be religious. Zealots are weak-willed victims of an illusion, which make them identify themselves as integrated parts of an ”in-group”, excluding all others. They are devoid of any belief in an all-powerful, merciful God, whose might is beyond human comprehension. The faith of fanatics does not originate from a feeling of unity with an all-encompassing, righteous entity, but from an entirely human, simplistic view of themselves in terms of ”we and the others”, making them prone to condemn, and even kill and maim those who do not share their twisted beliefs. Kierkegaard and the members of the Nuremberg Tribunal would have condemned them, while considering any claim that they acted in ”the Name of God” as utterly false.