Crime Against Humanity and Individual Guilt 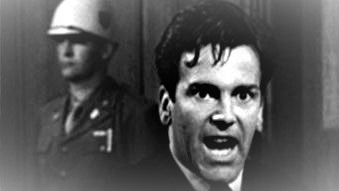 STOCKHOLM / ROME, Jul 16 2019 (IPS) - On 8 July, Bosco Ntaganda was by the International Criminal Court (ICC) found guilty of crimes against humanity. The 41-year-old rebel leader, nicknamed The Terminator, had ordered his fighters to “target and kill civilians”, kidnap children to be brought up as soldiers and girls to become sex slaves, while personally partaking in the crimes. The Court had gathered evidence from 2,000 survivors from the rampage that Ntaganda and his army ran through the north-eastern Congolese region of Ituri, where beginning in 1999, 60,000 people have been murdered by warring rebel armies. Eighty witnesses testified directly during the court proceedings, thirteen were “experts” and the rest victims.

The International Criminal Court is an intergovernmental tribunal with jurisdiction to prosecute individuals accused of committing crimes of genocide (the intentional destruction of a group of people), crimes against humanity (mainly violations of the UN Charter),1 war crimes (mainly violations of the Geneva Conventions), and crimes of aggression (when a person plans, initiates or executes an act of aggression using state military force violating the UN Charter). The IIC has in great detail specified these crimes and has since its establishment in 2003 indicted 44 individuals, some of them influential, national leaders – former presidents like Sudan´s Omar al-Bashir and Ivory Coast´s Laurent Gbagbo and Uhuru Kenyatta, who recently was re-elected as Kenya´s president. The International Criminal Court is controversial, particularly since it is at a nexus where politics/ideologies merge with individual guilt.

Jurisprudence has since the ruthless European wars of the sixteenth century discussed the existence of a natural law dictating how humans have to behave towards one another. The general agreement was that if no natural law could be proven it was up to each Government to judge criminals in accordance with local legislation. For several hundred years, the pre-eminent political institution was the national State and it was free to apply state-sanctioned violence and punishment. However, in a world where the entire humanity is threatened by international crime, terrorism, and climate change, laws exclusively limited to nations can no longer be valid.

That state-supported atrocities do not recognize national borders became evident during World War II, when moral and geographical boundaries were ignored and even despised. After the War, it was almost universally agreed that some kind of global/natural law had to be applied to safeguard all humans from horrors caused by vicious regimes. In 1948, a non-binding Universal Declaration of Human Rights was adopted by the United Nations General Assembly urging all nations to promote a number of human, civil, economic and social rights, while asserting that the inherent dignity and equal and inalienable rights of all members of the human family are the foundation of freedom, justice, and peace in the world.2

The Declaration was adopted almost unanimously. The only dissidents were Stalinist Soviet Union, Apartheid-governed South Africa, and Saudi Arabia, nations well aware of the fact that any declaration of equal human rights was contrary to their politics. Criminal refusals to acknowledge an “inalienable” duty to respect human rights became apparent during the Nuremberg Trials and those staged by the International Military Tribunal for the Far East, during which victorious powers judged abominable crimes committed by individuals serving the vanquished governments.

The defendants could be divided into three groups; those who were afraid, those who followed orders, and those who actually believed in the twisted ideologies of the regimes they had served. Defense attorneys declared that servants of the victorious powers – USA, Great Britain, and the Soviet Union – had committed acts just as bad, or even worse, than those perpetrated by minions of the Nazi regime and the Japanese Empire. Judges ruled that such arguments could not whitewash any personal guilt. However, one problem remained – can a few individuals be punished for crimes committed, or approved, by thousands of “law-abiding” citizens? It was argued that if the damaged nations of Germany and Japan had to be healed and re-built, the victors had to avoid causing distress and anger by convicting too many of the ”willing executioners”. Murderers and rapists were thus welcomed back into society and continued to serve as administrators, policemen, medical doctors, and teachers.

One example among many – so-called Einsatzgruppen were responsible for mass killings of the “intelligentsia” in German-occupied territories, as well as political commissars, partisans, and above all Romani people and Jews. Together with Romanian, Ukrainian, and Lithuanian auxiliaries 3,000 German and Austrian soldiers did between 1941 and 1945 execute more than 2 million people. The scale of the killings was almost unbelievable – the massacre at Babi Yar lasted for two days during which 33,770 Jews were killed, the massacre in Rumbula also lasted two days and resulted in 25,000 victims. After the close of World War II, 24 senior leaders of the Einsatzgruppen were charged with crimes against humanity. Fourteen death sentences and two life sentences were handed out, while four additional Einsatzgruppen leaders were later tried and executed by other nations.3 More than 800,000 members of the Nazi Schutzstaffel (SS), an ”elite” that had sworn an oath of ”complete obedience to the Führer” survived the war. Many thousands of them were prosecuted for crimes against humanity, but only124 were convicted.4 This meant that thousands of cold-blooded murderers went unpunished and could resume a quiet life.5

The International Criminal Court is supported by 134 nations, though so far only 107 have ratified the statutes. Seven countries do for various reasons not approve of an international criminal court – China, Iraq, Israel, Libya, Qatar, the United States, and Yemen. Israel’s opposition stems from the fact that “the action of transferring population into occupied territory” is included in ICC´s list of war crimes. The U.S. fears that if its citizens participate in crimes against humanity in foreign countries they run the risk of being convicted by a court that does not accept the excuse that they served U.S. interests. The Trump Administration is openly opposing the Court, imposing visa bans on ICC staff in response to concerns that an investigation of U.S. nationals may be opened in connection with war crimes committed in Afghanistan. In October 2016, after claiming the Court was biased against African states, Burundi, South Africa, and the Gambia announced their withdrawal. However, following Gambia´s last elections that ended the rule of Yahya Jammeh, this nation rescinded its withdrawal notification, while the High Court of South Africa ruled that a withdrawal would be unconstitutional.6

During the trial, survivors described several massacres. For example, one carried out close to a Hema village. Hema was a specially targeted ethnic group. Ntaganda and his soldiers brought 49 captured villagers to a banana plantation where they were slaughtered with
sticks and batons, as well as knives and machetes. Men, women, children, and babies were found in the field. Some bodies were found naked, some had hands tied up, some had their heads crushed. Several bodies were disemboweled or otherwise mutilated.

Rwandan-born Bosco Ntaganda has a long and bloody career. As a teenager he participated in the slaughter of Rwandan Tutsis, only to end up in the ranks and files of the Rwanda Patriotic Front (RPF) headed by the Tutsi Paul Kagame, current president of Rwanda. Some years later we find Ntaganda fighting for the Patriotic Forces for the Liberation of Congo (FPLC), serving as deputy chief of the general staff of Thomas Lubanga, who in 2012 became the first person convicted by the ICC and sentenced to 14 years in prison.8

Bosco Ntaganda is just one example of ”murderers among us” who has been and are protected by world leaders and other decision-makers who all over the world make use of their services and thus become accomplices in their crimes. It is high time for them and the rest of us to assume responsibility for crimes against humanity. It is not only perpetrators who are guilty of atrocities, but supporters and onlookers are also accomplices. In the words of Primo Levi, a great author and survivor from Auschwitz´s hell: