Mediating Peace in a Complex World

Teresa Whitfield is the Director of the Policy and Mediation Division at the United Nations Department of Political and Peacebuilding Affairs. Prior to her appointment in 2016, she was Senior Adviser to the President of the International Crisis Group. 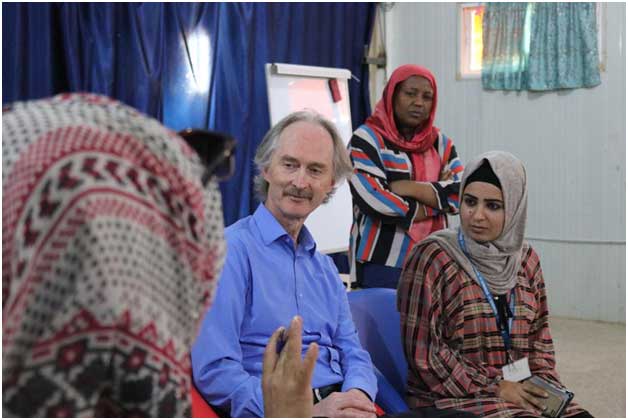 Special Envoy for Syria Geir O. Pedersen during a visit to Syrian refugees in Mafraq and Zaatari camp in Jordan. May 2019. Credit: UN Photo

UNITED NATIONS, Aug 7 2019 (IPS) - “It is all about orchestration”, was Martin Griffiths’, the UN Special Envoy for Yemen, response to the question of what mediation in Yemen looks like today.

Mediation has always been about orchestration – two decades ago, in their seminal volume Herding Cats: Multiparty Mediation in a Complex World, Chester A. Crocker, Fen Osler Hampson and Pamela All recognised the value of “the mediator’s dexterity with the materials at hand”.

As Jeffrey Feltman argues, there is much to be said for the equation of a mediator with an orchestra’s conductor. But in the current environment of international, national and local fragmentation and multi-level external engagement, the orchestration of relationships with and inclusion of a wide array of actors has taken on new characteristics.

Mediators or envoys in strategic conflicts such as Libya, Syria and Yemen are faced with multiple demands and constraints, yet considerable latitude in the most critical issue of all: how they spend their time.

The three UN envoys charged with leading these processes work under mandates of the Security Council, and the strategic direction of the Secretary-General. Yet in leading the peacemaking effort, they take daily decisions on what they will prioritise that have profound implications for the political direction and impact of their efforts.

These decisions span at least three areas: how to balance building relations with conflict parties with the necessity for diplomacy with regional and international actors?; how to maintain attention to the central political conflict whilst also engaging on other vital, but more localised, issues?; and how, and how much, to engage on the important question of inclusion?.

This is all in addition to the internal attention which needs to be paid to process design and preparation on a range of substantive issues including ceasefires, demobilisation and reintegration programmes, power-sharing arrangements, transitional justice or constitutional reform. 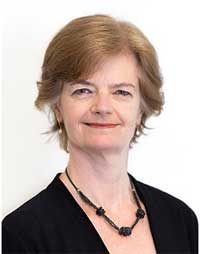 A mediator’s personal involvement and credibility with the parties is essential to the kind of progress seen in reaching the Stockholm agreement on Yemen in December 2018 for example, where Griffiths’ efforts were bolstered by the last minute presence of Secretary-General António Guterres.

But such efforts, as those by the UN envoy Ghassan Salamé to mediate between Libyan Prime Minister Faiez Serraj and the National Army Commander Khalifa Haftar, and other less visible conflict prevention engagements, take place in parallel to quiet consultations with regional and other actors with leverage and a stake in the conflict as well as more public meetings.

These include Security Council consultations; but also meetings in and around distinct negotiating fora such as the Astana process for Syria; or, in the case of Libya, ad hoc conferences in Paris and Palermo or interactions with the African Union and the League of Arab States.

In each case, multiple agendas are at stake. Mediators will therefore be mindful of the risk that their efforts may be derailed, or the overarching effort undermined by competing processes.

A separate but related consideration is the balancing act between time spent on smaller, short term agreements (local agreements, humanitarian pauses or confidence-building measures) versus thinking and engagement on the central political process.

Evolving military dynamics in Syria have, over the years, necessitated multiple points of focus for international efforts. More recently, in Yemen, time and effort spent forging and trying to implement a fragile agreement between local military actors in Hodeidah was imperative.

But it was also in some respects both a distraction from the core conflict, and perilous: success rested on negotiations between military actors with great potential to spoil the outcome, and its travails held progress on the larger political process hostage.

What inclusion means in today’s mediation processes deserves some pause. Research has drawn attention to the centrality of elite bargaining when stabilising violent conflict, as well as the need for a hard-headed look at the web of political, economic and predatory interests that together form what Alex de Waal termed “the political marketplace.”

Yet the dramatic combination of external and internal fragmentation in contemporary conflicts erodes the possibility of reaching agreement with political and military elites alone. It also informs a broad international consensus on the benefits of inclusion evident, for example, in the twin resolutions on “sustaining peace” adopted by the UN General Assembly and Security Council in April 2016.

Significantly, the 2015 Sustainable Development Goals are anchored in a commitment to “leave no one behind.” In 2018, the UN-World Bank study Pathways for Peace also put strong emphasis on inclusion as a tool for preventing conflict and building sustainable peace.

However, as Christine Bell has argued, there nonetheless remain practical and substantial differences among and between development actors, peacemakers and the human rights community on who is to be included, in what, and how.

Mediators have long recognised the benefits of inclusivity, but with important differences regarding the extent to which it applies to politico-military elites, whose commitment is required to stop the killing, or broader constituencies whose inclusion might contribute to the legitimacy and durability of an agreement but whose direct involvement the conflict parties frequently resist.

Human rights defenders, meanwhile, emphasise norms such as equality and the need for group participation – most visibly that of women, but also other groups such as minorities, indigenous people and youth.

Mediators have adopted specific strategies to promote the inclusion of women when – as is frequently the case – the conflict parties themselves have not favoured either a prominent role for individual women within their delegations, or a means by which a broader range of voices can be heard within a peace process.

In some instances, mediators have created access for existing structures (leading the mediation effort in Liberia in the early 2000s, the Economic Community of West African States (ECOWAS) included the Mano River Women’s Peace Network as an observer to the talks).

In others, they have established new mechanisms to access a diverse range of perspectives and advice. Notable in this respect were the efforts of the former UN envoy for Syria, Staffan de Mistura, who in early 2016 created both a Syrian Women’s Advisory Board and a Civil Society Support Room with whom he engaged regularly and visibly throughout his tenure.

Such inclusion mechanisms – replicated, with modifications, in Yemen with the creation in mid-2018 of a Yemeni Women’s Technical Advisory Group – have been criticised for entrenching women’s “second tier” participation in negotiations.

However, their potential to broaden the base of a political process if and when it advances is significant, especially when complemented by other forms of outreach and engagement.

Even in the absence of formal talks, an envoy’s understanding of the conflict and legitimacy as an interlocutor will be enhanced by consultation with as wide a range of actors as possible.

This point was underlined by de Mistura’s successor, Geir O. Pedersen, who in his first briefing to the Security Council in February 2019 placed emphasis on the wide range of Syrians with whom he had already consulted, while underlining that “there will be no sustainable peace in Syria unless all Syrians are included in shaping the future of their country.”

Delivering this in practice, in Syria as elsewhere, remains extraordinarily difficult. Demands for inclusion in the evolving peace process in Afghanistan, for example, come from women who fear the erosion of hard-won rights, but also youth, victims, representatives of affected regions, ethnic minorities and others.

Meanwhile, mediators will be acutely aware that, while necessary, inclusion in the absence of buy-in from national elites and their regional and international backers will not, on its own, bring peace.

*This article was originally published in the online magazine of UN’s Department of Political and Peacebuilding Affairs.