Ambassador Anwarul K. Chowdhury is Founder of the Global Movement for The Culture of Peace (GMCoP), Permanent Representative of Bangladesh (1996-2001) and Under-Secretary-General and High Representative of the United Nations (2002-2007)

NEW YORK, Sep 9 2019 (IPS) - It has been a long, arduous journey – a journey ridden curiously with obstacles and indifference. Two decades have passed by since the UN General Assembly (UNGA) adopted, by consensus and without reservation, its landmark and norm-setting resolution 53/243 on the Declaration and Programme of Action on a Culture of Peace in 1999.

The current President of the UNGA Ms Maria Fernanda Espinosa Garces, former Foreign Minister of Ecuador is convening on 13 September the UN High-Level Forum on the Culture of Peace underlining the importance the world body attaches to full and effective implementation of this forward-looking decision.

It was exactly on that date 20 years ago the UN took its most forward-looking stride in ensuring a peaceful planet for all of us since the Charter of the UN in 1945. The UN Charter arose out of the ashes of the Second World War and the UN Declaration and the Programme of Action on Culture of Peace was born in the aftermath of the long-drawn Cold War.

Simply put, the Culture of Peace as a concept means that every one of us needs to consciously make peace and nonviolence a part of our daily existence. We should not isolate peace as something separate or distant. We should know how to relate to one another without being aggressive, without being violent, without being disrespectful, without neglect, without prejudice.

It is important to realize that the absence of peace takes away the opportunities that we need to better ourselves, to prepare ourselves, to empower ourselves to face the challenges of our lives, individually and collectively.

It is also a positive, dynamic participatory process wherein “dialogue is encouraged and conflicts are solved in a spirit of mutual understanding and cooperation.” 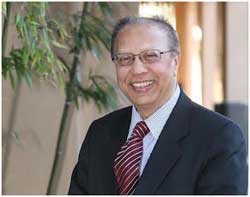 Each and every individual is important to the process of transformation required to secure the culture of peace in our world. Each person must be convinced that nonviolent, cooperative action is possible.

If a person succeeds in resolving a conflict in a nonviolent manner at any point in time, then this individual has made a big contribution to the world because this singular act has succeeded in transferring the spirit of non-violence and cooperation to another individual. When repeated, such a spirit will grow exponentially, a practice that will become easier each time the choice is made to face a situation, resolve a conflict non-violently.

On 16 December 1998, at a Security Council meeting on the maintenance of peace and security and post-conflict peace-building, I implored that “International peace and security can be best strengthened, not by actions of States alone, but by women and men through the inculcation of the culture of peace and non-violence in every human being and every sphere of activity. The objective of the culture of peace is the empowerment of people.”

As we were coming out of the Cold War, it dawned on us to see how best to take advantage of the end of that era of bitter rivalry and proxy wars and to make peace sustainable.

The Constitution of UNESCO says, “Since wars begin in the minds of men, it is in the minds of men that the defenses of peace must be constructed.” The concept of the culture of peace started evolving in this spirit, to promote a change of values and behavior.

Soon after I became the Ambassador of Bangladesh to the United Nations in New York in 1996, I felt that the culture of peace is a marvelous concept that humanity needs to embrace. I took the lead in proposing in 1997 along with some other Ambassadors in a letter to UN Secretary-General Kofi Annan to include a specific, self-standing agenda item of the UN General Assembly (UNGA) on culture of peace.

A new agenda item on the culture of peace was thus agreed upon after considerable negotiating hurdles and the new item was allocated to the plenary of the General Assembly for discussion on an annual basis.

On 13 September 1999, the United Nations adopted the Declaration and Programme of Action on the Culture of Peace, a monumental document that transcends boundaries, cultures, societies and nations.

It was an honour for me to Chair the nine-month long negotiations that led to the adoption of this historic norm-setting document that is considered as one of the most significant legacies of the United Nations that would endure generations.

I introduced the agreed text of that document (A/RES/53/243) on behalf of all Member States for adoption by the Assembly with its President Didier Opertti of Uruguay chairing the meeting. Through this landmark adoption, the General Assembly laid down humanity’s charter for the new approaching millennium.

To commemorate the 20th anniversary of that momentous action by the most universal global body in a “befitting manner” on 13 September 2019, the on-going 73rd session of the UN General Assembly adopted the resolution 73/126 on 12 December 2018 – with the co-sponsorship of 100 Member States led by Bangladesh – which requested “the President of the General Assembly to give special attention to the appropriate and befitting observance of the twentieth anniversary of the adoption of the Declaration and Programme of Action, which falls on 13 September 2019, by holding the high-level forum on that date, which will be an opportunity for renewing the commitments to strengthen further the global movement for the culture of peace.”

A significant aspect of the essential message as articulated in the UN documents effectively asserts that the “culture of peace is a process of individual, collective and institutional transformation.” Transformation is of the most essential relevance here.

The Programme of Action identifies eight specific areas which encourage actions at all levels – the individual, the family, the community, the nation, the region – and, of course, the global level. Though the Declaration and Programme of Action is an agreement among nations, governments, civil society, media and individuals are all identified in this document as key actors.

It is essential to remember that the culture of peace requires a change of our hearts, change of our mindset. The Culture of Peace can be achieved through simple ways of living, changing of our own behavior, changing how we relate to each other.

A lot can be achieved in promoting the culture of peace through individual resolve and action. By immersing ourselves in a mode of behaviour that supports and promotes peace, individual efforts will – over time – combine and unite, and peace, security and sustainability will emerge. This is the only way we shall achieve a just and sustainable peace in the world.

All educational institutions need to offer opportunities that prepare the students not only to live fulfilling lives but also to be responsible and productive citizens of the world. For that, educators need to introduce holistic and empowering curricula that cultivate the culture of peace in each and every young mind. Indeed, this should be more appropriately called “education for global citizenship”.

Such learning cannot be achieved without well-intentioned, sustained, and systematic peace education that leads the way to the culture of peace. If our minds could be likened to a computer, then education provides the software with which to “reboot” our priorities and actions away from violence, towards the culture of peace.

For this, I believe that early childhood affords a unique opportunity for us to sow the seeds of transition from the culture of war to the culture of peace. The events that a child experiences early in life, the education that this child receives, and the community activities and socio-cultural mindset in which a child is immersed all contribute to how values, attitudes, traditions, modes of behavior, and ways of life develop.

We need to use this window of opportunity to instil the rudiments that each individual needs to become agents of peace and non-violence from an early life. I would like to add that young people of today should embrace the culture of peace in a way that can not only shape their lives but can also shape the future of the world.

Let us – yes, all of us — embrace the culture of peace for the good of humanity, for the sustainability of our planet and for making our world a better place to live.