KUALA LUMPUR and PENANG, Sep 17 2019 (IPS) - Rapid financial globalization is due not only to financial innovations, but also to choices made by national policymakers, often with naïve expectations, trusting promoters’ promises of steady net inflows of financial resources.

In the early 2000s, after the 1997-1998 Asian financial crises, the Group of 8 (G8) major economies, supported by the World Bank, International Monetary Fund (IMF) and Germany’s Bundesbank, promoted local currency bond markets. Soon, local currency bond markets in Asia (ex-Japan) rose ten-fold from US$836 billion in 2000 to US$8.3 trillion in 2015.

Subordinate securitization
It was claimed that deeper national securities markets, especially local currency bond markets, would redress both currency and maturity mismatches of short-term foreign currency borrowings by local banks and corporations. Such markets were expected to reduce global imbalances as countries with surpluses would no longer need to recycle savings in US financial markets. 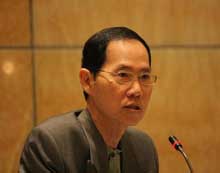 However, an UNCTAD-South Centre study argued that local currency bond markets are ‘double-edged’, addressing the risks of currency mismatches for individual borrowers, while exacerbating the systemic risks associated with the nation’s currency. When developing economies’ equity and bonds are largely foreign-held, their currencies are more vulnerable.

New vulnerabilities
Increasing transnational integration of national currency, financial and other asset markets has transformed global finance and its dynamics, including the roles, relations and room for manoeuvre for emerging market and other developing economies:

• currency markets are now less influenced by international trade flows, but increasingly by capital flows, and when substantial enough, by the ‘carry trade’ of those borrowing in low-interest rate currencies to invest in high-interest rate currency assets, taking on exchange rate risk to gain from interest rate arbitrage;
• inter-bank money markets no longer only reflect the demand for and supply of central bank reserves, but also the effects of central bank interventions in currency markets to prevent excessive appreciation or depreciation of national currencies due to market perceptions of erratic capital flows;
• with domestic financial conditions linked to the vagaries of global finance and US interest rate decisions, subordinate financialization constrains governments’ capacities to provide macroeconomic stability by trying to stabilize aggregate demand, let alone undertake countercyclical policy;
• subordinate financialization tends to promote the privatization of public services by legitimizing the notion that public goods – education, health, infrastructure – can be better provided by the private sector with finance from capital markets. Development finance is thus redeployed to ensure profits for private finance, investors and companies.

Their message has shifted from ‘working on finance’, to try to ensure more resilient and robust development despite international financial volatility and instability, to thus ‘working with finance’. Meanwhile, institutional investment managers are expected to turn to ‘impact investing’ with supposedly beneficial effects, such as green bonds, development impact bonds and infrastructure bonds.

To make matters worse, there is no international financial regulator, as all regulation and regulators are national, even in implementing Bank of International Settlements (BIS) standards. Both the BIS and the IMF acknowledge cross-border transmission of risks, but national regulators focus on their national economies, leaving others more vulnerable than ever.

Jomo Kwame Sundaram, a former economics professor, was United Nations Assistant Secretary-General for Economic Development, and received the Wassily Leontief Prize for Advancing the Frontiers of Economic Thought.
Dr Michael LIM Mah Hui has been a university professor and banker, in the private sector and with the Asian Development Bank.