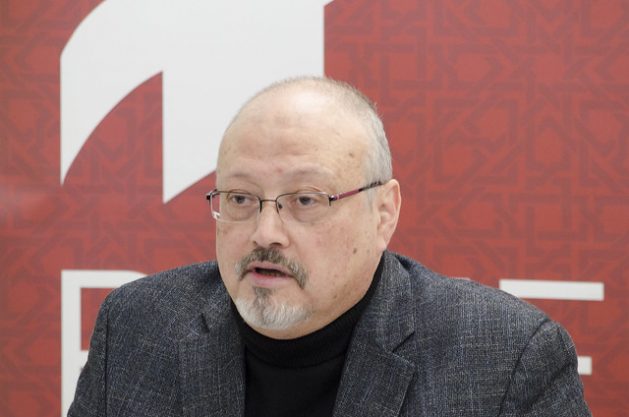 UNITED NATIONS, Sep 18 2019 (IPS) - The United Nations faces growing public opposition to an event it is co-hosting with a Saudi Arabian charity only days before the anniversary of the murder of journalist Jamal Khashoggi.

On Tuesday, the Committee to Protect Journalists (CPJ), a watchdog, joined the campaign to scrap the Sept. 23 Misk-OSGEY Youth Forum — a tie-up between the U.N. and Saudi crown prince Mohammad bin Salman’s Misk Foundation.

Meanwhile, some 5,000 people have signed a petition against the event, which campaigners say whitewashes the image of bin Salman, who reportedly ordered the murder of Khashoggi inside the country’s consulate in Istanbul, Turkey, on Oct. 2 last year.

“On the anniversary, I expected a message from the U.N. to elevate the case and to seek more punitive measures against Saudi Arabia and those who participated in the killing of Khashoggi,” the CPJ’s Middle East coordinator Sherif Mansour told IPS.

“Perhaps people at the U.N. had not heard or seen the outrage that has circulated around the world since Khashoggi’s death. It’s offensive and insulting to have such a conference around the time when people are remembering his brutal murder.”

The forum is part of a scheme between the U.N.’s youth envoy Jayathma Wickramanayake and bin Salman’s foundation and is aimed at inspiring ethical business practices.

The event will take place at the New York Public Library and see some 300 budding entrepreneurs learn about green themes, corporate responsibility and other parts of the U.N.’s Sustainable Development Goals (SDG) agenda.

“The trustees of the New York Public Library should not allow a brutal Saudi dictator to use their space for a propaganda event. Thousands of people are now demanding that this bogus Saudi event be canceled,” Bery told IPS.

“Many Saudi citizens are imprisoned or executed for saying the very things that are written in thousands of New York Public Library books. How can the NYPL trustees possibly justify allowing a  Saudi dictator to use their space?”

The U.N. youth envoy’s office, Saudi Arabia’s mission to the U.N. and the Misk Foundation declined to comment on the controversy. U.N. spokesman Stephane Dujarric said the forum was part of a “work plan” between the youth envoy and bin Salman’s foundation.

“We’ve seen the petition and I think its good that people express themselves and I think the [youth envoy’s] office is always ready to engage with civil society groups in order to answer what questions or concerns they have,” said Dujarric.

“The forum is designed to bring together young leaders, creators, and thinkers to think about ways of engaging and encouraging youth to transform the world.”

Two speakers — Ann Rosenberg, a technology executive, and Bart Houlahan, a business consultant — have already pulled out of the event, which has also been criticised by Human Rights Watch, Civicus, and other groups.

I’m not going to help the Saudi crown prince whitewash his abysmal human rights record by attending his big event on Sept 23 at the New York Public Library during the opening of the UN General Assembly. RT if you agree. https://t.co/TLUruJMI7P pic.twitter.com/9yhrl6Dibc

The remaining speakers include Alexandra Cousteau, a conservationist and granddaughter of French adventurer Jacques-Yves Cousteau, Paul Polman, the former CEO of consumer goods firm Unilever, and Andrew Corbett, an academic at Babson College.

Khashoggi, a United States-based journalist who frequently bashed the Saudi government, was killed and dismembered after visiting the Saudi consulate in Istanbul, where he was collecting papers for his planned wedding.

The CIA concluded that bin Salman ordered Khashoggi’s murder. U.N. expert Agnes Callamard has described the killing as a “deliberate, premeditated execution,” and called for bin Salman and other Saudi officials to be probed.

Saudi officials, who initially said Khashoggi had left the consulate unharmed, now say the writer was killed in a rogue scheme that did not involve bin Salman. Rights groups have pushed for accountability in the journalist’s killing.