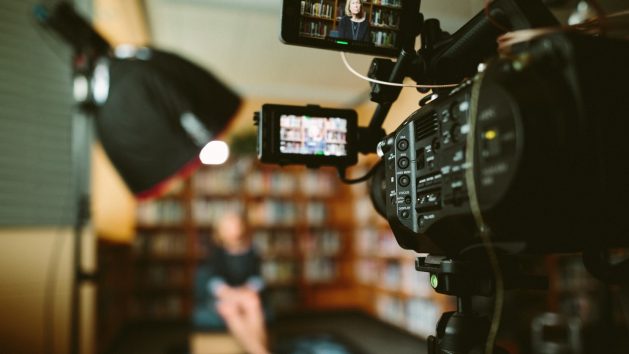 The Committee to Protect Journalists (CPJ) seeks disclosure of files under the U.S. intelligence community’s “duty to warn” obligations, which demand officials alert folks in imminent danger. The CPJ wants to know if they knew about an assassination plot against Jamal Khashoggi. Photo by Sam McGhee on Unsplash

UNITED NATIONS, Sep 30 2019 (IPS) - A media watchdog has asked United States intelligence agencies to reveal whether they knew about an assassination plot against Jamal Khashoggi and failed to warn the Saudi journalist he was in mortal danger.

A legal brief, filed in a Washington DC district court by the Committee to Protect Journalists (CPJ), comes almost exactly one year after a Saudi hit squad butchered the renegade writer inside the Saudi consulate in Istanbul on Oct. 2.

CPJ’s advocacy manager Michael DeDora told IPS that his lawsuit against the U.S. government “asks a simple question: did the intelligence community know of yet fail to warn Jamal Khashoggi of threats to his life?”

Khashoggi, a U.S.-based Washington Post columnist, who was once a royal Saudi insider and had grown critical of the regime, was reportedly lured to the Saudi consulate in Istanbul in an elaborate and brutal plot to silence him.

Khashoggi was allegedly killed, dismembered and removed from the building; his remains were never found. The CIA reportedly assessed that crown prince Mohammad bin Salman, known as MBS, had ordered the operation.

“Nearly one year after Khashoggi’s murder, disclosure of these documents would provide transparency and help efforts to secure accountability,” DeDora told IPS in an email.

“But this lawsuit has broader implications: journalists around the world should have the security of knowing that the U.S. will not ignore threats to their lives.”

Saudi officials, who initially said Khashoggi had left the consulate unharmed, now say he was killed in a rogue operation that did not involve the prince. A domestic Saudi trial of 11 suspects is widely viewed as a sham.

Speaking with IPS among a small group of journalists in New York this month, Hatice Cengiz, Khashoggi’s former fiancée, explained how she was saddened by the lack of global pressure on Riyadh to come clean about the affair.

MBS has not visited Europe or the U.S. since the murder. While the prince was briefly shunned by foreign leaders, Riyadh’s long-standing diplomatic support from the U.S., Britain and others has largely resumed.

“This silence and inertia created huge disappointment on my side,” said Cengiz.

“Countries could have demonstrated a more honourable attitude instead of remaining silent, particularly the United Nations, the European Union and the five members of the U.N. Security Council.”

Cengiz was joined at an event on the sidelines of the U.N. General Assembly by Agnes Callamard, the U.N. rapporteur on extrajudicial, summary or arbitrary executions who investigated the killing and concluded it was a “deliberate, premeditated execution,” and called for MBS and other officials to be probed.

Callamard, a French academic, said she knew that achieving justice for Khashoggi’s murder would be an uphill struggle, given Riyadh’s deep pockets, clout in the world energy markets and powerful friends in Washington, London and elsewhere.

“This single year [since Khashoggi’s death] is just the first phase in our journey for accountability and justice. And that means that it will demand and deserve patience, resilience, and time,” said Callamard.

“Early on, I could see that justice for Jamal Khashoggi would have to be found beyond the usual path and beyond our usual understanding of accountability.”

Callamard urged the CIA to publish its files, while also calling for an FBI investigation and a public inquest in Turkey. Meanwhile, a draft U.S. law on human rights and accountability, if enacted, would unmask and sanction the culprits and send “ripple effects” towards accountability around the world.