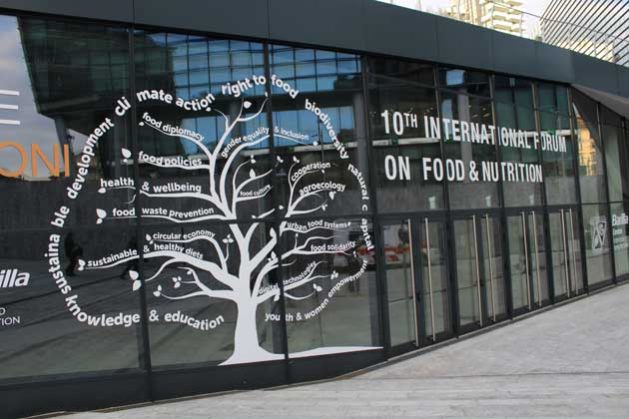 MILAN, Italy, Dec 3 2019 (IPS) - A coffee producer will receive a cent and a half from a $2.50 cup of coffee. This one stark fact stood out as scientists, researchers, activists and grappled with solutions for change in food and nutrition practises, which would benefit the greater community.

This also needs the commitment of every sector of society – from multi-national businesses to small scale local farmers.

This message was reinforced by Guido Barilla, founder of the Barilla Centre for Food and Nutrition at the 10th International Forum on Food and Nutrition. The forum had the theme of Fostering Business and Innovation while preserving Mother Earth.

He urged all stakeholders come together and educate on the importance of sustainable and virtuous food systems.

Ertharin Cousin reminded delegates that biologist Paul Ehrlich once predicted large scale famines, particularly in India – but through innovation in the agricultural sector and community of actors involved in the Green Revolution, these grim visions were overcome.

Even so, she said the challenges are huge – and research suggests that by 2030 half the world’s population would suffer from some form of malnutrition, whether from a shortage of food or micronutrient deficiency. 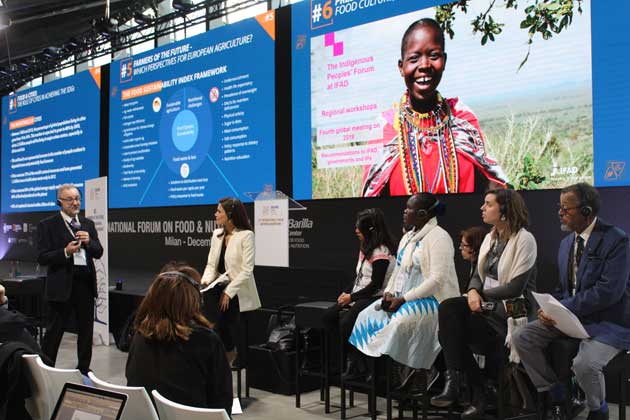 Jeremy Oppenheim, founder of Systemiq, who used the example of the cup of coffee pointed out how starkly pointed out how unequal the chain of production, processing, distribution, consumption and the way it is disposed of requires a radical overall.

The mixed signals were unhelpful, he said.

“We’re sending all these mixed signals, every single day to people … In the next in the run up to Christmas again in the UK, food companies, and retailers will spend, 100 billion pounds – advertising largely unhealthy food.”

Mattia Galletti , IFAD Technical specialist, pointed out 70 million people in the world belong to different indigenous people and in studies in the Amazon, for example, where indigenous farming is practised there was no deforestation.

Carlo Petrini, Founder and President, Slow Food International, agreed. Local communities had the solution in their “DNA” and had essential answers to the critical problems of climate change.

However, he warned that the economy needed to change – one that was rooted in local communities and not in the hands of a few. It was only then that sustainable development could be achieved. Any other solution was just “blah, blah, blah”, he warned.

However, Galina Peycheva-Miteva suggested that the “idea of farming” had to change.

“Farming is not considered prestigious by the young generation. We have to modernize and digitize farming. We have to make farming attractive again.”

If the return to traditional technologies and systems was a big discussion, so too was the use of modern technologies and artificial intelligence as a solution to food security and diet. The technology could be harnessed for everything from testing the soil, to encouraging people, through the use of Apps, to follow healthy diets.

What is clear, though, is that there needs to be a shared agenda for the future.

“We need everyone to work together, we must travel the same road. We need lawmakers to enact clear rules,” Barilla concluded.