Simi Mehta holds a PhD in American Studies from School of International Studies, Jawaharlal Nehru University, New Delhi. She was a Fulbright Fellow at the Ohio State University 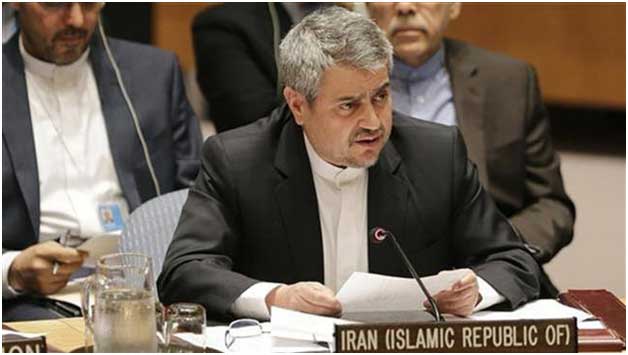 NEW DELHI, Jan 27 2020 (IPS) - The unease in the relations between the US and Iran have been in the international news for around a month now. Both sides have not shied away from using outright methods of warfare like the use of ballistic missiles and assassinations, along with attempts at economic and diplomatic sanctions.

There have been voices that have mentioned a possibility of a full-blown war in the Middle-East accentuated by US-Iran tensions. Given this background, this article attempts to connect the dots of the prevailing wariness with the historical antagonism between the two countries. It also reflects on the possible implications this might have on India.

Background
It all began in August 1953, when by the covert actions of the Secret Information Service (SIS) of the United Kingdom (UK) and the Central Investigation Agency (CIA) of the United States (US) connived a military coup- Operation Ajax, to topple the then Iran’s elected Prime Minister (PM) Mohammed Mossadegh, an ardent nationalist- who had plans to nationalize Iran’s oil industry and turn oil profits into investments for the Iranian people. The reasons for this coup d’état was that the US feared disruption in the global oil supply and worried about Iran joining the Soviet sphere of influence and the UK feared the loss of cheap Iranian oil.

In January 1963, the last Shah of Iran-Shah Mohammed Reza Pahlevi- who had close ties with the West, introduced the ‘White Revolution’ and was the harbinger of a series of reforms- for example: allowing women to vote, urban and rural modernization, reduction of religious estates in the name of land redistribution and free and compulsory education among others.

Iran’s Islamic fundamentalists, Shi’ite clergy and the landlords led by Ayatollah Khomeini, were enraged with Shah’s initiatives based on liberal ideals of western thought. They were successful in toppling the latter’s rule in 1979 after years of protests and bloodshed. This came to be known as the Iranian Revolution.

The Iranian revolutionaries took to hostage 52 staff of the US embassy in Tehran for 444 days, following which the US severed all diplomatic relations with Iran, banned American exports to the country and expelled Iranian diplomats. Iran was added to the list of state sponsors of terrorism after an attack by the Iran-backed militant group Hezbollah in Beirut in 1983 that killed 241 US Marines in Beirut.

On July 3, 1988, the American cruiser USS Vincennes fired a surface-to-air missile and shot down an Iran Air Flight 655- a passenger flight scheduled from Tehran to Dubai, over the Persian Gulf and killed all 290 aboard. The cruiser commander displayed an ‘error in identification’ and termed the commercial aircraft as a fighter aircraft.

The 9/11 attacks on the US soil led the then George W. Bush administration to designate Iran as part of the “Axis of Evil” for supporting terrorism and pursuing weapons of mass destruction. This was fueled by a 2002 controversy that erupted over Iran’s clandestine nuclear program, when the National Council of Resistance on Iran (NCRI), an Iranian exile group, revealed information that Iran had built nuclear-related facilities at Natanz and Arak that it had not revealed to the IAEA. The US government then began pushing for UN sanctions against Iran over its nuclear program.

Obama’s election as the US President saw a rise of optimism from the Ahmadinejad’s government for developing understanding with the US. This continued with the election of Hassan Rouhani as the Iranian President in 2013.

Obama-Rouhani administrations witnessed attempts at rapprochements between the US and Iran. The historic Iran nuclear deal between P5+1 (US, China, France, Russia and UK + Germany) and Iran was signed and was known as Joint Comprehensive Plan of Action (JCPOA), which freed over 100 billion dollars in frozen assets overseas for Iran and increased foreign access to the Iranian economy.

It severely limited Iran’s capacity to enrich uranium and mandated that international inspectors monitor and enforce Iran’s compliance with the agreement. In return, Iran was granted relief from international and US economic sanctions.

Trump and Escalation of Tensions with Iran

Though the inspectors regularly certified that Iran was abiding by the agreement’s terms, in May 2018 President Donald Trump withdrew the US from the agreement and by November all the sanctions against Iran were reinstated. Iran’s economy began to be strangled to pressure it from stopping the ballistic missiles program and to force it to abandon its nuclear ambitions.

Incidentally, this move by the US was regretted by the EU, UK, France, China and Germany. Iran rejected US’ unilateral decision and vowed to defy the sanctions against it. Trump continued with his sanctions-strategy and imposed them on Hassan Rouhani, Iran’s foreign minister, Mohammad Javad Zarif, and other top officials of Iran including Islamic Revolutionary Guard Corps (IGRC) of Iran. IGRC was designated as a terrorist organization.

Iran-backed Kataib Hezbollah attacked an air base in Iraq on December 27, 2019 where American and Iraqi forces were stationed. It killed a US civilian contractor and wounded several US and Iraqi service members. Airstrikes against the Kataib Hezbollah fighters in Iraq and Syria were ordered within two days.

Revenge and retaliation did not stop as the Iranian-backed militia groups chanting ‘death to America’ stormed the US Embassy in Baghdad on December 31, 2019, and burnt and defaced property.

On January 3, 2020, Iran received a massive jolt of the new decade when on the orders of President Trump, an American drone fired a missile that killed Major General Qassem Soleimani, leader of Iran’s elite Quds Force, as he prepared to leave the Baghdad airport. Soleimani was considered to be second most powerful man in Iran after Supreme Leader Ayatollah Khamenei.

As Iran entered a heightened state of alert, preparing for a possible US retaliation, out of “human error”, it accidentally shot down a commercial Ukrainian airliner departing Tehran for Kyiv, killing all 176 people aboard. With the Iranian forces demonstrating “highest level of readiness” at the time, the aircraft was mistaken for a “hostile target”.

India has a veteran diplomat S. Jaishankar as its Minister of External Affairs, and hence the position taken by India amid the US-Iran tussle is likely to avoid taking sides, either of the US or of Iran, in favour or against, since, it shares exceptionally good relations with both. India would continue to expand its economic and cultural ties with Iran and its Global Strategic Partnership with the US.

The US has understood the significance of Iran-India relations, imminent from the waivers provided to India in the recently legislated Countering America’s Adversaries Through Sanctions Act (CAATSA), allowing it to continue importing Iranian oil. Further, Iran’s strategic location provides the route through which India, blockaded by Pakistan, can fulfill its Eurasian ambitions.

The balanced, mature and status-quoist approach of India towards Iran was echoed by the Iranian Deputy Minister for Culture and Guidance of Iran Mohsin Jawadi, when he remarked that India-Iran relations were independent of the ongoing crisis Iran was facing back home. Javad Zarif acknowledged India as a dear friend, which also has good relations with the US. He exhorted the Indian leadership to encourage the US to come back to the negotiating table on the nuclear deal. The Chabahar project provides a route to Afghanistan and Central Asia. Because India and Iran are ‘complementary economies’, Iran has highlighted the need to ‘remove the dollar’ from their bilateral trade and instead concentrate on a ‘rupee-rial’ mechanism, which could ease the difficulties faced by them in bilateral trade due to financial sanctions posed on Iran by the US.

Jaishankar seems to have handled the US-Iran standoff over the last one year quite professionally, and accorded Prime Minister Narendra Modi the diplomatic agility to make calculated and successful visits to oil-rich kingdoms of United Arab Emirates and Saudi Arabia. In fact, Iran has been responsive in negotiating with these countries without any preconditions, and that it ‘would welcome India’s positive role’.

The US has been seeking to contain Iran’s nuclear program, had in the first place, itself helped create in 1957 under the Atoms for Peace Program. It provided Iran its first nuclear reactor and nuclear fuel, and after 1967 by providing Iran with weapons grade enriched uranium and continued it until the 1979 Iranian Revolution.

The downing of the Ukrainian airliner has an eerie similarity with the downing of the Iran Air in 1988 by the US. The reasons cited for both incidents were ‘human error’, and ‘miscalculation’. The fact that Iran used the 1988 incident as an instance for a revenge cannot be overruled.

Further, the US may advise Ukraine to file a case for compensation with the ICJ soon, alike the Iranian claims in 1989. While an all-out war between the US and Iran has been averted as of now, the crisis has important consequences for longer-term regional stability.

*Simi Mehta also serves as the CEO and Editorial Director of Impact and Policy Research Institute (IMPRI), New Delhi., and can be reached at simi@impriindia.org.