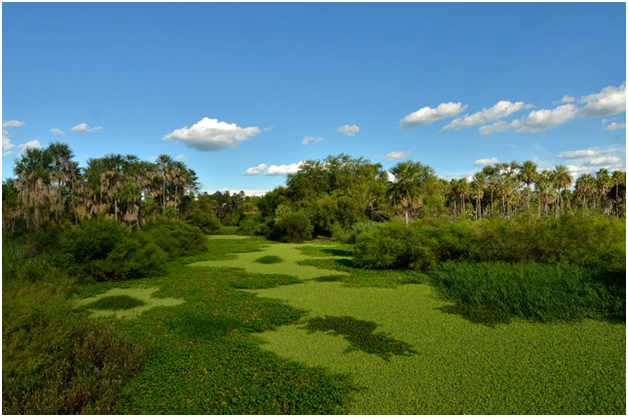 ASUNCION, Paraguay, Feb 14 2020 (IPS) - Imagine a forest that covered half of your entire country. A biodiverse forest which supports thousands of species from giant anteaters to armadillos to jaguars. A forest that is home to one the world’s last uncontacted tribes.1

That forest is in fact a reality in Paraguay, a South American country of seven million people, landlocked between Argentina, Brazil and Bolivia. It is home to much of the Gran Chaco forest that is considered the second largest forested landscape in South America — second only to the Amazon rainforest.

And like other countries which are home to the great forests of South America, Paraguay too battled raging wildfires in 2019.

But Paraguay’s portion of the Chaco forest is battling an even more existential challenge. This unique ecosystem, characterised by scrub forests, grassy plains, lagoons, marshes and jungles, is under threat from agricultural expansion, driven by cattle and soy production.2

The region has one of the highest rates of deforestation in the world. As NASA satellites have highlighted between 1987 and 2012, the forests in Paraguay lost nearly 44,000 square kilometres through conversion to farmland or grazing land. That’s an area roughly the size of Honduras.3

The scale of that destruction is both frightening and untenable.

Paraguay needed to support to reduce deforestation. And partly as a consequence of that destruction, the country was not able to fully realise the massive potential of its forests to support climate change mitigation.

Thus, Paraguay engaged in REDD+, a voluntary process under the UN Framework Convention on Climate Change (UNFCCC) which encourages developing countries to contribute to climate change mitigation efforts by reducing greenhouse gas emissions (GHG) from deforestation and forest degradation. The process also helps to increase the removal of GHGs from the earth’s atmosphere through the conservation, management, and expansion of forests. 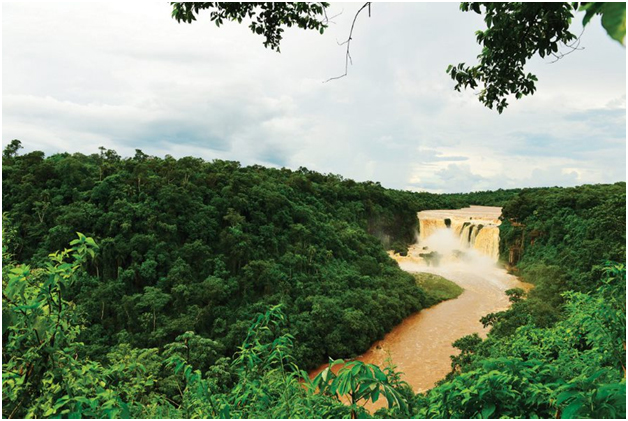 Since 2011, partners from across the UN System have collaborated closely to support Paraguay’s national REDD+ process through a range of tailor-made initiatives.

This collaboration also resulted in a new a National Forest Monitoring System for the country which allows for the reporting of forest carbon — reliable data on forest area and changes to forest area.4

Following this, and thanks to support from the World Bank’s Forest Carbon Partnership Facility since 2016, Paraguay advanced the elements of the UNFCCC Warsaw Framework for REDD+ – institutional prerequisites that make a country’s emission reductions in the forest sector eligible to exchange for results-based payments.

UN agencies are now jointly collaborating to advise Paraguay on accessing and managing result-based payments from a range of public and private sources thus ensuring robust fiduciary management and compliance with UNFCCC social and environment safeguards.

The first example of this collaboration is Paraguay’s proposal to the Green Climate Fund (GCF) pilot programme for REDD+ result-based payments, which was approved at the GCF board meeting in November 2019.

UNEP will play the role of Accredited Entity for this US $72 million proposal and implementation will be undertaken by the three UN-REDD partner agencies: UNDP, FAO and UNEP. UNDP will build upon the support provided for the development of Paraguay’s National Strategy on Forest for Sustainable Growth and will assist in the implementation of the Strategy’s policies and measures, informed by UNDP’s experience on the ground.

FAO will support improvement of the national forest monitoring system. It will also assist in the application of rigorous methodologies to assess, quantify, monitor, report and verify emission reductions at the national-level.

UNEP will support the definition of incentives to reduce deforestation and forest degradation. It will also boost social and environmental safeguards; and engage in communications and awareness-raising efforts.

Working together for nearly a decade, UN agencies have demonstrated the power of working as one to open the door for Paraguay to access significant international resources to implement its National Strategy on Forest for Sustainable Growth and achieve the mitigation goals set out in the country’s Nationally Determined Contribution (NDC) – or its “promise” towards the Paris Agreement.

The results of these wide-ranging partnerships are producing dividends. In 2019, Paraguay reported 26.7 MtCO2 of emission reductions – or a reduction of nearly 50 per cent for the forest sector.

We hope that Paraguay can serve as a “beacon state” to thrust countries around the world into further positive action to when it comes to the management of its forests as a nature-based solution to climate change — while also helping them to propel forward a range of related Sustainable Development Goals.