Jennifer Morgan is the Executive Director of Greenpeace International 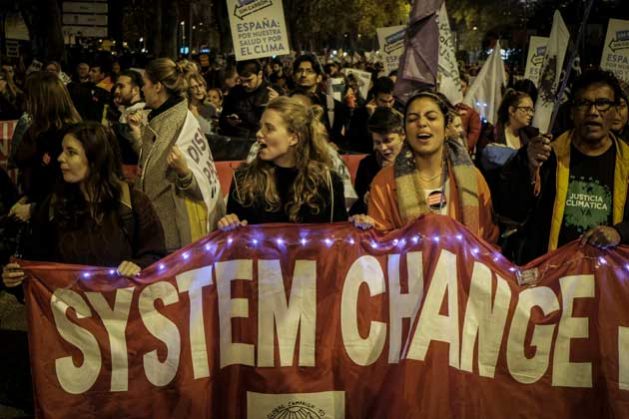 AMSTERDAM, the Netherlands, Mar 5 2020 (IPS) - Gender inequality – like the climate emergency – is not inevitable, but is kept in place by the poor choices too many cis men make on a daily basis. And it is not just womxn who are hurt and trapped by this patriarchal problem, but girls and non-binary people too, as well as many boys and men.

For millennia, gender inequality has been working very well for the majority of men. Globally, men hold 85% of senior leadership roles in companies, for example, while the 22 richest men in the world have more wealth than all of the womxn in Africa. None of this is by accident and many men are reluctant to change a system they think benefits them.

Meanwhile womxn remain on the frontlines of gender inequality and the climate emergency. And due to the patriarchy, unsurprisingly they are rarely heard on issues that deeply impact them, which as a result, affects society as a whole.

A great number of men do believe in gender equality and this needs to be acknowledged. But it is easy for men to merely ‘believe’ in something they subsequently reap social rewards for. Accepting that gender inequality exists – as much as the climate emergency – and taking positive action is crucial if we are to achieve a more equitable, peaceful and green planet.

Because the fact is equity across the world and spectrum would lead to more life satisfaction, better security and economies, and more sustainable solutions to climate change.

That’s why this International Women’s Day, I call on men to be more than feminist; to do more than just celebrate womxn.

For a start, we need men to be anti-patriarchal and anti-misogynist, and to be actively campaigning against climate denial, for the benefit of all. Only then would we begin to get closer to the #IWD2020 theme of equality. 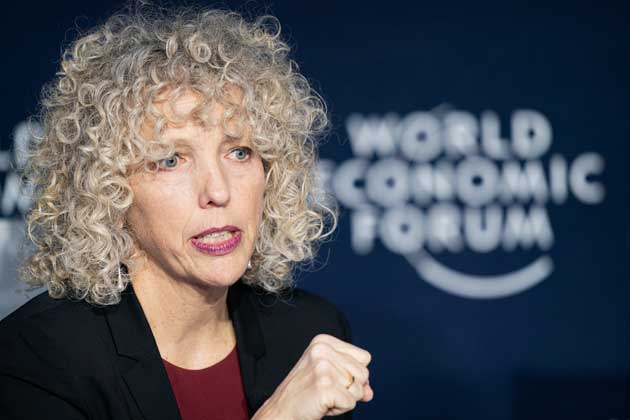 What I am calling for may sound overwhelming, but small individual changes in attitude can lead to huge progressive shifts in the stale social norms that are damaging too many people at our collective detriment.

“We are all parts of a whole. Our individual actions, conversations, behaviors and mindsets can have an impact on our larger society,” as the IWD organizers say.

Men can proactively start to promote gender equality in the spaces they dominate in many straightforward ways: by listening to womxn and not talking over them; crediting them for their ideas; rejecting male only settings; ensuring womxn are included on panels and sports teams; refusing to play into stereotypes, and calling out others who are being anti-womxn, anti-diversity and anti-science.

In my privileged position as a white Western female leading a global and diverse environmental organization, I strive to use my leadership to empower and protect, and include people of all backgrounds.

It often strikes me how I have more access to the halls of power than those with the experience of living on the frontlines of the climate emergency. Those dealing with the devastating droughts, floods and fires linked to climate change, who predominantly are womxn who are Black, Indigenous, of color, from the Global South.

They are truly powerful people, from whom I get much inspiration, and yet their voices remain too often unheard by decision-makers, policymakers, the media, and beyond, due to the patriarchy. Amplifying these womxn’s voices and increasing their access to opportunities and platforms is central to my mission, and the mission of Greenpeace.

For there can be no green peace without gender equality. At Greenpeace, we aspire to become a leader in building and supporting a workforce that more accurately reflects the diversity of the global community Greenpeace serves, as well as the values the organization espouses, and have initiatives on harassment prevention, unconscious bias and structural power.

We take a zero-tolerance position on sexual, verbal, or physical harassment, bullying and any kind of discrimination based on gender, race, sexual orientation, gender identity, disability, faith, or any other aspect of our beings.

We will continue to examine how systematic marginalization and issues of equity intersect with our core mission and values as Greenpeace. We do this work readily because people power is linked to virtually everything Greenpeace does, from the impact we can make in the world to our ability to thrive as part of a movement.

We must always try to act in a way that sees, values, and embraces people in all their diversity. Boosting the voices of those the patriarchy actively tries to silence will lead to greater equity and better climate solutions.

Remarkable womxn are already leading the charge from Autumn Peltier and Brianna Fruean, the matriarchs of Wet’suwet’en fighting the Coastal Gas Link pipeline, to Vanessa Nakata and Winona LaDuke, among the many others.

But the patriarchy is man-made, much like climate change. It is more than time for cis men to combat gender inequality and the climate emergency alongside womxn, whom they should truly accept as their equals.