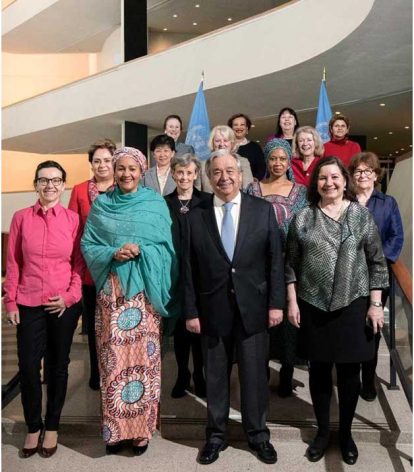 UNITED NATIONS, Mar 11 2020 (IPS) - The United Nations claims it has reached one of its primary goals relating to women’s rights in the world body: gender parity at senior levels of management and in the highest echelons of the Organization.

Leading the way, besides the UN Secretariat, is UN Women, ‘the United Nations Entity for Gender Equality and the Empowerment of Women’, created by the UN General Assembly back in July 2010.

Katja Pehrman, UN Women’s Senior Advisor on Gender Parity and the Focal Point for Women in the UN System, told IPS that 85% of UN Women at senior management (at D1 level or higher) are female.

“Achieving gender parity at the top level is indeed a major accomplishment and takes place for the first time in UN’s history,” she pointed out, as the UN commemorated International Women’s Day (IWD) on March 8.

Secretary-General, Antonio Guterres, “is truly leading by example, and this achievement comes at an opportune time as we are celebrating the twenty-fifth anniversary of the Beijing Declaration and Platform for Action, where the goal of equal representation of women and men was established”.

As the Secretary-General also has made clear, she pointed out, the parity agenda is not merely about numbers but also about transforming the organizational culture. Only that can guarantee sustainable results.

As part of its strong mandate, and through the network of 350 Gender Focal Points, UN-Women helps to guide the UN system on how to build a more inclusive and equal work environment in support of gender parity, she noted.

“This happens through the Enabling Environment Guidelines for the UN system which were published last year and include recommendations on standards of conduct, family-friendly policies, recruitments and flexible working arrangements,” she declared. 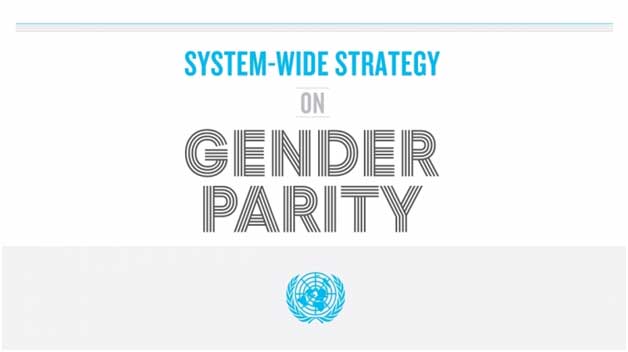 “This represents a first step for full gender parity in 2028 at all levels of the UN which remains our basic objectives,” she said.

Guterres told delegates on March 9 that in January this year “we achieved gender parity – 90 women and 90 men – in the ranks of our full-time senior leadership, two years ahead of the target that I set at the start of my tenure, and we have a roadmap for parity at all levels in the coming years”.

Still, he complained that “women in parliaments are still outnumbered three-to-one by men, women still earn just 77 cents for every dollar earned by men, and unpaid care and domestic work remain stubbornly feminized the world over”.

In some areas, he said, progress towards gender equality has stalled or even gone into reverse.

“Some countries have rolled back laws that protect women from violence; others are reducing civic space; still others are pursuing economic and immigration policies that indirectly discriminate against women,” Guterres said.

Outlining some of the steps he plans to take in the future, the Secretary-General said: “I have reminded the entire senior leadership team about the special measures we have in place to advance parity throughout the system”.

Ian Richards, President of the 60,000-strong Coordinating Committee of International Staff Unions and Associations (CCISUA), told IPS the biggest problem remains the low representation of women in the field.

“Women certainly face greater challenges than men in certain field locations, particularly regarding access to relevant healthcare, and there is a lot the UN can do to improve the field working environment,” he said.

But the Secretary-General’s proposal– now before the General Assembly– to only fire men during downsizing exercises is not the way forward and is legally and ethically dubious, he added.

There needs to be a change in how the field is marketed.

“There are plenty of women in the field making successful careers at every grade yet the overall impression remains that the field is mainly for men.”

He said women in the field need to be held up as role models so that others follow. Human Resources needs to listen to their experiences and understand what the challenges are and how they can be overcome.

Aside from having better diversity on the frontline, said Richards, a key reason to have more women in the field is because those who rise to the top of the UN are more likely to have passed through the field on their way up.

Looking at it from another angle, a surefire way to get better gender equality in the field would be to make it compulsory for all staff who want to get to senior positions to take up at least one prior assignment in the field, with no opt-puts according to gender.

“But it wouldn’t be to the taste of everyone,” declared Richards. 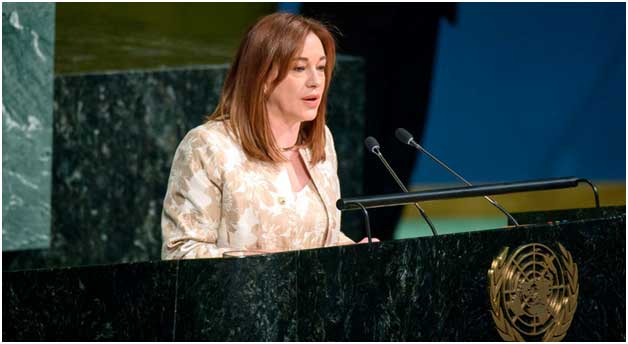 Maria Fernanda Espinosa of Ecuador, only the fourth female to be elected as President of the General Assembly in its 74-year history of overwhelmingly male Presidents. Credit: United Nations

While the UN secretariat and the UN’s affiliated agencies have made progress on gender parity and gender empowerment, the 193 member states have lagged far behind.

In its 74-year history, the General Assembly has elected only four women as presidents – Vijaya Lakshmi Pandit of India (1953), Angie Brooks of Liberia (1969), Sheikha Haya Rashed Al-Khalifa of Bahrain (2006) and Maria Fernanda Espinosa of Ecuador (2018)

The 15-member Security Council’s track record is probably worse because it has continued to elect men as UN Secretaries-General, rubber-stamped by the General Assembly.

You can find more about the UN’s gender parity strategy at the UN here: https://reform.un.org/content/gender-parity-strategy

A few additional sources of information: