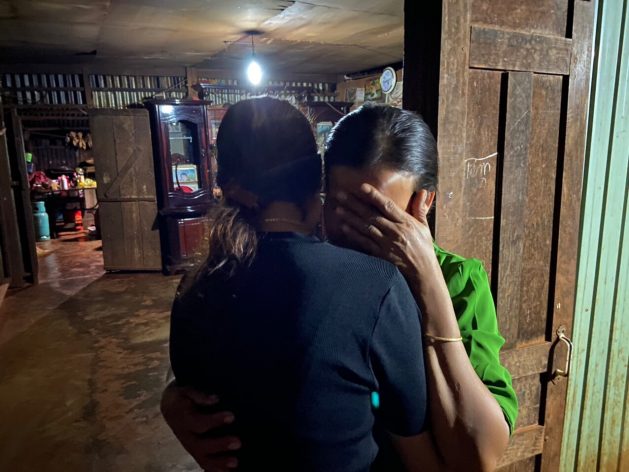 SYDNEY, Australia, May 18 2020 (IPS) - A single mother, Mai (name changed) had the responsibility of providing for her young son and grandparents, who had brought her up in a poor rural province in southern Vietnam’s Mekong Delta. While she was looking for employment, somebody approached her on social media with an offer of a high-paying job in China. When she arrived in China, she was sold into a forced marriage.

For two months, Mai suffered violence and beatings from her ‘husband’, who kept her locked in the house. When she tried to fight back, the ‘husband’ sold her to another man seeking a wife. She was forced to have sex as the family wanted a child. When she became pregnant, she was given some freedom and allowed to work in a nearby shoe factory. Desperate to escape this forced marriage and modern slavery, she managed to connect online with a Vietnamese man, who referred her to Blue Dragon Children’s Foundation, an Australian charity working in Vietnam.

Mai is amongst a small number of fortunate women, who were able to seek help and be rescued. She returned to Vietnam in December 2018, and after the police were able to arrest her trafficker, she was reunited with her family.

“I have been able to rebuild my life with Blue Dragon’s support. Recently, I have completed hospitality training and have a part-time job in a city café. I can save some money to send to my grandparents, who are nurturing my children,” Mai told IPS through a social worker.

Her experience resonates with many young Vietnamese women, who are tricked and trafficked into sexual slavery. Blue Dragon Children’s Foundation rescues 110 to 130 women each year. Its co-CEO Skye Maconachie told IPS, “Once rescued and returned to Vietnam, their family situation usually hasn’t changed and they are still impoverished and vulnerable to being re-trafficked or exploited. Our teams provide emotional, psychological, basic living and legal support as they work with each survivor to help them learn skills and get employment.”

While survivors seek normalcy on first returning home, Maconachie said, “It is not until later in their recovery that the trauma they have experienced emerges and impacts them with flashbacks, Post-Traumatic Stress Disorder, low self-esteem, fear and distrust.” 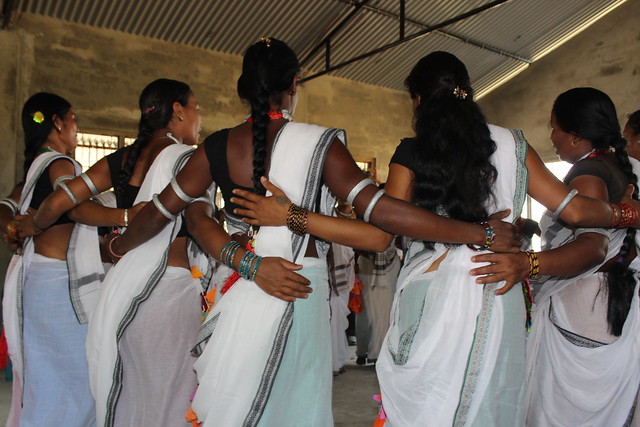 The Asia and Pacific region predominates in the numbers of victims of modern slavery. The region had 55 percent of the victims of forced marriage worldwide. Credit Zofeen Ebrahim/IPS

Walk Free’s Senior Research Analyst, Elise Gordon told IPS, “Our research has indicated that traditional views of the role of women, girls and children could be contributing to increased vulnerability to forced and underage marriage, forced sexual exploitation, and commercial sexual exploitation of children in the Asia Pacific region.”

Trafficking contravenes fundamental human rights and freedoms. As Australian Red Cross’ National Coordinator for Trafficked People Program, Sally Chapman told IPS, “We are concerned that people who have been trafficked may be subject to various forms of physical, sexual and emotional violence. They are often afraid of arrest, detention and deportation; don’t trust authorities, and can also be discriminated against throughout any referral and support processes. The impact can be significant and include permanent control and/or monitoring of their movement, fear of physical retaliation, death, or reprisal against or harm to their loved ones.”

The Australian Red Cross last year provided assistance with essential items, such as food, toiletries and clothes while addressing accommodation, health and wellbeing needs to individuals identifying as being from 48 different countries.

Chapman cautioned, “During disasters and crises, people can be displaced from their homes, separated from their family members, school and employment can be interrupted, and systems of social support and law and order can break down. These factors can exacerbate the risk of trafficking, particularly for women and girls. The humanitarian impact of climate change and extreme weather events is likely to increase trafficking and forms of exploitation and slavery.”

The Australian Red Cross works to raise awareness in communities so that the general public, service providers and authorities can reduce risks; recognise the signs of exploitation, trafficking, slavery; be able to respond safely; and refer someone for help and support.

As Jenny Stanger, Executive Manager of the Catholic Archdiocese of Sydney’s Anti-Slavery Taskforce told IPS, “Awareness about trafficking and slavery outside the sex industry has grown only in the last decade. Human trafficking for organ removal poses new challenges. There is a global shortage of organs and there are a lot of vulnerable people who might be willing to sell their organs. There is also mounting evidence that prisoners in China are forcibly having their organs harvested for profit”.

Global Financial Integrity (GFI) estimates that 10 percent of all organ transplants including lungs, heart and liver, are done via trafficked organs. The most prominent organ traded illicitly is the kidney. The World Health Organisation estimated that 10,000 kidneys are traded on the black market worldwide annually, or more than one every hour.

Stanger, who has worked as a case manager and advocate for survivors of trafficking and slavery for over two decades, relates the story of a Filipino woman, who was approached by an Australian couple visiting the Philippines. They were looking for a kidney donor and they offered the woman money and permanent residency in Australia if she were to donate a kidney to their dying family member. The woman was advised by her own community that this was a good opportunity for her, so she agreed.

After arriving in Australia, she was treated poorly and forced to clean and cook for the dying recipient and her husband. By chance the woman disclosed the complete nature of the arrangement to a health worker in the hospital where the transplant was to take place and that person contacted Stanger for assistance. The kidney transplant did not take place and the recipient eventually died.

“In the end, the government response to human trafficking recognised the Filipino woman as a human trafficking victim. She was able to stay in Australia after she chose to cooperate with the Australian Federal Police in an investigation that was unable to be prosecuted. This failure changed Australian law forever because, at the time, the Commonwealth Criminal Code did have an offence to adequately address organ trafficking.  A new ‘organ trafficking’ offence was enacted in 2013,” Stanger explained.

“COVID 19 has demonstrated that when the whole world decides to take action to address a critical issue, change is possible. I hope that one day our leaders will truly recognise the tragedy of modern slavery and find the political will to make freedom from modern slavery a reality for everyone, ” Stanger added.