Sarah Rogerson is a researcher at Global Canopy. Prior to Global Canopy, she has worked on corporate environmental transparency with both CDP and the Climate Disclosure Standards Board, and on domestic recycling and engagement with Keep Britain Tidy. She has a degree in Natural Sciences (Zoology) from the University of Cambridge 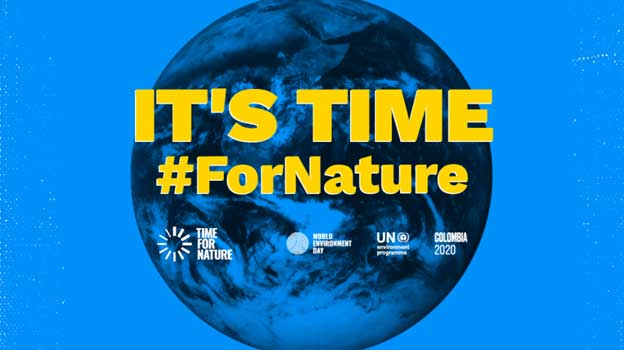 Despite global commitments from a growing number of governments, companies and financial institutions, the money and effort being directed towards damaging development far exceeds the efforts being made to support sustainable livelihoods. We have not, as a global community managed to put the brakes on the juggernaut of unsustainable economic development. Credit: United Nations

OXFORD, UK, Nov 23 2020 (IPS) - At the beginning of 2020, there were hopes that this would be a ’super year for nature’. It has not turned out that way. Tropical forests, so crucial for biodiversity, the climate and the indigenous communities who live in them, have continued to be destroyed at alarming rates. In fact, despite the shutdown of large parts of the global economy, rates of deforestation globally have increased since last year.

The market forces driving deforestation are baked deep into the system of global trade. Agricultural expansion for commodities such as soy and palm oil accounts for two thirds of the problem worldwide. And forests are also being cleared to make way for mining, and for infrastructure to link once remote areas to the global markets they supply.

Coal mining is estimated to affect 1.74 million hectares of forest in Indonesia alone, with as much as nine percent of the country’s remaining forests at risk from permits for new mines. And the threat to forests from road building is significant, with 25 million kilometres of roads likely to be built by 2050, mainly in developing countries.

Underpinning these industries is over a trillion dollars a year in financing from financial institutions around the world. This investment and lending is the fuel that keeps the deforestation fires alight.

Six years ago, governments, companies and civil society signed the New York Declaration on Forests, setting a goal to end global deforestation by 2030. Each year, an independent civil society network led by Climate Focus and including Global Canopy provides a progress assessment. This year, it focuses on the NYDF goals of reducing deforestation from mining and infrastructure by 2020 (goal 3), and supporting alternatives to deforestation for subsistence needs (goal 4).

The findings are an urgent wake-up call. The threat to forests worldwide from these activities is growing, and indigenous people and local communities continue to bear a devastating cost.

But the report also highlights opportunities for progress. A growing number of governments are facing up to this issue and some companies are waking up to the risks of inaction. The same is true of the finance sector, which could become a driver of transformational change.

The opportunity for finance

Financial institutions do not, it must be recognised, have a great track record on these issues. Global Canopy’s annual Forest 500 assessment of the most influential financial institutions in agricultural and timber forest-risk supply chains has consistently found that the majority do not publicly recognise a need to engage on the issue of deforestation.

Fewer still publish clear information about how they will deal with deforestation risks identified in their portfolios, and none of the 150 financial institutions assessed in 2019 had policies across all relevant human rights issues. As a result, investment and lending has largely continued to flow to companies linked to land grabs and deforestation.

Nearly 87% of indigenous territories in the Amazon are recognised in Brazilian law, yet government concessions for mining and oil extraction overlap nearly 24% of recognised territories. This infringement of the communities’ rights is being overlooked by the companies involved, and by the financial institutions that finance them.

Yet there are signs of change. In June this year a group of 29 investors requested meetings with the Brazilian government because of concerns about the fires raging in the Amazon. Some, including BlackRock, have said they will engage with the companies they finance on deforestation risks. And some have gone further, with Citigroup, Standard Chartered, and Rabobank disinvesting from Indonesian food giant Indofood following concerns about deforestation linked to palm oil, and Nordea Asset Management dropped investments in Brazilian meat giant, JBS.

There is also support for the Equator Principles, which provide a framework for banks and investors to assess and manage social and environmental risks in project finance. Companies in the mining and extractive sectors are among the 110 financial institutions to have signed up, although reporting on implementation is voluntary and patchy.

There is also growing recognition that biodiversity loss represents a risk to investments. More than 30 financial institutions have joined an informal working group to develop a Task Force for Nature-related Disclosure (TNFD), intended to help financial institutions shift finance away from destructive activities such as deforestation. Some within the sector are developing new impact investment products designed to support poverty alleviation and sustainable development.

And there are also signs of a shift in development banks – whose finance plays such a critical role in so many development projects in the Global South. Just this month, public development banks from around the world made a joint declaration to “support the transformation of the global economy and societies toward sustainable and resilient development”.

It is of course one thing to recognise the problem, another to solve it. Transforming the finance sector so that money is moved away from mining or agricultural projects linked to deforestation, and invested in sustainable alternatives that benefit local communities is an enormous challenge – made all the more difficult by the lack of transparency that currently engulfs these sectors.

For while the banks and investors funding deforestation activities are all too often invisible to the local communities and indigenous groups on the ground, those communities, and the impacts of financial investments on their land and livelihoods are similarly invisible or ignored.

But these links are increasingly being brought into the light, and new tools and technologies are bringing a new level of transparency and accountability. The new Trase Finance tool is a great example, it maps the deforestation risks for investors linked to Brazilian soy and beef, and Indonesian palm oil, and aims to extend coverage to include half of major forest-risk commodities by next year. Bringing about a new era of radical transparency could be the key for moving beyond recognition and into real solutions.

Grassroots movements can play an important role in demanding accountability from the companies and financial institutions involved where land rights are affected. Campaigns can raise awareness with the wider public, creating a reputational risk for the companies involved, and for the financial institutions that finance them. Campaigners have targeted BlackRock for its investments in JBS, for example, pushing for greater action from the investor.

Governments in consumer countries are also increasingly looking at how they can reduce their exposure to deforestation in imported products, with both the European Union and UK proposing mandatory due diligence for companies, requiring far greater transparency from all involved. These measures should be strengthened to include due diligence on human rights.

We are all implicated in tropical deforestation – as consumers, as pension-fund holders, as citizens. In the Global North, economies rely on commodities produced in developing and emerging economies, enabled by production practices linked with deforestation.

Despite global commitments from a growing number of governments, companies and financial institutions, the money and effort being directed towards damaging development far exceeds the efforts being made to support sustainable livelihoods. We have not, as a global community managed to put the brakes on the juggernaut of unsustainable economic development.

To meet the NYDF goal of ending deforestation by 2030, as well as climate goals under the Paris Agreement, this must change urgently, and the finance sector is crucial to making this happen.