At the core of landmark Security Council Resolution 1325 (2000) on Women, Peace and Security is the assertion of women’s right to participate in decisions related to war and peace.

The United Nations is conducting a 16-day social media campaign from 25 November to 10 December 2020 for its 2020 Campaign: 16 Days of Activism Against Gender-Based Violence. The 16 Days of Activism is a worldwide campaign calling for the elimination of all forms of gender-based violence (GBV). Credit: UN Office of Disarmament Affairs (UNODA)

GENEVA, Dec 3 2020 (IPS) - “What does the Women, Peace and Security Agenda have to do with arms control and disarmament?”.

Under varying formulations, this question keeps coming up whenever someone refers to the Women, Peace and Security (WPS) Agenda as a basis for ensuring that women’s voices and their specific security needs were taken into account in multilateral arms control discussions.

Even for those supportive of bringing gender equality concerns to disarmament fora, the linkages between WPS and arms control were not always clear. To tackle this, UNIDIR’s Gender and Disarmament programme initiated a nine-month research project that resulted in Connecting the Dots, a report that outlines the interconnections between arms control and the WPS Agenda and sets out concrete ideas for further dialogue and collaboration among distinct policy communities.

The WPS Agenda and arms control and disarmament share the broader goal of preventing and reducing armed violence. The current trend towards gender-responsive arms control is strengthening these synergies, highlighting the importance of women’s meaningful participation in discussions related to weapons.

At the core of landmark Security Council Resolution 1325 (2000) on Women, Peace and Security is the assertion of women’s right to participate in decisions related to war and peace.

Likewise, that resolution acknowledges that conflict affects women and girls differently to men and, therefore, crisis management, humanitarian and development responses need to take account of the specific needs of women and girls.

Since SCR 1325 (2000), the Security Council has adopted ten resolutions on WPS, collectively forming the basis for what is often referred to as the WPS Agenda. It is commonly defined as having four interconnected pillars:

Arms control and disarmament measures can strengthen all those pillars, effectively helping to implement the WPS Agenda. Despite these convergences, multilateral processes on WPS have rarely addressed the governance of weapons.

For its part, initiatives in the field of arms control and disarmament to improve women’s participation and tackle gendered impacts of weapons have not been framed explicitly in connection with the WPS Agenda.

How do we explain this disconnect? UNIDIR found two misconceptions that hinder the integration of WPS and arms control. 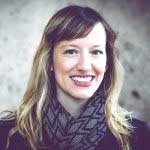 First, is the belief that gender relates primarily or even exclusively to women and girls. This is not the case. Gender is a broad construct that refers to the roles, behaviours, activities and attributes that a given society at a given time considers appropriate or a “norm” for women and men, for girls and boys, and for non-binary or gender-fluid people.

Gender norms are socially constructed differences – as opposed to biological differences (sex) – and they function as social rules of behaviour, setting out what is desirable and possible to do as a man or a woman in a given context.

Gender points to a relational view of male, female, and trans categories as contextually and relationally defined. Thus, the way women interact with issues of weapons and armed conflict cannot be addressed by focusing only on women.

For this conversation to be effective, men and masculinities must be part of the Agenda. Moreover, as long as gender-related debates are considered “women’s issues”, their reach will be limited and progress towards the integration of gender perspectives into arms control and disarmament will be slow.

The second misconception is that WPS resolutions only apply to conflict or post-conflict situations and, thus, would not be relevant to multilateral arms control processes, which tend to be seen as instruments negotiated by and for societies considered to be at peace.

But this is not true, as many of the WPS-related activities are relevant in peacetime as well, especially those that deal with prevention of violence in general and of violence against women and girls. Femicides, in which weapons play a role, are particularly visible in areas or countries that are otherwise relatively peaceful.

As the WPS Agenda enters its third decade, states and civil society actors are looking for ways to strengthen its implementation. UNIDIR’s research offers several recommendations to contribute to those efforts.

• Go beyond merely adding women. Efforts should be taken to ensure that women, men and persons of other gender identities affected by armed violence can meaningfully participate in arms control and disarmament. This could take participation to the next level, overcoming the simplistic notion that gender equates to women.
• In addition to small arms control, the goals of prevention and protection should inform multilateral processes on cybersecurity. After all, online gender-based violence (GBV) is a serious issue and it can turn into armed violence, as we have seen in attacks perpetrated by the so-called incels
• Lessons learned from gender-sensitive victim assistance in mine action should be applied to protocols and agreements dealing with weapons of mass destruction. In view of sex-specific and gendered effects of chemical, biological
and nuclear weapons, a gender-responsive approach to assistance under WMD treaties could help states and their populations to become more resilient and recover more rapidly.

Ultimately, the WPS Agenda provides a practical structure for the comprehensive integration of gender perspectives across the whole range of arms control and disarmament processes. Bringing these policy areas closer should be of equal interest to both arms control practitioners as well as WPS advocates.

This piece presents findings from a larger research project. The author is grateful to Dr. Renata Dwan and Dr. Henri Myrttinen for their contribution and insights.

The opinions articulated above represent the views of the author, and do not necessarily reflect the position of the European Leadership Network (ELN) or any of the ELN’s members. The ELN’s aim is to encourage debates that will help develop Europe’s capacity to address pressing foreign, defence, and security challenges.