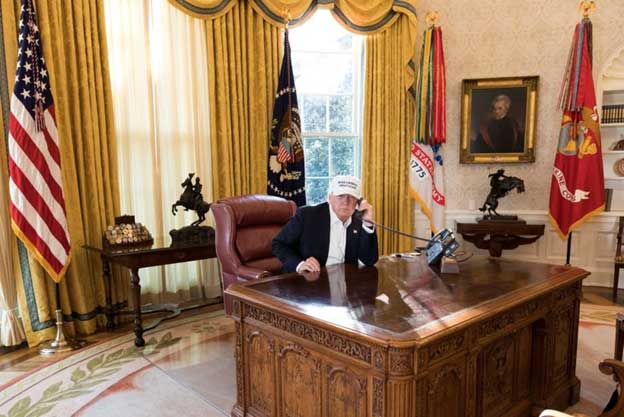 OXFORD, Dec 1 2020 (IPS) - Covid-19 is on track to be the deadliest and one of the most catastrophic epidemics since the 1918-1919 flu pandemic, which infected about 500 million people or one-third of the world’s population at the time. The number of deaths was estimated somewhere between 17 and 50 million, and possibly as high as 100 million worldwide.

The first observations of illness and mortality were documented in December 1917 at Camp Greene, North Carolina. To maintain morale, World War I censors minimized reports of casualties, but as newspapers in neutral Spain were free to report the epidemic deaths, it was wrongly named “the Spanish Flu”.

The Covid-19 pandemic will also have widespread and long-lasting political, economic, and social consequences, challenging many equations on the international arena and perhaps even changing the balance of power between the United States and China. One of the main effects of the pandemic in the international context has been in the way that different countries have dealt with it.

Unfortunately, it is the nation that is bearing the main cost of the mismanagement, arrogance, selfishness and inaction of the president. President Trump’s approach to the pandemic has been abysmal and the nation has been paying the price of that inaction

Covid-19 was first reported in Wuhan, capital of China’s Hubei province, in December 2019. On December 31, 2019, the World Health Organisation’s (WHO) China office heard the first reports of a previously-unknown virus behind a number of pneumonia cases in Wuhan. The Chinese government responded immediately to the initial outbreak by placing Wuhan and nearby cities under a de-facto quarantine encompassing roughly 50 million people in Hubei province.

The WHO quickly warned other countries of the highly infectious virus and, as early as January 30, it designated Covid-19 a “public health emergency of international concern”. Then, on March 11, it officially declared the Covid-19 outbreak a pandemic. The statement by its director-general Tedros Adhanom Ghebreyesus read: “WHO has been assessing this outbreak around the clock and we are deeply concerned both by the alarming levels of spread and severity, and by the alarming levels of inaction.”

So, WHO warned the world about the existence of the deadly Covid-19 virus on January 30, and on March 11 classified it as a pandemic and bemoaned “the alarming levels of inaction.” Due to the total lockdown of Hubei province, the Chinese limited the spread of the virus and brought it under control. Consequently, as of 29 November 2020, Covid-19 has infected 92,300 and killed 4,742 people in China.

However, the situation has been starkly different in many other countries. The figures in the United States as of 29 November 2020 are 13,216,193 cases and 265,897 deaths, by far the largest number in the world. In other words, China has experienced 0.34 deaths per 100,000 people, while the figure for the US is 77.19 per 100,000 people, or 227 times greater. The United States has about four percent of the global population, but over 20 percent of Covid-19 cases. The number of Covid patients in hospitals has reached a new record high.

It is often argued that the low number of cases in China has been due to the authoritarian nature of the state, but other democracies such as Australia, New Zealand, South Korea and some European countries have fared much better than the United States too.

Australia has had 27,885 cases and 907 deaths, New Zealand 2,050 cases and 25 deaths, South Korea 33,375 cases and 522 deaths. Germany, like the rest of Europe, has suffered badly as the result of Covid-19, but there have been only 1.04 million cases and 16,011 deaths. This means that with a population four times that of Germany’s, the number of deaths in the United States is nearly 16 times higher.

Consequently, while China, South Korea, New Zealand and some other East Asian countries have been able to allow their citizens to attend work and school, and enjoy restaurants, theatres and sporting events, the United States and much of Europe have languished under lockdown for a much longer period. While China has seen a growth of 4.9% between July and September compared to the same quarter last year, the United States and much of Europe are in the throes of deep recession.

In the United States the economic fallout for the working class has been severe. Unemployment has skyrocketed with 45.4 million new unemployment claims since March, and at least 1/6th of those with jobs before the pandemic now out of work. As many as 40 million renters may be facing eviction by the end of the year.

So, the reason for this disparity between the countries with higher levels of mortality and those with much fewer cases has nothing to do with being authoritarian versus democratic. It has been mainly due to the lack of management, denial of science, putting personal interests ahead of the public good and closing one’s eyes to reality.

Even before the start of the pandemic, in May 2018, the White House disbanded the pandemic response team. In July 2019, the administration decided to eliminate the post of the epidemiologist in the Centers for Disease Control (CDC). As a result, the country was ill-prepared to cope with a major pandemic.

On January 22, when many cases of Covid-19 had been detected in the United States, the President boasted: “We have it totally under control. It’s one person coming in from China. It’s going to be just fine.” At other times, he called the report of the pandemic a hoax perpetrated by the Democrats to harm his re-election chances.

Initially, the president praised China’s handling of the coronavirus, saying: “China has been working very hard to contain the Coronavirus. The United States greatly appreciates their efforts and transparency. It will all work out well. In particular, on behalf of the American People, I want to thank President Xi.”

However, later on, instead of following what President Xi had done to contain the virus, Trump blamed China for the spread of the pandemic in the United States, calling it “the Chinese virus”.

As late as February 27, he said: “It’s going to disappear. One day, it’s like a miracle, it will disappear.” Instead of introducing a lockdown, on March 4 he said: “If we have thousands or hundreds of thousands of people that get better just by, you know, sitting around and even going to work — some of them go to work, but they get better.”

Instead of listening to the experts, he began advocating the use of untested drugs, such as “drinking hydroxychloroquine.” His justification for advocating it was: “I like this stuff. I really get it. People are surprised that I understand it… Every one of these doctors said, ‘How do you know so much about this?’ Maybe I have a natural ability. Maybe I should have done that instead of running for president.”

He gave exaggerated figures about the number of tests that were carried out or the PPE that had been distributed, but hospitals were suffering from a lack of equipment and low levels of tests. The Atlantic reported that less than 14,000 tests had been done in the ten weeks since the administration had first been notified of the virus, though Vice-President Mike Pence who had been put in charge of the pandemic had promised the week prior that 1.5 million tests would be available by this time.

At one point, the president advocated injecting disinfectant, saying: “I see the disinfectant that knocks it out in a minute, one minute. And is there a way we can do something like that by injection inside or almost a cleaning? As you see, it gets in the lungs, it does a tremendous number on the lungs, so it would be interesting to check that.”

It was basically this lack of scientific outlook, mismanagement, relying upon his own ill-informed feelings, lack of concern for the public good, with excessive attention paid to his re-election that contributed to the United States having one of the worst cases of the pandemic in the world. It has already cost the lives of more than a quarter of a million Americans, devastated many lives, brought the economy to a halt and may cost the country trillions of dollars before it is over.

It is the job of the president to lead, to guide, to inform and to set an example. However, President Trump failed miserably on all counts. He belittled the danger of the pandemic, ignored the experts, refused to wear a mask and even encouraged his followers to do the same, with the result that the number of infections and deaths is still showing an upward trend.

The pandemic might have cost President Trump his second term, but taking wrong decisions has a cost. Unfortunately, it is the nation that is bearing the main cost of the mismanagement, arrogance, selfishness and inaction of the president. President Trump’s approach to the pandemic has been abysmal and the nation has been paying the price of that inaction.

His unscientific approach can also be seen in relation to the issue of climate change which is a much more serious and long-term threat that is facing mankind and for which there are no vaccines. As one of the most technologically-advanced countries, the United States needs a president who at least does not effectively campaign against scientific facts.

Farhang Jahanpour is a British national of Iranian origin. He is a former professor and dean of the Faculty of Languages at the University of Isfahan and a former Senior Research Scholar at Harvard. He taught Persian Literature at Cambridge University for five years and for more than 30 years he taught courses on the Middle East at the Department of Continuing Education at the University of Oxford. He also served as Editor for Middle East and North Africa at BBC Monitoring for 21 years.