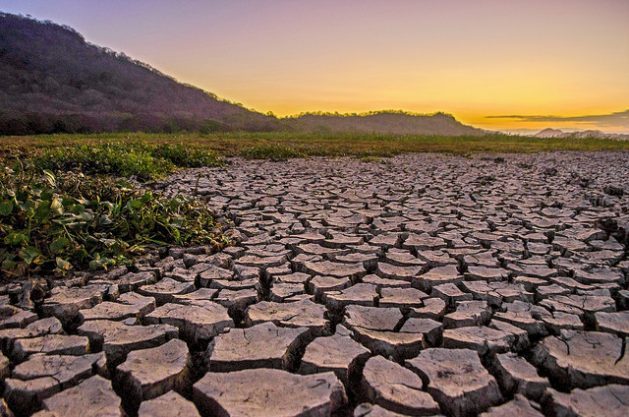 Climate change, while affecting all of us, will be felt by the youth, who do not have an alternative planet. Credit: Miriet Abrego/IPS.

URBANA, Illinois, Apr 26 2021 (IPS) - Recently, I participated in Kids Climate Summit 2021, a virtual event that gave younger students an opportunity to take a stance on climate change, express their concerns, and learn about global climate and the actions we all can take to mitigate climate change.

Among the other panelists were an elected Member of U.S. Congress, Rep Sean Casten, who serves on several House Committees including House Select Committee on the Climate Crisis, and House Science, Space, and Technology, an astrophysicist, Jeffrey Bennett, and a 19 year old climate justice activist, Jamie Margolin.

Over a month ago, I also participated in another webinar -broadening our horizons-organized by an Eighth grader who is passionate about educating communities on the climate crisis. Through her webinars, Nyla hopes to “amplify voices, to educate and inspire change.”

Listening to young people take a stance on climate change and hearing their well-articulated and very alarming concerns about the changing climate re-inspired my commitment to do my best and to keep calling on everyone to take action to ensure our younger generation inherits a livable planet.

Around the world, young people continue to speak up while demanding for actions by elected officials, Governments, Corporations and researchers like myself and everyday citizens. For example, last month, on March 19, the Fridays for Future climate activism movement, led by Greta Thunberg, organized a strike in 68 countries to call out World powers “empty promises” to cut down greenhouse gas emissions.

Undoubtedly so, young people have a reason to be mad and to protest. Despite, countries setting goals, according to the United Nations Climate Change, recently published NDC Synthesis report,  Climate Commitments are NOT on track to meet Paris Agreement Goals.

Governments, corporations and all stakeholders in climate change, must listen. Young voices ideas and demands must be acted upon.

The White House under President Biden recently announced its environmental justice advisory 26 member’s council and among those appointed is an 18 year old, from New York, who has been engaged with climate crisis protests. He will have a seat at the table, helping give input to the American Government as it creates climate policies.  This should be the norm. As a matter of fact, all elected State Governors, Senators and corporations and other climate agencies that have advisory boards should include and appoint the youth. They deserve a seat at the table at all climate change.

Alternatively, governments and all stakeholders including corporations need to carve out spaces to bring youth and listen to their voices, ideas and demands. This is beginning to happen and it is commendable to see Presidents and Governments carving out spaces to include youth.

For example, recently the UK government, Italy and Singapore held a youth climate dialogue that was aimed at driving youth action and understanding their concerns on issues of sustainability and climate change. Moreover, the ideas brought forward need to be included in policy formulations. And if possible, youth should also be involved in disaster preparedness planning and response actions.

Importantly, institutions of higher learning and research centers where climate change research happens should do their best to ensure that the youth have recent information about the science and other developments in climate change.

Society at large would benefit from having youth that understand climate system and the initiatives governments are taking to mitigate it and know how to apply the most recent science in their engagement endeavors.

This calls for more scientists to not only do the research, but, communicate it in formats that are accessible. Doing so will ensure that young students and everyday citizens who want to be guided by science in taking climate action to have what they need.

It is encouraging to see professional societies where the scientists belong to actively rolling out science communication training workshops and events to ensure that scientists have numerous opportunities to learn how to communicate their science to the public.

Even better, scientific journals are beginning to cater for young students. For example, Frontiers for Young Minds is a journal publishing articles in format that are accessible to young students, because they are the ones who review the articles.

Climate change, while affecting all of us, will be felt by the youth, who do not have an alternative planet. Their voices must be heard, and their ideas incorporated in climate mitigation and adaptation policies. They must be involved at every level of taking action against climate change.