In individuals, insanity is rare; but in groups, parties, nations and epochs, it is the rule. 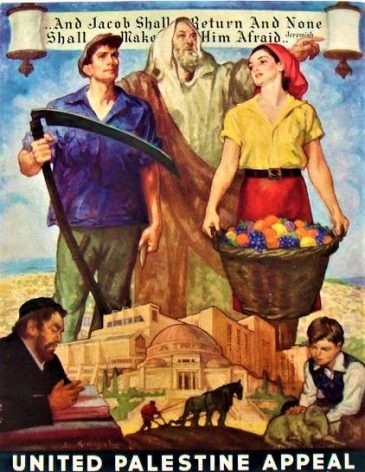 STOCKHOLM / ROME, May 31 2021 (IPS) - I hear about casualties and numbers, but cannot perceive the faces, the human beings behind them. A week ago, eleven days of havoc ended after at least 243 people, including more than 100 women and children, had been killed in the Gaza Strip and 12 people, including two children, in Israel. An open, gravely infected wound which continuous to bleed, causing never ending human suffering.

The issue of Palestine and Israel generates strong emotions and quite often aggressiveness, making it difficult to nuance opinions and causes, an endeavour that may be likened to stepping out on a minefield. The reasons for the catastrophe is quite correctly considered to be a question about politics, religion, and ethnicity, though the dimension of personal suffering is easily forgotten.

Judaism (Yahadut) is a religion, while “Jews” are not a race. All Jews are not adherent to Judaism, though most Jews identify themselves as belonging to an ethnic group, others consider them all to be both a “race” and adherents to Judaism. In world politics, Israel is generally characterized as a “democratic Jewish state”, a notion that has been criticized as an anomaly. Generally speaking, a democratic nation ought to adhere to a principle meaning that every citizen is considered to be equal and it is difficult to reconcile such a perception with constructs like “Christian nations” or “Islamic Republics”. Nevertheless, as late as in 2014, Israel’s cabinet advanced a bill that would define Israel as “the nation-state of the Jewish people”, declaring that Jewish law would be a “source of inspiration” for its Parliament.

The existence of Israel as a “Jewish state” is less than a hundred years old. In 1917, the so called Balfour Declaration was announced by the British government, stating its support for the establishment of a “national home for the Jewish people” in Palestine. Why should the British in 1917 care about the fate of the Jews? The answer is that the British Empire was at war with the Ottoman Empire and needed support from Jews and Arabs who were subjects to Turkish rulers, allied with Britain’s enemies – Germany and Austria-Hungary.

In 1920, leading men of the victorious powers met in the Italian seaside resort San Remo to divide the defeated Ottoman Empire. It was decided that Great Britain would receive a governing mandate for Mesopotamia (Iraq) and Palestine. A prerequisite for the British temporary rule over Palestine was that they were supposed to prepare the creation of a “Jewish homeland”. After the horrors of World War II, when six million Jews had been deliberately and systematically exterminated within a Nazi-dominated Europe, the United Nations did in 1947 approve of the so called Resolution 181, which recommended a partition of the former British mandate of Palestine into “a Jewish state, an Arab state, and a Special International Regime for the City of Jerusalem.”

At that time, 1,181,000 Muslims, 630,000 Jews and 143,000 Christians lived in Palestine. Most Muslims opposed an “ethnic” partition of their homeland. According to the UN plan, the majority of the land (56 percent) would go to a “Jewish state”, at that stage Jews legally owned only seven percent of the area supposed to be designated to them, while the territories proposed to end up within an “Arab state” contained much land deemed to be unfit for agriculture. When the British Mandate expired on the 14th of May 1948, the Jewish People’s Council, which had accepted the UN partition, declared “the establishment of a Jewish state in Eretz-Israel, to be known as the State of Israel.” The day after, war broke out between Israel and surrounding Arab States, which had not accepted the partition of Palestine. However, since they suspected that the Arab States did not intend to support the establishment of an independent Palestinian state, few Palestinian Arabs joined the Arab Liberation Army.

The war ended in 1949 with an armistice which meant that the Gaza Strip and the West Bank (including East Jerusalem) were occupied by Egypt and Transjordan respectively. This First Arab-Israel War was followed by a second one in 1956, and in 1967 the so called Six Day War was waged from June 5 to June 10 between Israel and Jordan, Syria and Egypt. The Israeli army captured the West Bank from Jordan, the Golan Heights from Syria, and the Gaza Strip and Sinai Peninsula from Egypt. The Six Day War was in 1973 followed by the October War, but Israel was able to hold on to its occupied territories.

Partly as a result of these wars, more than 850,000 Jews left Muslim dominated nations and entered Israel, often due to persecution, anti-Semitism and outright expulsion. However, Palestinians who fled, or were evicted, from Israel, were often not welcomed in other nations. As of 2020, more than 5.6 million Palestinians were still registered with The United Nations Relief and Works Agency for Palestine Refugees in the Near East (UNRWA) as refugees, of which more than 1.5 million continue to live in UNRWA-run camps.

On the 7th of June 2021, Israeli has occupied the West Bank for 53 years. An 8 metres high wall now separates Israel from its conquered territory, which has been split into 167 Palestinian “islands”, under partial Palestinian National Authority civil rule, while 230 Israeli “settlements” has been established inside the area. Israel maintains complete “security control” for over 60 percent of the West Bank territory.

After the Six Day War, the United Nations Security Council adopted Resolution 242, which established the categorical prohibition under international law to acquire territory by force. The Oslo Accords, which in 1993 were signed by Israel and the Palestine Liberation Organization (PLO), established that a negotiation process would aim at achieving a peace treaty based on the UN resolution 242 and the “right of the Palestinian people to self-determination.” However, these aims seem to be lost in a dim future, while Israel continues to support “Jewish settlements” on the West Bank, treating their residents under Israeli law.

In 1982, as a result of the 1979 Egypt-Israel Peace Treaty, Israel withdrew from the Sinai Peninsula and in 2005 Jewish settlements in the Gaza Strip were dismantled and Israeli troops left the area. Nevertheless, Israel retained its control of airspace, territorial waters, border crossings, currency and trade. After local elections in June 2007, Hamas took control of Gaza and after rocket attacks on Israel the Gaza Strip was by Israel declared as “enemy territory”. Israeli retaliation attacks have so far killed approximately 3,450 Palestinians in Gaza, while Israeli causalities have been estimated at 200, of whom 33 have died during rockets attacks.

Approximately 2 million people live in the Gaza strip. With the excuse that terrorists use Gaza as a base, the area has been blocked by both Israel and Egypt. It is not only the smuggling of weapons that is affected by this blockade – import of vital building materials, medicine and food is also obstructed. Along the Israeli border, Gaza is separated by a six metres high wall, supplemented by an underground barrier several metres in depth and equipped with sensors that can detect tunnel construction. A six metres high wall has also been constructed along the Gaza-Egypt border, as well as an underground steel barrier extending 18 meters into the ground.

Getting accustomed to the senseless killing and destruction in Gaza world opinion seems to have become numb to the suffering. People have been turned into abstractions, politically determined numbers. This is completely opposed to the teaching of two Jewish philosophers, Martin Buber and Emmanuel Levinas, who as many Jews had been scared by the exterminations during World War II.

Even if Martin Buber (1878-1965) was a deeply religious Jew, he was opposed to the establishment of a “Jewish state”. He wanted Palestine to be an exemplary society without a Jewish domination over Arabs, hoping and believing that the two groups one day would live in peace within a shared nation. According to Buber, some persons live on the basis of their essence, trying to adapt themselves to their inner sense of being, while others live according to imagery, determined to adapt to the opinions of others and thus turn human existence into an abstraction. Authenticity depends on how we relate to others, or ability to meet and talk casually and unconditionally. To live is to be listened to and be seen, as well as listening, seeing and feeling.

Buber’s most important book was called I and Thou and Emmanuel Levinas (1905-1995) developed Buber’s thoughts further. Levinas taught that we “must welcome the other”, recognize other persons as “fellow beings”. The face-to-face encounter with “the other” is the primal moment from which all language and communication spring. The face of the other demands that we care for her/him because it establishes the basic I-Thou relationship. Recognition of and care for the other is the basis for resistance to the merciless callousness of genocides, which arise from a reduction of human beings to the status of commodities. To look into the face of the other is to hear the injunction not to kill.

This may sound banal, but it was written by persons who knew what suffering was. Such voices need to be listened to and it is now high time that the international community unities to amend all this animosity, suffering and bloodshed. Human rights have to be assured and respected, the UN resolutions must be followed, otherwise the misery will be endless. This is far from utopian thinking, it is a necessity.