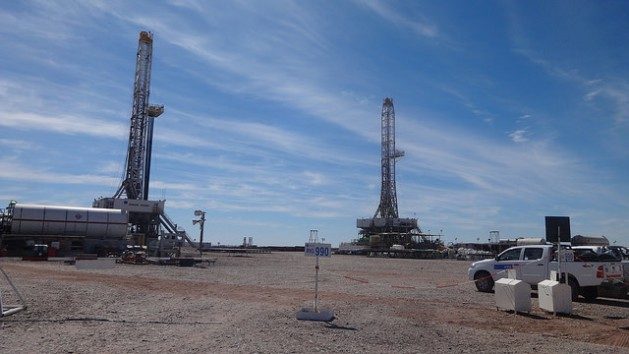 BUENOS AIRES, Jun 24 2021 (IPS) - Latin America is investing too little in a green recovery from the Covid-19 pandemic, with only 2.2% of the region’s stimulus funds spent on environmentally sustainable projects last year, according to a new platform developed by Oxford University and the UN.

Last year, the 33 countries of the region allocated US$318 billion to fiscal and stimulus measures to alleviate the economic impacts of the pandemic, of which only $46 billion qualifies as green, according to the platform. The percentage is significantly lower than the 19% it calculates as the global average.

“The region has reached an economic crossroads. Either governments continue to support the old, dying industries of the past or invest in sustainable industries that can drive future prosperity,” said Brian O’Callaghan of Oxford University. “The new economic opportunities for the region are monumental.”

The region has reached an economic crossroads. Either governments continue to support the old, dying industries of the past or invest in sustainable industries that can drive future prosperity,
Brian O'Callaghan, Oxford University

Analysis of more than 1,100 policies shows that 77% of Latin America’s pandemic recovery budget was allocated to short-term rescue measures to address urgent needs and save lives. Only 16.1% went towards long-term recovery plans.

On average, the region allocated US$490 per capita to pandemic recovery, while in other developing economies the figure averages $650. Only six countries spent more than 0.1% of their GDP on recovery plans. They were Chile (14.9%), Bolivia (10.5%) and Brazil (9.26%).

Guy Edwards, a researcher on the geopolitics of climate change and Latin America, said the region is at risk of being left behind if it doesn’t change direction. He called for a review of spending plans and the careful elimination of fossil fuel subsidies to reduce the negative impact on fiscal accounts, emissions and deadly air pollution.

“Working with countries to align their recovery plans with the Paris Agreement will be a vital first step,” he said, adding; “This requires supporting countries to prioritise investments and policies to protect nature and boost renewable energy and clean public transport, which can create jobs, reduce inequality and tackle the root causes of migration.”

Latin America: An economy in recession

Latin America’s GDP fell by 7.7% last year and will not return to pre-pandemic levels until 2024, according to the UN’s Economic Commission for Latin America and the Caribbean (ECLAC). As elsewhere in the world, countries have been urged to seize the crisis as an opportunity to initiate a green recovery.

However, achieving this has proven difficult for Latin America. In addition to responding to the demands of the pandemic, governments in the region have to cope with high levels of sovereign debt to private creditors, multilateral agencies and, in some cases, China.

“The response to the pandemic is leading to increased debt, which limits our ability to direct investments towards environmental sustainability. However, putting climate action as a driver of recovery has never been more important,” said Andrea Meza, Costa Rica’s environment and energy minister.

The region has accounted for nearly a third of all global deaths from Covid-19, despite being home to 8% of the world’s population, UNEP said. The situation has pushed environmental and climate policies down the list of government priorities in most countries.

The new Oxford University platform, which for now uses preliminary data, revealed that most pandemic recovery funds have been spent on infrastructure for fossil energy sources and unsustainable port and airport infrastructure, leading to increased carbon emissions.

Argentina, Mexico and Brazil focused their post-pandemic spending on these polluting sectors, providing increased subsidies to fossil fuel companies and boosting new projects. Chile, Jamaica and Colombia, meanwhile, stood out for their efforts in electric transport and renewable energy.

“We seek to develop short-term measures but with a long-term vision, promoting the circular economy and new businesses associated with natural capital,” said Daniel Gómez Gaviria, deputy director of Colombia’s National Planning Department. “Government revenues are concentrated in fossil fuels and minerals, so we need to diversify.”

Boosting a green recovery in Latin America not only makes sense in environmental terms but also in economic terms, thanks to the numerous benefits and jobs that could be generated.

The 2015 Paris Agreement aims to limit global warming to 2°C by the end of the century. To achieve this, greenhouse gas emissions must peak as soon as possible and then fall to zero by 2050.

The transition to net emissions is technically possible in Latin America, according to a report by the Inter-American Development Bank (IDB), through carbon-free electricity production, electrification of industry and transport, and enhanced energy efficiency.

“There is still an opportunity for governments in the region to pursue smart and environmentally sustainable investments. The benefits of that kind of spending are really very good,” O’Callaghan said. “A green recovery can reduce inequality and lead to sustainable economies.”

The region would save up to US$621 billion annually if the energy and transport sectors achieved emissions neutrality by 2050, while generating 7.7 million new jobs, according to a report by the United Nations Environment Programme (UNEP).

Most countries’ climate commitments submitted so far fall short of meeting Paris Agreement targets. Latin America is no exception, according to ECLAC. To reverse this, new, more ambitious commitments are expected in the run-up to the COP26 climate summit in November.

Latin America accounts for 5% of global emissions, mostly from the energy sector, agriculture and land-use change. But the proportion is increasing as countries continue to develop fossil fuels and fail to embark on an energy transition.

Costa Rica remains the only country in Latin America to have officially presented, and started to implement, a long-term decarbonisation strategy, which includes the energy sector. Other countries such as Chile and Argentina are working on it and could present their respective plans this year.

Edwards said: “The design of long-term decarbonisation plans, working closely with all stakeholders, can help to guide the recovery and support governments to select sustainable infrastructure projects to help people and get economies aligned with the Paris goals and the Sustainable Development Goals.”