Despite gains in the last few decades, global targets set out five years ago have not been met. UN officials told a High-Level Meeting on AIDS this week that among populations such as sex workers and women and girls in Sub-Saharan Africa, discrimination, gender-based violence and criminalisation are fuelling the epidemic. 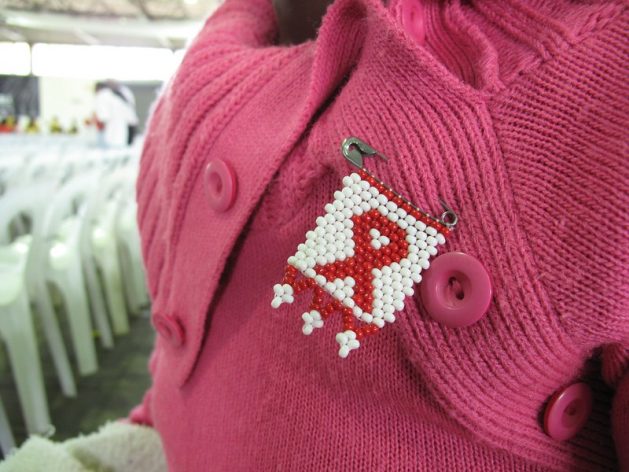 UN officials say they are worried that the achievements in the HIV/AIDS response are uneven and the most vulnerable are at highest risk. They say the new targets are urgently needed. Credit: Kristin Palitza/IPS

UNITED NATIONS, Jun 9 2021 (IPS) - World leaders, those on the frontlines of the AIDS response, civil society, academics and youth have agreed that there is no way to end AIDS as a public health threat by 2030 without tackling persistent inequalities among marginalised groups.

The leaders on Tuesday adopted a new set of targets to end the epidemic. Called the Global AIDS Strategy 2021-2026, it builds on the 2016 Political Declaration on Ending AIDS, with more ambitious plans to tackle issues like discrimination and criminalisation of same-sex relations.

It contains pledges to decrease the annual number of new HIV infections to below 370,000 and AIDS-related deaths to 250,000 while eliminating new infections among children.

It sets a 2025 target to end HIV-related discrimination in all forms and to bring life-saving HIV treatment to 34 million people.

UN officials say since the first confirmed case of HIV in 1981 there has been significant progress in understanding and responding to the disease. This includes a 61 percent decrease in AIDS-related deaths since a peak in 2004 and ‘dozens of countries’ meeting or surpassing the targets set out to fast-track AIDS response in the 2016 Declaration.

But they are worried that the achievements are uneven and the most vulnerable are at highest risk. They say the new targets are urgently needed.

“The COVID-19 pandemic, conflict, and humanitarian emergencies, have impeded progress as health systems are placed under immense strain, and critical services and supply chains are disrupted,” said Volkan Bozkir, President of the 75th Session of the UN General Assembly. “Tragically stigma and discrimination persist, further isolating those already marginalised.”

Bozkir told the hybrid event that while all forms of inequality must be eliminated, HIV statistics among young women make a compelling case for prioritising an end to gender inequality.

According to UNAIDS, young women are twice as likely to be living with HIV as young men. In 2020, 6 out of every 7 new HIV infections among young people, aged between 15-19 in sub-Saharan Africa, were girls.

“Every girl and every woman must be free to exercise their fundamental human rights, to make their own decisions, to live a life free from fear of gender-based violence and to be treated with dignity and respect. All girls should have equal access to quality education. This is the foundation for a society where women feel safe to take their rightful place in the workplace, public life, politics, and decision-making,” he said.

Yana Panfilova, a 23-year-old Ukrainian woman who was born with HIV appealed to world leaders to help the millions of people with HIV who struggle daily with fear and isolation.

“Millions of people with HIV may have HIV pills, but they live in a world where their families and their societies do not accept them for who they are. I am here today as the voice of 38 million people living with HIV. For some of us, pills are keeping us alive, but we are dying from the pandemics of stigma, discrimination,” she said.

“The AIDS response is still leaving millions behind. LGBTIQ people, sex workers, people who use drugs, migrants and prisoners, teenagers, young people, women and children who also deserve an ordinary life, with the same rights and dignity enjoyed by most people in this hall.”

The Executive Director of UNAIDS Winnie Byanyima stated that HIV rates are not following the course outlined in the 2016 Agreement and warned that as part of the fall-out from the COVID-19 crisis, it is possible to see a resurgent AIDS pandemic.

“The evidence and analysis are clear. Inequalities in power, status, rights and voice are driving the HIV pandemic. Inequalities kill. As the Global AIDS strategy sets out: to end AIDS, we have to end the inequalities which perpetuate it,” Byanyima said.

The UNAIDS Chief said the world should applaud the new measures to confront the AIDS epidemic, adding that the policies and services needed to end AIDS will prove useful in beating COVID-19 and prepare the world for future pandemics.

“We cannot be neutral on inequalities. To get back on track to ending AIDS, we must be deliberate in confronting them. The only alternative is a vicious cycle of injustice, illness, and emergency. The most unrealistic thing we could do now is to imagine we can overcome our crises through minor adjustments or tinkering.”