ROME, Jun 4 2021 (IPS) - Requiring in-person voting to elect the governing bodies of UN agencies may exclude the countries most affected by travel restrictions derived from the pandemic

The United Nations were conceived to correct the design and management mistakes of the League of Nations, which could not prevent the Second World War. This is how, in 1945, the UN was born with the purpose of preserving peace. It was no coincidence that the first institution of the new international architecture specialized in issues of food and agriculture. The then West German leader Willy Brandt would summarize that decision in a 1973 speech to the UN General Assembly: “Where there is hunger, there is no peace.” 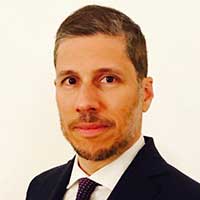 Hunger casts a shadow over the human condition. Consequently, the governments of the world decided to place the Food and Agriculture Organization of the United Nations, better known as FAO, at the forefront of global efforts towards the eradication of hunger.

As a knowledge and technical research entity, FAO reproduces the work areas that Ministries of Agriculture cover in each country, from identifying the fastest growing and most fertile seeds to reducing post-harvest losses, caring for the soil, water management, or the fight against pathogens that threaten plant, fishery, and livestock production.

It is at FAO where country delegates find a neutral platform to examine scientific studies on nutritious and healthy diets, protection of ecosystems and biodiversity, or the benefits of agroecology, among many other topics. The organization’s technical staff identifies good practices, provide advice, and create local capacities to increase productivity in sustainable ways, especially in the face of challenges brought by climate change, as I expressed at the VI World Rural Forum held in Bilbao in March 2019 as Chairman of the Committee on World Food Security.

In the halls of FAO, nowadays transferred to virtual media as a result of the pandemic, we debate, negotiate, and agree by consensus policy recommendations for implementing quality standards and promoting inclusive rural development, so that men, women, and young farmers may remain in their communities and achieve their financial aspirations there.

My country, the Dominican Republic, which shares a small Caribbean island with the Republic of Haiti, is a founding member of the UN, and was the third country to ratify its Charter. From Santo Domingo, where I was born in 1970, the government of President Luis Abinader prioritizes, together with the fight against the pandemic, all links of the agri-food chain.

In this context, my name arises along with other ambassadors as a possible successor to Pakistani Khalid Mehboob in the presidency of the FAO Council, the command post of the agency from which 49 countries from all continents debate, harmonize and drive the organization’s strategic course. Based on these agreements, the Director-General (Chinese Qu Dongyu, who in 2019 succeeded Brazilian José Graziano da Silva) is in charge of managing the organization.

The other two candidates to chair the Council are my old friends, Hungarian Zoltán Kálmán and Dutch Hans Hoogeveen. The European Union could not agree on presenting a single candidacy, and I am honored to be the only candidate from the developing world, with a platform of inclusion, transparency, and sensitivity to the political, social, and cultural differences of Member States. I aspire to seek consensus decisions that strengthen the institution for the benefit of all.

Those who follow the Latin American political scene might be surprised to learn that the Dominican candidacy draws support from a wide ideological range: from Havana to Brasilia, passing through Caracas, Buenos Aires, San Salvador, and Bogotá. Countries of the Sahel, sub-Saharan Africa, Asia, and Oceania are joining our proposal.

But why should the reader be interested in the ins and outs of an internal election at a UN agency?

Going back to the beginning, and to the will of the United Nations to correct past mistakes: the “One country, one vote” method that governs the UN tempers the power dynamics that have characterized international relations. Therefore, the votes of Tuvalu, Nauru, and Palau, three Pacific island countries that add up to 40,000 citizens in an area equal to 70 football fields, are worth the same as those of China, India, and the United States, countries that host 40 per cent of humanity and whose combined territory is twice the size of Europe.

However, in this election, an obstacle could alter this egalitarian approach among countries which encourages negotiations and striving for consensus. At the biennial FAO Conference, to be held from 14 to 18 June, it will be decided whether or not to allow electronic voting. Some delegations demand that the vote can only be exercised in person in Rome, at the FAO headquarters, without considering the travel restrictions derived from the fight against covid-19 —which affect countries to a greater extent further afield— expressly rejecting delegates’ participation in decision-making from the relative safety of their capitals.

The presidency of the FAO Council provides an opportunity to build bridges, foster inclusive dialogue, and seek consensus on the implementation of the 2030 Agenda for Sustainable Development under the slogan “Leave no one behind”. That is why we ask that the countries most affected by the pandemic and those with the least options for traveling not be left without a voice. Strengthening FAO for the benefit of all —all— its members is the only way to eradicate hunger and all forms of malnutrition. It is one of the moral obligations of our time because, as long as hunger persists, there will be no peace.

Mario Arvelo, Permanent Representative of the Dominican Republic to the Rome-based agencies of the United Nations, is a candidate for presiding the FAO Council.