SANTA CRUZ, California, Jun 25 2021 (IPS) - In July, the United Nations will convene “Science Days”, a high-profile event in preparation for the UN Food Systems Summit later this year. Over the course of two days, the world will be treated to a parade of Zoom sessions aimed at “highlighting the centrality of science, technology and innovation for food systems transformation.” 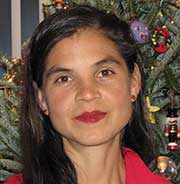 Nobody disputes the need for urgent action to transform the food system. But the UNFSS has been criticized by human rights experts for its top-down and non-transparent organization. Indigenous peoples, peasants, and civil society groups around the world know their hard-won rights are under attack. Many are protesting the summit’s legitimacy and organizing counter-mobilizations.

Scientists are also contesting a summit because of its selective embrace of science, as seen in a boycott letter signed by nearly 300 academics, from Brazil to Italy to Japan.

Through the Summit, “science” has been weaponized by powerful actors not only to promote a technology-driven approach to food systems, but also to fragment global food security governance and create institutions more amenable to the demands of agribusiness.

The UNFSS was announced in 2019 by the UN Secretary General as part of the Decade of Action to achieve the Sustainable Development Goals by 2030. The announcement came just after the UN signed a strategic partnership with the World Economic Forum. It also elicited outcry from social movements when Agnes Kalibata, President of the Alliance for a Green Revolution in Africa, was chosen to lead the forum — a powerful signal of UNFSS allegiances.

The “multi-stakeholder” structure of the summit has raised concerns from observers who recognize the privatization of multilateral public governance it presages. While Kalibata describes the UNFSS as an inclusive “peoples’ summit,” more than 500 smallholder and peasant organizations signed a letter criticizing the summit’s multi-stakeholder platforms: “Instead of drawing from the innovative governance experiences that the UN system has to offer, the UN-WEF partnership is helping to establishing “stakeholder capitalism” as a governance model for the entire planet.” 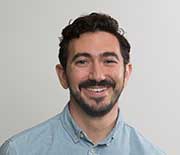 Through one lens, multistakeholderism looks like a set of “inclusive” practices: the summit has five Action Tracks (e.g. “Ensuring Access to Safe and Nutritious Food for All” and “Boosting Nature Positive Production at Sufficient Scale”), an endless number of “dialogues,” and an elaborate online forum where anyone can participate.

However, this profusion of spaces obscures the fact that the UNFSS has no built-in structures of accountability. This is particularly troublesome because, as UN special rapporteurs have observed, the summit’s process was pre-determined by a small set of actors: “The private sector, organizations serving the private sector (notably the World Economic Forum), scientists, and economists initiated the process. The table was set with their perspectives, knowledge, interests and biases.”

The scientific ideas shaping those parameters, then, should invite our curiosity and concern. What kinds of science are included — and excluded? What are the implications for the future of global food system governance?

A new Scientific Group of the UNFSS, created to support a “science- and evidence-based summit,” provides some clues. In theory, the Scientific Group works to “ensure the robustness, breadth and independence of the science that underpins the summit and its outcomes.” In practice, the Group’s practices impoverish the scientific base on which the summit is meant to make policies.

Unlike existing global science advisory panels where experts are nominated through an inclusive and democratic process, the Scientific Group is handpicking experts amenable to “game-changing” solutions — access to gene-edited seeds, digital and data-driven technologies, and global commodity markets. 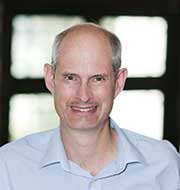 As a result, key areas of expertise, such as agroecology, Indigenous knowledge, and human rights are being excluded while industry and investor-friendly viewpoints are promoted as visionary.

While the Scientific Group appears at first to be diverse in terms of disciplines and geographies, it in fact reflects a set of overlapping, elite networks. Partners include well-worn institutional champions of the Green Revolution (the CGIAR), the central nervous system for “free trade” policy globally (the World Trade Organization), and a powerful consortium of wealthy nation-states (the Organisation for Economic Cooperation and Development), among others.

By drawing on these networks, the Scientific Group is serving as a gatekeeper for determining the meaning and boundaries of “science.” An analysis of its publications reveals critical flaws stemming from the Scientific Group’s narrow approach to scientific expertise. These include:

• Science, technology, and innovation are uprooted from their political-economic and social conditions. As a result, structural drivers that produce hunger even as they generate wealth (e.g. for Bill Gates) are eclipsed in favor of boosting productivity with a twist of sustainability.
• Biotechnology, Big Data, and global value chains are offered as the solution to all agronomic problems and the crisis of overfishing.
• Multicultural “digital” inclusion is redeployed to promote Black, Brown, and Indigenous incorporation into an imperial model of Science, Technology, and Innovation. This ignores the rich knowledge these communities already hold — and obscures that Indigenous and agroecological knowledge cannot survive without land.

Science can and should play a role in global food governance. But far from the current UNFSS model, science can support in all its complexity and breadth, alongside many other expertises with equal rights to shape the future of food.

Maywa Montenegro works as an assistant professor of Environmental Studies at the University of California, Santa Cruz, specializing in politics of knowledge, biotechnology, and agroecology.

Matthew Canfield is an assistant professor of Law and Society & Law and Development at Leiden Law School specializing in human rights and global food governance.

Alastair Iles works as an associate professor at the University of California, Berkeley, researching agroecology policies and sustainability transitions.