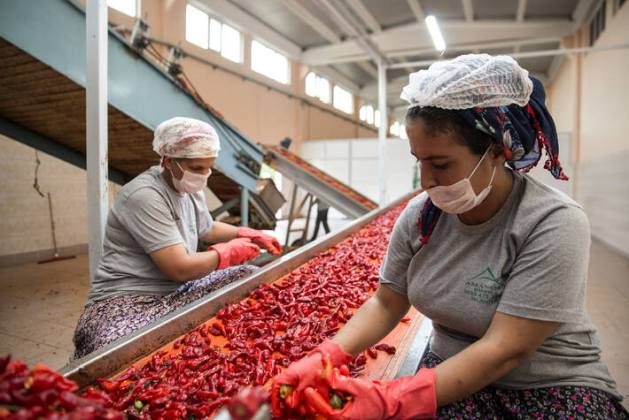 ROME, Jul 15 2021 (IPS) - Europe, the United States and other countries have made important progress in reducing the dramatic impact of COVID-19 in key sectors of the economy and population. However, in some parts of Africa, Latin America, Asia and the Middle East, the devastating effects of the pandemic continue to severely affect these sectors. One sector in particular, the food and agriculture sector, has been deeply impacted.

This was one of the issues discussed at the meeting of the Ministers of Foreign Affairs and International Cooperation held on 29 June in Matera, Italy, within the framework of the Group of 20 (G20), under the Italian Presidency. The topic of food sustainability was addressed at the meeting in view of the ongoing impacts of COVID-19.

One of the approved initiatives was the creation of a coalition in favour of food that allows countries, whether multilaterally or bilaterally, to find common paths based on successful practices that different countries have carried out throughout this period beginning in early 2020.

The idea of the Food Coalition sends a clear signal – each country, on its own, will not be able to cope with the difficulties that the pandemic has caused or worsened.

According to FAO data, over 100 million more people could fall into hunger because of COVID-19, further increasing the current figure of 690 million hungry people

This initiative is part of a broader internal debate within the Food and Agriculture Organization of the United Nations (FAO) to identify ways to address the potential worsening of poverty and hunger due to the effects of the pandemic.

In 2015, more than 150 heads of state and government made a commitment, to achieve 17 Sustainable Development Goals by 2030. Two of these goals set out to eliminate poverty and hunger. If action is not taken to recover from the effects of the pandemic, we risk not being able to reach our goal by that time. According to FAO data, over 100 million more people could fall into hunger because of COVID-19, further increasing the current figure of 690 million hungry people (according to figures announced in July 2020).

On the contrary, if they continue this path, in 2030, more than 840 million people around the world could starve despite the efforts that have been made to date.

The initiative is about building a coalition with a common vision that takes into account the aspects of food sustainability, health, the environment and the economy.

The participation of different public and private actors was precisely one of the topics that was discussed during the aforementioned G20 meeting in Matera. This resulted in the launch of a call for joint global or regional initiatives that can be summarized at the meeting of the Ministers of Agriculture of the G20, to be held in mid-September in Florence, Italy.

This process of joining and coordinating common plans and actions, leaving behind certain areas of isolation generated by COVID-19 between countries and regions, should allow, for example, small producers in less developed countries to act directly with markets in developed countries. This is a consideration that is being applied by countries and producer groups in Europe, the United States, and some African countries.

In addition, incorporating into new peace agreements, for example between Israel and Morocco, the component of sustainable agriculture and food and even reviewing existing projects in different countries which were substantially affected by COVID-19 are viable solutions to move forward.

Reorientating agricultural and food strategies in the mid and long term by adopting a “one health” approach should also share a similar and complementary vision. One that focusses on the analysis of health, nutrition, the sustainable future of the planet and animals, to work towards getting out of the current risky and fragmented reality.

We must protect biodiversity, promote initiatives of young people and women in rural areas, avoid food loss that continues to exceed 14 percent of what is being produced, and generate new food sustainability scenarios, among many other aspects.

This joint effort of coalitions should help reverse the scandalous trend towards starvation and obesity (more than 1 billion people are obese, in addition to hundreds of millions of people starving), which renders the quality of nutrition as one of the challenges of the post-pandemic.

This will be one of the topics for discussion at the Pre-Summit of the Food Systems Summit, to be held in Rome between 26 – 28 July, convened by the Secretary-General of the United Nations. Thousands of participants, either physically or virtually, from presidents to ministers, academics, representatives of the private sector and civil society, are expected to be present.

The conclusions of the debates of the Pre-Summit in Rome will later be sent to New York in September, where heads of state and government will meet to reach possible common agreements.

Today more than ever, it is time to join forces, analyze the complexity of the situation, all while looking for experiences that have had tangible and positive results throughout this period.

As Pope Francis recently pointed out, it is necessary to “redesign an economy suitable for men, which is not limited to profit but connected” to the common good, an ethics-friendly economy, respectful of the environment.