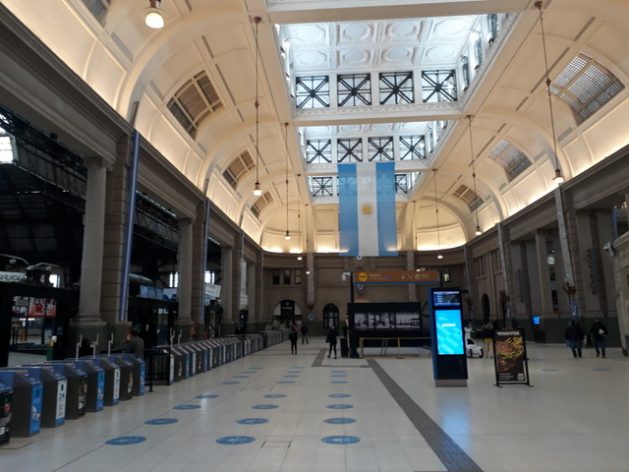 A view of the central hall of Retiro, one of the four main stations in the city of Buenos Aires, which receives passengers arriving from the municipalities of the northern part of Greater Buenos Aires. CREDIT: Daniel Gutman/IPS

BUENOS AIRES, Aug 12 2021 (IPS) - Argentina will receive a 347 million dollar loan from the World Bank to upgrade one of the most important suburban railway lines in the city of Buenos Aires. The operation is part of the multilateral lender’s new policy, which deepens its commitment to the fight against climate change.

“The premise is that development and climate change can no longer be seen as separate,” said Ana Bucher, a senior climate change specialist at the World Bank’s Washington office whose focus is on Latin America.

The project includes track renewal, improvements to the electrical system, the construction of two new stations and the renovation of 16 existing stations on the General Bartolomé Mitre Railway, a line named after one of Argentina’s first presidents (1862-1868) that connects the Argentine capital with the northern municipalities of Greater Buenos Aires.

The Mitre railroad’s terminus is in Retiro, one of the four main stations in Buenos Aires, and it has three branches. Before the pandemic, which led to restrictions on the use of public transportation, it carried more than seven million passengers annually.

According to the World Bank, the initiative will promote low-carbon transportation by discouraging the use of private vehicles and boosting the integration of different modes of sustainable mobility, such as bicycles, which can be carried on the rail cars. It was also announced that a climate-resilient infrastructure design would be used.

“It was established that the climate issue is cross-cutting in all actions and in the Bank’s two main objectives, which are to reduce poverty and strengthen equality,” Bucher said in an interview with IPS via videoconference from the U.S. capital.

“Moreover, we are convinced that this offers the possibility of creating job opportunities, improving the quality of life and contributing to the growth of national economies,” she stressed.

The Bank, the expert explained, is committed to ensuring that all its loans are in line with the objective of the Paris Agreement on climate change, which is to keep global warming below 2 degrees Celsius and preferably 1.5 degrees Celsius above pre-industrial levels.

To this end, the Group will prioritise projects that collaborate with the climate policies established by countries in their Nationally Determined Contributions (NDCs), a core element of the Paris Agreement.

Over the past five years, the commitment has been given a mandatory and standardised framework. Thus, in 2016 the Group created the system of so-called “climate co-benefits”. 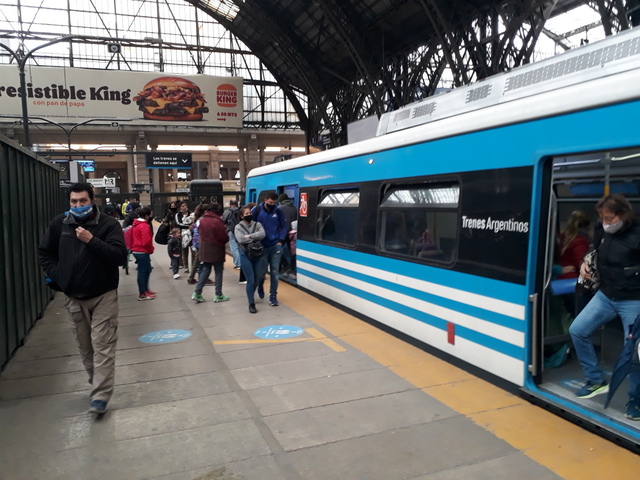 Passengers disembark from a train in Buenos Aires. In the Argentine capital, a train crash in 2012 left 51 dead and led to the return of the operation of most of the lines -until then in the hands of private companies- to government control. CREDIT: Daniel Gutman/IPS

This is the minimum percentage of the total financing granted by the institution that must go to investments in developing countries of the South that contribute to reducing greenhouse gas (GHG) emissions or improving resilience to extreme weather events.

In 2020, a target was set for 26 percent of the Bank’s financial flows to have climate co-benefits, and in five years the agency reported that it delivered more than 83 billion dollars in climate finance.

In December 2020, the requirement for climate co-benefits was increased and it was stipulated that, until 2025, they must cover at least 35 percent of the loans from the multilateral lending organisation. In the case of the Mitre train, the co-benefit is around 90 percent, although the definitive measurement of the impact has not yet been established.

“It is a matter of being much more ambitious than we have been so far,” Bucher said. “The post-pandemic recovery puts us, on the one hand, under an obligation to transition more urgently to another type of economy and also opens up opportunities, through low-carbon technologies, to improve access to energy or transport systems and boost growth through circular economies.”

From privatisation to nationalisation

The first section of the Mitre railroad was financed by English and French capital and was inaugurated in 1862, a time when Argentina was beginning its economic development as a newly unified nation.

Like the rest of the country’s railroads, it was nationalised during the government of Juan Domingo Perón (1946-1955) and returned to private operators during the administration of Carlos Menem (1989-1999).

Feb. 22, 2012 marked a “before” and “after” for Argentina’s railways, when a crowded passenger train crashed into the buffers in the Once station in the capital, leaving 51 dead and nearly 800 injured.

The tragedy brought to the forefront the neglect of the railway service and was decisive for President Cristina Fernández (2007-2015) to push for the recovery of state control over administration of the railroads, sealed by a law passed in Congress.

“The Mitre has generally offered good service,” lawyer Guillermo Rossi, who before the pandemic used to take the train every day to Buenos Aires from the town of La Lucila and now does so once or twice a week, told IPS. “It was always a cut above the others, at least until the Once tragedy. I think that since then there was a very strong need to improve the rest of the lines, everything went downhill and the Mitre service began to worsen.”

“That is noticeable in the frequencies, which at the best of times, before Once, were one train every five minutes and then stretched to more than 10, and also in the frequent cancellations,” he added. 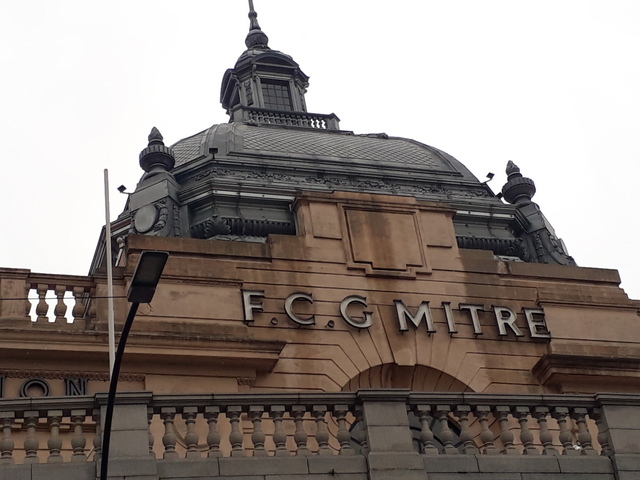 The dome of the Retiro station of the General Bartolomé Mitre Railway, which before the pandemic carried an annual average of more than seven million passengers. The World Bank will disburse 347 million dollars to improve its service and infrastructure, in a financial contribution that includes a high percentage of climate co-benefits. CREDIT: Daniel Gutman/IPS

The Mitre railroad is all-electric, but most of Argentina’s electricity is generated by fossil fuels and only six percent comes from non-conventional renewable sources.

According to the NDC update presented by the government last December, transportation is the largest energy user in the country, accounting for 33 percent of the total.

This update set a target of reducing GHG emissions by 19 percent by 2030 compared to the historical peak, reached in 2007.

Without offering further details, there was talk of promoting “sustainable transport systems” through energy efficiency and greater use of natural gas, hydrogen, electricity and biofuels, to gradually replace petroleum derivatives, which today sustain 75 percent of transport energy demand, according to official figures.

Although the influence of Latin American countries on global GHG emissions is small, the World Bank considers that it is necessary to place equal emphasis on mitigation and adaptation to climate change.

“Of course the big GHG emitters are not in this region,” said Bucher. “But we believe that mitigation and adaptation have to go together. Although it is essential to increase resilience, if emissions decrease there will also be benefits at the local level, which have to do with less pollution and better air and water quality.”

In June, the World Bank presented a report stating that, due to floods affecting agriculture, Argentina loses an average of one billion dollars per year and this figure could increase by 125 percent in the coming years as a result of climate change.

Between 2010 and 2019, the agricultural sector accounted for 8.7 percent of Argentina’s GDP and 60 percent of the country’s exports on average.

In 2018, the World Bank launched a project that provides for 150 million dollars in funding to support 20,000 rural producers vulnerable to extreme weather events due to the effects of climate change.