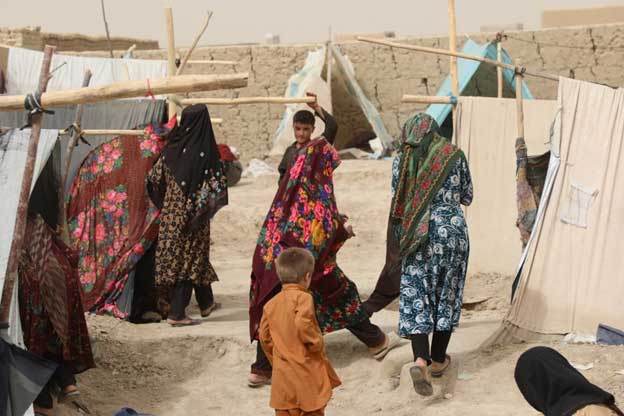 COLOMBO, Sri Lanka, Sep 6 2021 (IPS) - Headlines in the press, live TV and internet coverage of the chaos at Kabul airport following the American withdrawal from Afghanistan has generated an impression around the world of an American foreign policy debacle, belittling the supremacy of American military power.

With even smaller NATO allies like Latvia criticizing the US for lack of prior consultation on the withdrawal will this be a turning point for the Europeans to assume more responsibility for their security and even to fashion a pan-European defence system as suggested by President Macron of France?

Cynics will disagree, given that European allies have for years fought shy of even increasing their financial contributions to NATO, despite constant pressure from the US. However, France has assumed a lead role as a security provider with President Macron making official visits in Africa and Iraq where he said France will continue to support the global fight against terror even where the US has decided to leave.

The real historical turning point, however, is that the US which branded the Taliban as “terrorists” and drove them out of Kabul twenty years ago, are now negotiating with the same Taliban on the basis of shared interests.

In the hurly burly of the chaotic media images, one may fail to see that the US withdrawal and the deadline of August 31 was in fact part of a carefully agreed negotiation process going back to the Trump era (and formally signed as far back as February 2020 between US Ambassador Khalilzad and Taliban chief Baradar), now unfolding into the last stage of implementation in a non-combat humanitarian mission of evacuation/withdrawal.

The tipping point for US security planners had come some years ago when they realized that the elected government in Kabul was unable to give leadership to the Afghan security forces to maintain their control of territory, despite the training and equipping provided by the US to some three hundred thousand Afghan security forces.

What has happened on the ground in the last weeks has legal implications since recognition of a government depends on its ability to control the territory within its accepted borders. The speed at which the regional cities fell to Taliban control in their recent offensive underlines the Taliban’s ability to negotiate power sharing arrangements with the feudal lords controlling those cities and representing various ethnic groups.

As on now, despite widespread media fears, ethnic war has not broken out although there are many reports of human rights violations and individual killings especially from the Hazara ethnic community. Despite the public smirking on the so called US “defeat”, Afghanistan’s great power neighbours like Russia and China have extended support ( ie see reference to “ a soft landing”) in engaging the Taliban in their common interest of a stable Afghanistan which would not give shelter and succor to terrorist groups.

Qatar has become the lead negotiator for the international community and together with Russia, China have kept their embassies open in Afghanistan. Pakistan with its old links to the Taliban has also been a key intermediary between the Taliban and the international community, leaving India isolated and the strategic partnership between India and the US somewhat in limbo.

Initially, US political advisers like Peter Galbraith had suggested that there were positive signs with the Taliban in control, none of the remaining American assets had been attacked and that there was a relative calm in Kabul without any major violence.

Despite the suicide attack on Thursday 26 August claimed by ISIS K, killing some 14 American servicemen and over 100 Afghans crowding the airport gates, the US-Taliban cooperation has continued.

The Taliban have claimed that about 30 of their members were also among the victims and significantly didn’t comment when the US in retaliation launched drone strikes against the alleged ISIS K perpetrators in Afghanistan territory. Some even suggest that the Taliban may have provided the ground intelligence for the strikes.

The US engagement with the Taliban and the attempt to bring it out of the cold, is comparable to the Oslo peace process which sought to bring the PLO and Israel into an agreement. The US withdrawal, dramatic as it has been thanks to the media coverage, is in fact just a step in a process which has involved talks on several tracks with the Taliban over some years now.

With the foreign troop withdrawal completed by August 31, the coming weeks and months will witness perhaps the most important turning point, whether an armed group like the Taliban with its strict Islamic code, can in fact convert to an “inclusive” government with sufficient legitimacy to enable resumption of Western monetary and humanitarian assistance presumably under the supervision of UN and international humanitarian organizations, including the ICRC with extended operations across Afghanistan, still remaining in Kabul.

The Taliban has publicly provided reassurance of changed behavior including more respect for women’s rights to education and work for example. However, removal of international sanctions and recognition of the Taliban government will be the last on the agenda, given the uncertainty over the counter-terrorism dilemma and meeting international human rights standards.

The re-formulation of US foreign policy catering to the domestic agenda to bring American troops home and calling upon allies to meet a greater cost share of foreign base arrangements took a brash “showman” appearance under President Trump.

However, it is President Biden who has taken the hard decision (“the buck stops with me”) on the withdrawal from Afghanistan which became possible after the capture of Osama Bin Laden and destruction of his Al Qaeda network during the Obama Administration.

Domestic calls for investigations also played a part in this decision following the audit of the millions of US dollars spent in that country, mainly through hundreds of American contractors. More scandals will break with hundreds of thousands of pieces of American weaponry transferred to the Afghan army now being flaunted in Taliban hands.

The US withdrawal from Afghanistan marks the end of the global war on terror declared by President George Bush after 9/11 and represents an important turning point for the reformulation of US foreign and national security policy.

This has been termed a “smart power” for a new era. This analysis also suggested that under the new strategy, US counter-terrorism policy will look beyond “Islamist terror to the rising domestic threat from far-right extremists”.

For some time now, the US military has been questioning its role in “nation building” activities in distant places like Afghanistan and calling for a return to its traditional role of securing the homeland territory.

So, what is the relevance for countries like Sri Lanka? On the recognition issue, the Foreign Ministry in Colombo has quite correctly remained non-committal given the fast-evolving situation. Opposition leaders, calling for non-recognition of the Taliban, are way off the mark.

Perhaps most important for us is to ponder how a small “terrorist” group once defeated by a pre-eminent superpower could yet sustain itself, regroup and come to power after twenty years, attracting the support of foreign fighters and overcoming local power centres.

There is another point, the Taliban has publicly announced that it will not harbor other terrorist groups in Afghanistan – how genuine this is, has been questioned by many who point to Al Qaeda and Islamic State as being embedded throughout the districts.

Following the bomb attack near Kabul airport claimed by ISIS K, the US took retaliatory action probably based on intelligence provided by the Taliban – a new pattern of pragmatic cooperation on mutual interests to watch, going into the future.

At the domestic level, will the Taliban example embolden local groups in other countries to rely on mobilizing domestic resources for their operations with distant goals in mind, while taking sustenance from foreign ideology?

This is why it is so important to know the intelligence ramifications of the Easter bombings in Sri Lanka and the nexus between the foreign and domestic networks as demanded by the Catholic church on behalf of the victims.

Sarala Fernando, retired from the Foreign Ministry in Sri Lanka as Additional Secretary. Her last Ambassadorial appointment was as Permanent Representative to the UN and International Organizations in Geneva. Her PhD was on India-Sri Lanka relations and she writes on foreign policy, diplomacy and protection of heritage.