PORTLAND, US, Sep 13 2021 (IPS) - Raise retirement ages! That’s the simple, clear and unavoidable message that economics and demographics are sending to governments around the world.

The rapidly rising costs of national pension systems are challenging the solvency and long-term sustainability of those retirement programs. The continuing aging of human populations with the relative size of work forces shrinking, growing proportions of retirees, and increasing longevity are the inescapable realities of the modern demographic era that governments are being compelled to address.

The sooner policymakers begin the necessary process of raising official retirement ages, the better it will be for pension funds, current workers, and retired persons. Postponing decisions on raising retirement ages creates financial difficulties for governments, economic uncertainties for financial markets and investors, and worrisome anxieties for workers and families.

Raising the statutory retirement age bolsters government pension programs by reducing the total outlay of benefits and encouraging men and women to work longer. It also increases the size of country’s labor force and reduces the size of the retired population.

The age at retirement for both women and men should be gradually raised to 70 years, without early retirement at reduced benefits. At age 70 the average number of expected years of remaining life for the world has increased from slightly less than 9 years in 1950 to nearly 14 years today and is projected to be close to 16 years by midcentury. 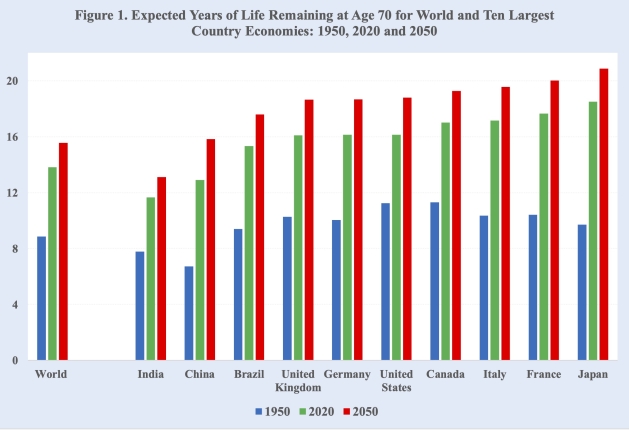 In many countries the expected years of remaining life at age 70 have increased considerably over the recent past and are projected to reach even higher levels over the coming years. By 2050, for example, the number of expected years of remaining life at age 70 is projected to be approximately 20 years in many developed countries, including Canada, France, Italy, Japan and the United States, and to be more than 15 years for many developing countries, including Brazil and China.

It is important to recall that the statutory retirement ages of the earliest national pension programs were typically greater than life expectancies at birth. Germany, which was the first nation to adopt an old-age insurance program in 1889, lowered the retirement age from 70 years to 65 years in 1916, well beyond the life expectancy at birth at that time.

For most countries the costs of national pension systems are rising and challenging the solvency and sustainability of those programs. At the same time, the relative sizes of work forces are shrinking, populations are ageing, and the proportions of retirees are increasing with people living longer

Also, when the United States adopted the Social Security Act in 1935, the statutory retirement age of 65 years was several years beyond average life expectancy at birth in the mid 1930s. Similarly, when China set its retirement ages in the early 1950s, people were expected to live slightly more than four decades, which was years less than official retirement ages.

Raising retirement ages is by and large an unpopular measure. In contrast to most bureaucratic changes and administrative adjustments to government programs and policies, revising the retirement age upward is reviled by much of the public.

Rather than raising retirement ages, alternative suggestions have been offered to deal with the raising costs and projected insolvency of pension systems. Those suggestions include increasing taxes on workers and the wealthy, reducing pension benefits and readjusting national government budgets. However, those proposals are typically eschewed by policymakers and opposed by various sectors of society.

As has been observed in the past in many countries, including Australia, Belgium, France, Croatia, Greece, Iran, Russia and the United Kingdom, vocal parts of the public can be expected to object, protest and even strike against even relatively small increases in the statutory age of retirement. However, those objections, protests and demonstrations should not deter policymakers from gradually raising the statutory retirement age to 70 years.

Also, it is generally the case that women live longer than men, by approximately five years on average. However, despite the female life expectancy advantage, the statutory retirement age for women is lower than that for men in many countries, including Argentina, Austria, Brazil, Chile, China, Iran, Israel, Poland, Russia, Turkey, and Viet Nam. In China, for example, the retirement age in China currently is 60 for men and 55 for female civil servants and 50 for female workers. 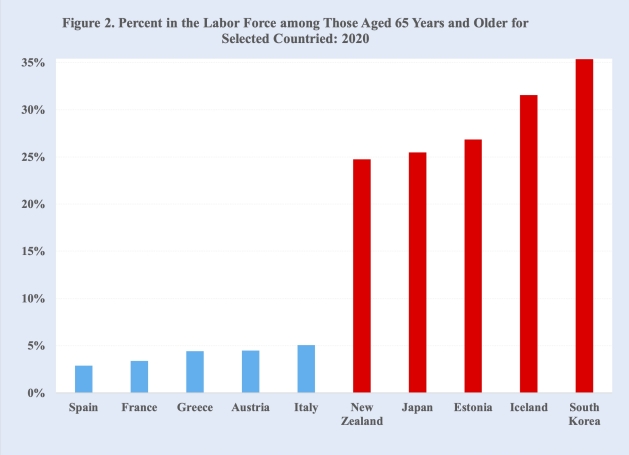 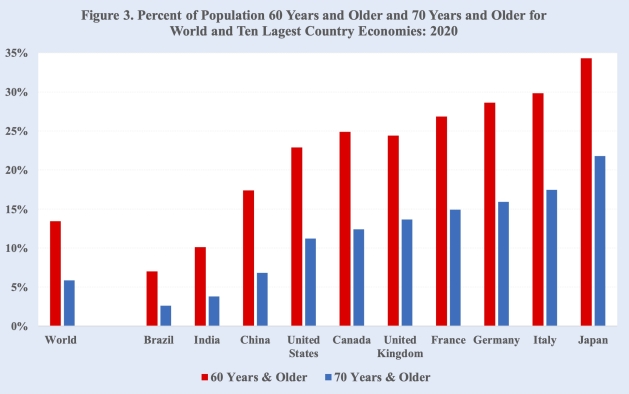 In brief, simply raising the retirement age from around 60 years to 70 years would not only increase the size of the labor force, but it would also substantially reduce the size of the retired population receiving government sponsored benefits. In addition, raising the retirement age will avoid reducing benefits to retirees. Many retired people, especially at lower income levels, are dependent on government pension benefits to meet their basic living expenses.

Political rhetoric, public protests and fairness arguments against raising retirement ages will not alter the fundamental economic, demographic and historical facts surrounding government sponsored retirement programs. For most countries the costs of national pension systems are rising and challenging the solvency and sustainability of those programs. At the same time, the relative sizes of work forces are shrinking, populations are ageing, and the proportions of retirees are increasing with people living longer.

The responsible response to today’s economic and demographic realities is for governments to raise retirement ages gradually to age 70, and the sooner the better.