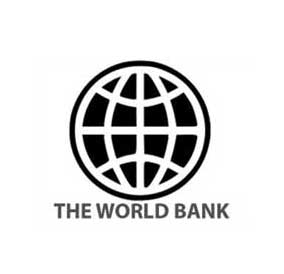 GENEVA, Sep 24 2021 (IPS) - Last week the World Bank announced it was “discontinuing” its “Doing Business” report, which ranks countries on the ease of opening and operating a company.

It cited the outcome of an investigation that found the World Bank had changed the rankings under pressure of funding. This wasn’t the first time the rankings had come in for criticism. A 2008 internal evaluation report highlighted their lack of transparency, while in 2018 the Bank’s chief economist, Paul Romer, resigned decrying data manipulation.

In truth, the rankings had for some time faced a credibility issue. My colleagues and I saw this first hand. And there were a number of reasons for it.

Firstly, Doing Business had become too politicised. It was originally intended as a way to measure improvements in countries’ business environments. It used an index score based on the number of procedures and time to for example start a business or get a construction permit – there were ten indicators.

However, the Bank also used it to rank countries, fêting top scorers and reformers. Governments soon saw a good ranking as an end in itself, regardless of how it impacted their development. A slip in rank could be politically damaging.

The rankings ostensibly promised a rigorous evaluation of each country’s business environment. Yet with a small team in Washington DC operating in what the investigation described as a toxic environment, much of the work evaluating the ten indicators in 190 countries was farmed out to national volunteer panels, who were asked to amend or approve pre-filled questionnaires. 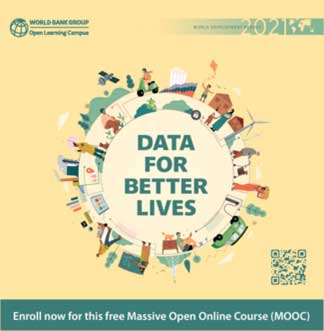 Not all were experts on the matter and some did not even work in the country. Many we spoke to barely gave the questionnaire a glance before signing off. Further, the English questionnaires posed challenges in countries where the language isn’t commonly spoken.

The result was that governments didn’t always see their hard work reflected in the rankings, leading to lobbying campaigns that, perhaps unsurprisingly, favoured those with greater weight and not always in the right way.

Some governments complained that their score changed for little reason, and in the case of Chile, according to the party in power. The untransparent nature of the changes contrasts for example with UNCTAD’s Global Enterprise Registration index, which specifically invites input from the public.

The investigation confirmed a perception that rankings were helped by paying the World Bank to advise on reforms instead of turning to development institutions such as UNCTAD or UNDP.
It noted that, “the vast majority of Bank employees that we spoke to raised the issue of the inherent conflict of interest that advisory services create.”

The methodology also had its flaws. It did little to distinguish between good procedures, such as ensuring compliance with environmental rules, and unnecessary red tape, such as requiring yet another stamped and notarised copy of a document.

And while reforms to the business environment can be measured in the number of days and procedures saved, it didn’t measure their impact.

For example, at the start of Covid we helped Benin move the process of creating a business online, meaning it could be done from a mobile phone instead of spending days queuing at government offices in the tropical sun. It also cut total time to two hours. But it didn’t end there.

As a result of the changes, which made life easier for those short on time or far from the capital, the number of companies created increased by 43 percent, half started by under-30s, half in rural areas and a third owned by women. This impact, more than a simple ranking, should be the real cause for celebration.

So, what happens next? The Bank’s board has said it will “be working on a new approach to assessing the business and investment climate.” What could this look like, how can it encourage real development, how can it be depoliticised, and is it still relevant?

Doing Business is meant to promote development by making it easier for the private sector to operate.

Therefore, it shouldn’t just measure if reforms make procedures easier on paper, but if they’re actually leading to more companies being created, and if so where and by whom? In other words, is there a real development impact?

It should also measure if procedures are clearly understood. Because lack of clarity on which paperwork to prepare, where to go, how much to pay and what to expect often discourages business owners from registering, perpetuating the informal economy. Hanoi municipality in Vietnam shows how this can be done well.

The team should be sufficiently staffed to operate without an extensive reliance on volunteers, and any desk analysis should be double-checked with field visits to government offices, backed by surveys of private companies.

The team’s independence could be protected by a committee with membership from other development organisations. That committee would oversee the elaboration of each report. It would also hear appeals from governments who feel that the index does not correctly capture their situation.

The construction of the index should be published online, including the data collected, decisions on outliers and any other assumptions, such that a member of the public with adequate statistical expertise could reasonably generate the same results.

For transparency’s sake, the consideration of appeals by governments should also be published.

The index should be less political. This means no rankings. Reforms aren’t a race, and quality trumps quantity. An improved business environment is a means to an end but not an end in itself.

The final question though is whether such an index is still needed at a time when many governments, pushed by Covid and the demands of younger entrepreneurs, are shifting their administrative procedures online.

Earlier this year, Bhutan made it possible for small business owners to register their companies through a government website and receive automatically-generated legal documents by email in seconds.

As more governments adopt that same platform and technology, countries will soon be separated by hours or minutes rather than weeks and days. Procedures will be reduced to a single step.

Under this scenario, it is not clear that there will be anything left for Doing Business to measure.