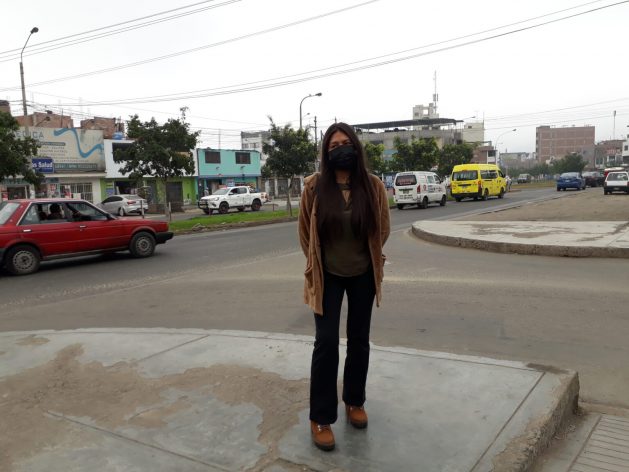 Girls' sexual and reproductive rights activist Mía Calderón stands on San Martín Avenue in San Juan de Lurigancho, the most populous municipality of Peru's capital. She complained that the pandemic once again highlighted the fact that sexual violence against girls comes mainly from someone close to home and that the girls are often not believed. CREDIT: Mariela Jara/IPS

LIMA, Oct 22 2021 (IPS) - “During the pandemic, sexual violence against girls has grown because they have been confined with their abusers. If the home is not a safe place for them, what is then, the streets?” Mía Calderón, a young activist for sexual and reproductive rights in the capital of Peru, remarks with indignation.

The 19-year-old university student, whose audiovisual communications studies have been interrupted due to the restrictions set in place to curb the covid-19 pandemic, is an activist who belongs to the youth collective Vayamos in San Juan de Lurigancho, the district of Lima where she lives.

Located to the northeast of the capital, it is a district of valleys and highlands areas higher than 2200 metres above sea level, where water is a scarce commodity and is supplied by tanker trucks. San Juan de Lurigancho was created 54 years ago and its population of 1,117,629 inhabitants, according to official figures, is mostly made up of families who have come to the capital from the country’s hinterland.

Lima’s 43 districts are home to a total of 9.7 million people, and San Juan de Lurigancho has by far the largest population.

In an interview with IPS during a walk through the streets of her district, Calderón said she helped one of her friends during the mandatory social isolation decreed in this Andean nation between March and July 2020, which has been followed by further restrictions on mobility at times of new covid-19 outbreaks.

Since then, classrooms have been closed and education has continued virtually from home, where girls spend most of their time.

“She was in lockdown with her two sisters, her mother and stepfather. But she left before her stepfather could rape her; the harassment had become unbearable. Now she is very afraid of what might happen to her little sisters because he’s still living at home,” she said.

But not all girls and adolescents at risk of sexual abuse have support networks to rely on. 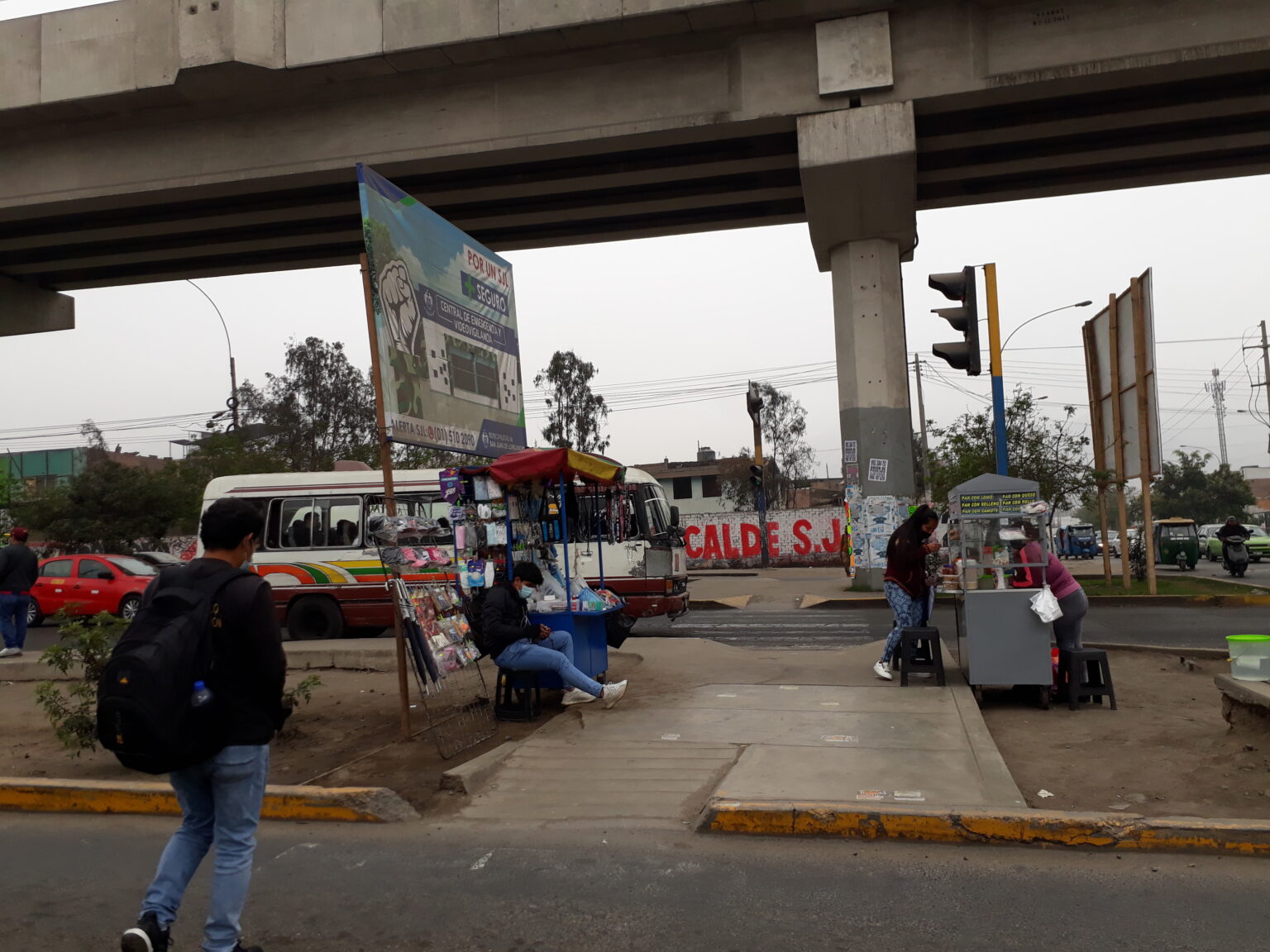 An intersection with hardly any passers-by in San Juan de Lurigancho, one of the 43 districts of the Peruvian capital. There are now fewer children on the streets because schools have been closed since the beginning of the covid pandemic and they receive their education virtually. This keeps them safe from violence in public spaces, but increases the abuse they suffer at home. CREDIT: Mariela Jara/IPS

Data that exposes the violence

Official statistics reveal a devastating reality: Between early 2020 and August of this year there have been 1763 births to girls under 14 years of age, according to the Health Ministry’s birth registration system (CNV).

All of these pregnancies and births are considered to be the result of rape, as the concept of sexual consent does not apply to girls under 14, who are protected by Peruvian law.

Looking at CNV figures from 2018 to August 2021, the total number increases to 4483, which would mean that on average five girls under the age of 14 give birth in Peru every day.

This is also the conclusion reached by the Latin American and Caribbean Committee for the Defence of Women’s Rights (Cladem), which in September completed a nationwide study on forced child pregnancy in Peru, published on Tuesday, Oct. 19.

For Cladem, forced child pregnancy is any pregnancy of a minor under 14 years of age resulting from rape, who was not guaranteed access to therapeutic abortion, which in the case of Peru is the only form of legal termination of pregnancy.

“These figures are unacceptable, but we know they may be even worse because of underreporting,” Lizbeth Guillén, who until August was the Peruvian coordinator of this Latin American network whose regional headquarters are in Lima, told IPS by telephone.

The activist headed up the project “Monitoring and advocacy for the prevention, care and punishment of forced child pregnancy” which was funded by the United Nations Trust Fund to End Violence against Women between 2018 and August 2021.

An aggravating factor for at risk girls and adolescents was that during the months of lockdown, public services for addressing violence against women were suspended and the only thing available was toll-free telephone numbers, which made it more difficult for victims to file complaints.

“What we have experienced shows us once again that homes are the riskiest places for girls,” said Guillén.

The Cladem study also reveals that the number of births to girls under 10 years of age practically tripled, climbing from nine cases in 2019 to 24 in 2020. And the situation remains worrisome, as seven cases had already been documented this year as of August. 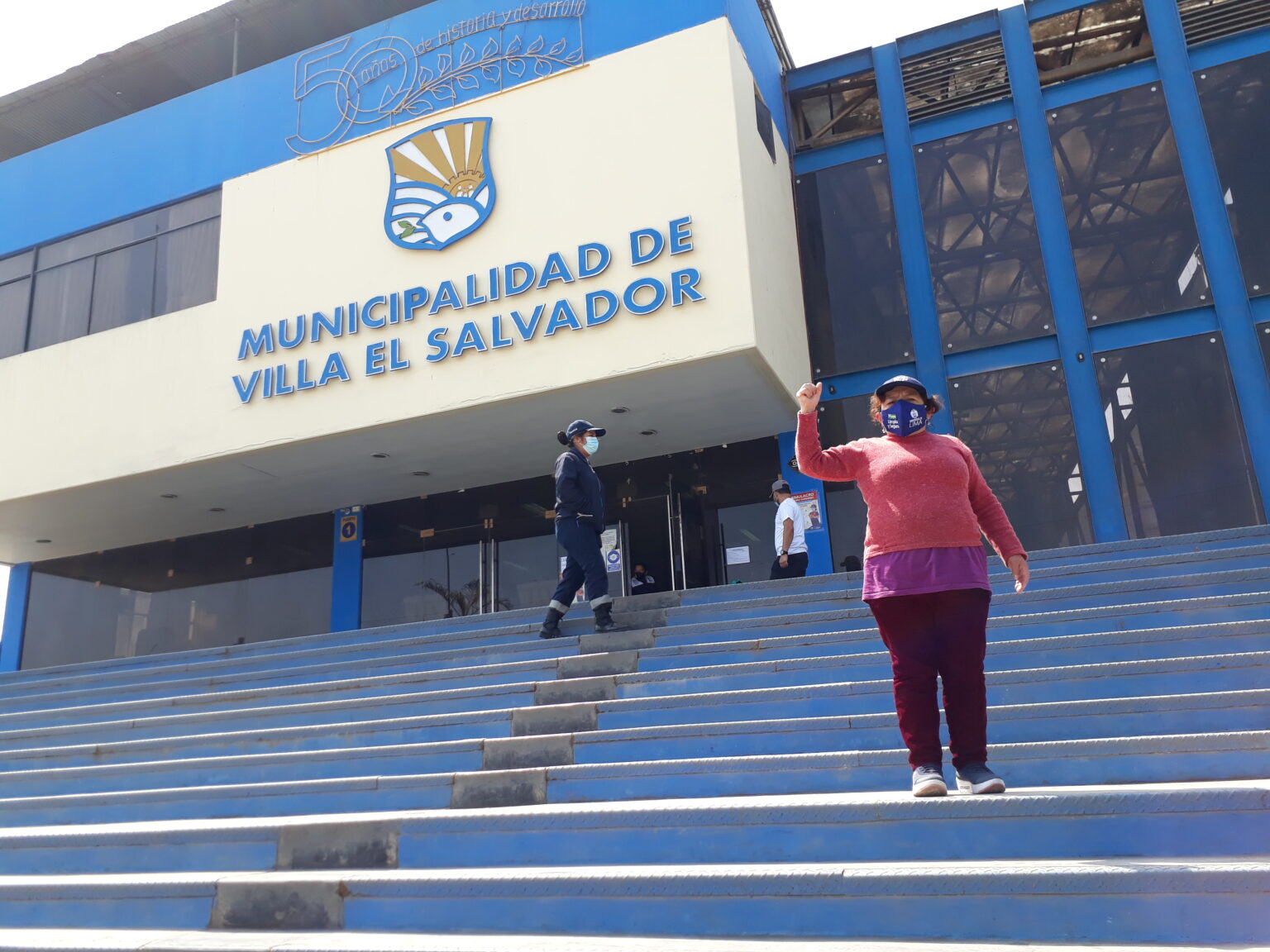 Julia Vargas, 61, works in the municipality of Villa El Salvador, south of Lima, where she has lived since the age of 11 and where she maintains her vocation of service as a health promoter. Through this work she knows first-hand about sexual violence against girls and adolescents, which she says has worsened during the pandemic since they have been confined to their homes with their potential abusers. CREDIT: Mariela Jara/IPS

“Sexual violence against girls has been indescribable during this period, worse than covid-19 itself. Men have been taking advantage of their daughters, they think they have authority over them,” said Julia Vargas, a local resident of Villa El Salvador.

This municipality, which emerged as a self-managed experience five decades ago to the south of the capital, offers health promotion as part of its public services to the community.

Vargas, a 61-year-old mother of four grown children, is proud to be a health promoter, for which she has received training from the Health Ministry and from non-governmental organisations such as the Flora Tristán Peruvian Women’s Centre.

“It’s hard to conceive of so much violence against girls,” she told IPS indignantly at a meeting in her district, “and the worst thing is that many times the mothers turn a blind eye; they say if he (their partner) leaves, who is going to support me.”

Studies indicate that women’s economic dependence is a factor that prevents them from exercising autonomy and reinforces unequal power relations that sustain gender-based violence.

Vargas continued: “There was a case of a father who got his three daughters pregnant and made them have clandestine abortions, and do you think the justice system did anything? Nothing! It said there was consent, how can a young girl give consent?!”

“Girls can’t be mistreated this way, they have rights,” she said. 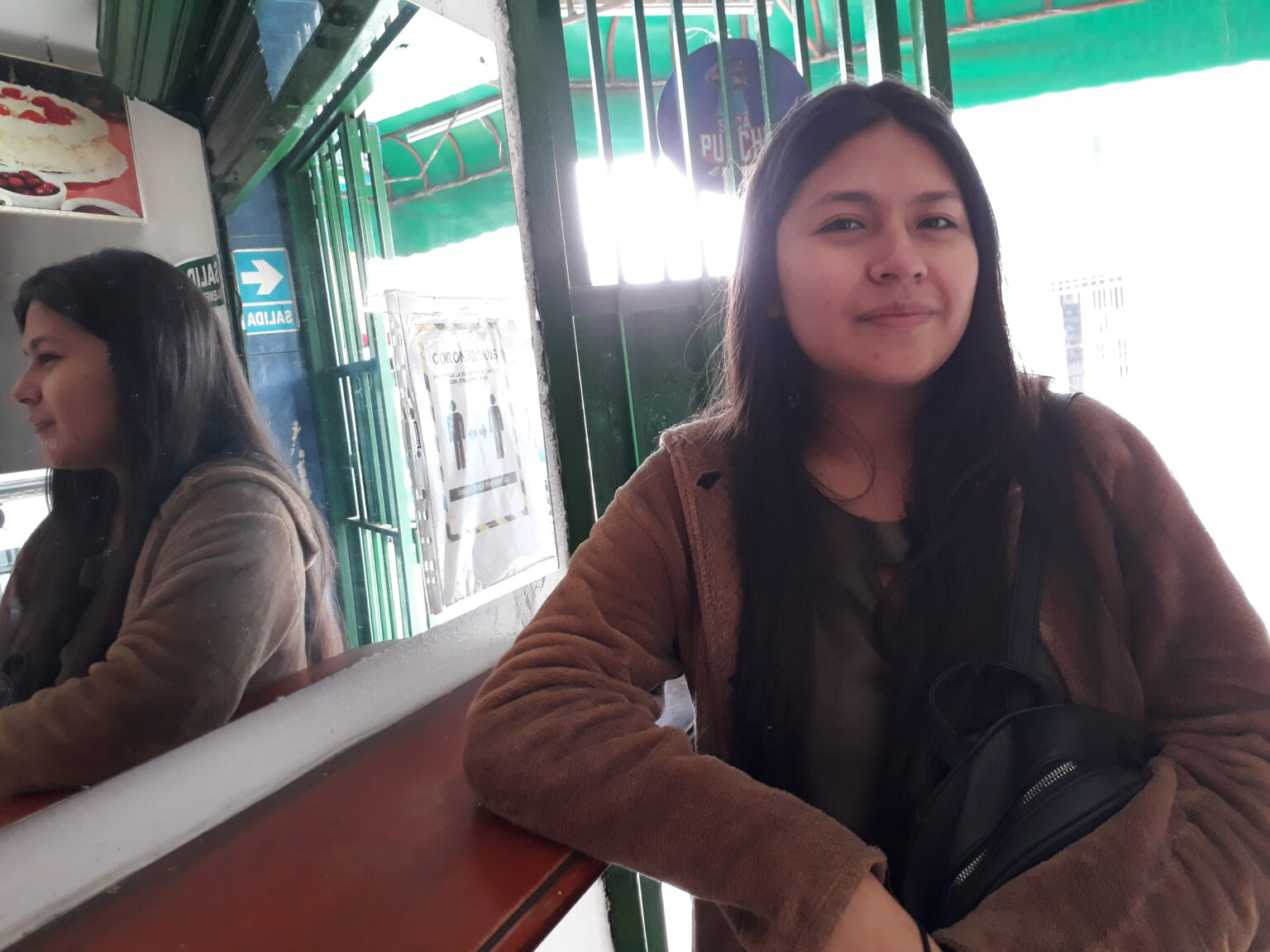 Mía Calderón, a 19-year-old youth activist with the Vayamos collective, demands more and better measures in Peru to defend girls from sexual violence, fueled by the closure of schools since the beginning of the pandemic, which keeps them isolated and in homes where they sometimes live with their abusers. CREDIT: Mariela Jara/IPS

Calderón is also familiar with this situation. “The pandemic has highlighted the fact that sexual violence comes mainly from someone close to home and that many times the girls are not believed: ‘you provoked your uncle, your stepfather’, they are told by their families, instead of focusing on the abuser,” she said.

Her collective Vayamos works to help girls have the right to enjoy every stage of their lives. Due to the pandemic, the group had to restrict its face-to-face activities, but as a counterbalance, it increased the publication of content on social networks.

“No girl or adolescent should live in fear of sexual violence or should face any such risk,” she said.

However, Cladem’s research indicates that between 2018 and 2020, there were 12,677 complaints of sexual violence against girls under 14 in the country, the cause of many forced pregnancies.

But official statistics do not differentiate between child and adolescent pregnancy.

The 2019 National Health Survey reported that of the female population between 15 and 19 years of age, 12.6 percent had been pregnant or were already mothers. The percentage in rural areas was higher than the national rate: 22.7 percent.

Youth activist Mia Calderón, health promoter Julia Vargas and Cladem member Lizbeth Guillén all agree on the proposal to decriminalise abortion in cases of rape and on the need for timely delivery of emergency kits by public health services to prevent forced pregnancies and maternity.

These kits contain emergency contraceptive pills, HIV and hepatitis tests, among other components for comprehensive health protection for victims.

“There are regulatory advances such as this joint action protocol between the Ministry of Women and the Health Ministry for a girl victim of violence to access the emergency kit, but in practice it is not complied with due to the personal conceptions of some operators and they deprive the victims of this right,” explained Guillén.

She stressed that in order to overcome the weak response of the State to such a serious problem, it is also necessary to adequately implement existing regulations, guarantee access to therapeutic abortion for girls and adapt prevention strategies, since the danger often lies directly in the home.