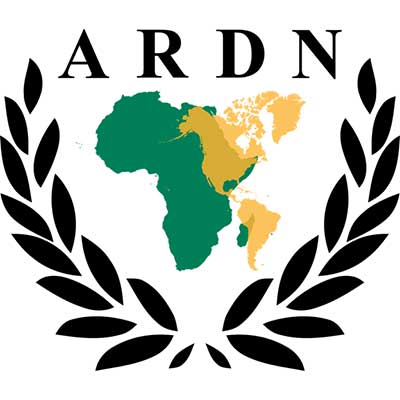 But the pandemic has also undermined the UN’s 17 Sustainable Development Goals, including its highly ambitious goal of eradicating extreme poverty and hunger by 2030.

The world “is challenged like never before”, says UN Secretary-General António Guterres, but the Sustainable Development Goals (SDGs) still offer a roadmap to get back on track.

Guterres stressed the importance of an equitable global recovery, asking people everywhere, including Asia, Africa and Latin America, “to work with their governments to put people first in their budgets and recovery plans”.

Africa’s rich, diverse cultural and natural heritage, he pointed out, is important for sustainable development, poverty reduction, and “building and maintaining peace”.

Speaking at the fifth annual UN-African Union (AU) conference on December 1, he said ending the COVID-19 pandemic would be one key to recovery. But despite the AU’s continued work and joint efforts for increased vaccine access and medical supplies, only six per cent of Africa’s population – totaling over 1.2 billion people in 54 countries — has been fully vaccinated.

In an interview with IPS, Dr Djibril Diallo, President & CEO African Renaissance and Diaspora Network Inc (ARDN), said since early 2020, the COVID-19 pandemic has caused devastation to people’s lives and livelihoods across the globe.

Although the rates of COVID-19 infection in Africa are not as high as in other regions, the economic downturn and social disruption caused by the pandemic are damaging decades of development gains made in the continent, he pointed out.

“Statistics have shown its impact on poverty and hunger, especially in parts of Sub-Saharan Africa, and increase in domestic violence, child marriage, and a decrease in female education”.

“However, I believe that the effects of covid-19 in Africa are still under study, and it will be premature to outline setbacks”, said Dr Diallo. The work to achieve the SDGs by 2030 is still underway, and there is no time to rest on our laurels, he declared.

Q: How would you rate the successes of your efforts to usher in an African Renaissance fostering unity between African nations and peoples of African descent in the diaspora?
And what are your plans for the future.?

A: The ARDN, an international organization headquartered in New York has been in operation since the 1990s. It serves as a coordinating body to unite the efforts of individuals and organizations towards a single purpose: supporting the advent of the African renaissance by fostering unity between African Nations and all peoples of African descent in the diaspora.

With support from the United Nations, ARDN launched an initiative to popularize the Sustainable Development Goals in Africa and the Diaspora. We have over the years created programs and embarked on projects that embody the virtues enshrined in the United Nations Charter: peace, justice, freedom, respect, social progress, equal rights, and human dignity, human rights, tolerance, and solidarity.

Beginning with Africa and the African diaspora, our initiative has facilitated and encouraged collaboration between relevant stakeholders to create understanding and awareness about the United Nations and its work and, as well as, create an enabling environment for the successful implementation and ownership of the Sustainable Development Goals framework. 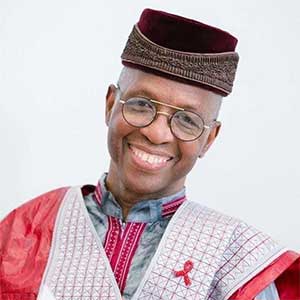 Therefore, we rate our success based on the impact of our network in consolidating partnerships, collaboration, and communication between people of African descent and the world at large.

To this end, we have successfully developed community partnerships between Municipalities in the United States whose mayors are members of the World Conference of Mayors and their counterparts in Africa which has strengthened the economic and community development of the said Municipalities.

We have also brought University leaders from the United States to a number of countries in Africa thereby strengthening and facilitating knowledge exchange, the improvement of the quality of higher education.

We are in partnership with UN agencies on programs such as the ARDN Red Card Campaign – aiming to end all forms of violence and discrimination against women and girls. In all of these, we pay close attention to the revival of and renewed interest in culture, arts, and overall growth of the African youth.

For 2022 and beyond, ARDN has identified the commission on the status of Women, the African Union Summit, the United Nations General Assembly, the International Day for the People of African Descent, and the FIFA world cup as strategic occasions around which activities may be built to increase public awareness of the Red Card Campaign.

We will also continue to roll out national and regional Red Card campaigns prior to Qatar 2022, and ARDN and partners will continue to twin universities in Africa with those in Europe, United States and Latin America.

Q: How widespread is your RED CARD campaign–launched on the occasion of the Women’s World Cup for soccer—aimed at eliminating discrimination and violence against women and girls, particularly in Africa. What related progress have you made in helping achieve the UNs SDGs 5, 8, and 10?

A: The ARDN Red Card Campaign was globally launched on 6 March 2020 at the UN headquarters in New York, and since then, we have made steady progress towards getting partners on board and the message to the general public.

It is a partnership with the United Nations system (UNFPA, UNWOMEN, UNDP, UNHABITAT), FIFA, the Government of Costa Rica and the Conseil Presidentiel pour l’Afrique of the French Government.

An integral goal of the Campaign is to obtain a minimum of one million commitments throughout the Globe by the FIFA World Cup of November 2022 in Qatar. Accordingly, this Campaign is ARDN’s principal priority area for 2022.

In this context, we have conducted a number of national and regional rollouts of the ARDN Red Card Campaign in strategically identified countries and regions with a view to accelerating for stakeholder commitments to the Campaign.

The Red card campaign goes beyond gathering a million signatures. It is also about highlighting the intrinsic nature of violence and discrimination against women and an avenue to showcase and honor individuals, programs, or policies that have effectively reduced or eliminated violence and discrimination against women and girls.

We hope to impact global policies and promote the role of women and girls in the socio-economic development of Africa and Africans in the diaspora.

Q: What are the major impediments against the economic advancement of Africa? Shortage of development funding? Rising external debts? Lack of foreign investments? Or Absence of political will?

A: I would say that the answer lies in part of each of your sub-questions with the understanding that today there is a new generation of African leaders who have rolled up their sleeves and fighting to bring about recovery and development for their People’s.

The problem is that those stories of Africa’s efforts are not making it to the media that matters.
So, we need to address two important points in this connection: The challenges that Africa faces in efforts for economic advancement on the one hand and the overall negative projections of Africa in the international media.

There needs to be more media coverage of the efforts of those African countries which are investing in their young people in order to harness the projected demographic dividend. Youth unemployment is another major challenge.

It has led to high numbers of unemployed and disempowered youth migrating through illegal and treacherous routes to Europe or contributing to political conflicts and civil unrest on the continent.

Q: A new report released October 19 by the World Meteorological Organization (WMO) warns that changing precipitation patterns, rising temperatures and more extreme weather contributed to mounting food insecurity, poverty and displacement in Africa last year. The report says the rapid shrinking of the last remaining glaciers in eastern Africa, which are expected to melt entirely in the near future, signals the threat of imminent and irreversible change to the Earth’s system. Are African leaders conscious of the impending natural disasters caused largely by climate change?

A: Africa’s substantial participation at the recently ended COP-26 is yet another indication of the continent takes the issues of climate change. Many African leaders are acutely aware of the impending natural disasters primarily caused by climate change.

Because of the continent’s vulnerabilities, we are witnessing more support from within Africa for international efforts to combat global warming and climate change. African governments were the key advocates behind the 1994 UN convention to combat desertification.

Several African countries are signatories to the 1992 UN Framework Convention on Climate Change (UNFCCC) and the 1997 Kyoto Protocol, the first and only international treaty setting binding limits on pollution emissions.

In the follow up to COP 26 (in Scotland last month), I believe we will see fundamental changes in the global approach to climate change, including Africa’s own challenges.

Addressing climate change has been an important program for ARDN, most notably by organizing a side event for the July 2019 meeting of the African Union in Niamey, Niger. For this event we worked with the UNDP to bring young people from 26 African nations to discuss the impact of the desertification of the SAHEL in a series of debates and forums called “Reversing the Sahel”.

A Niamey proclamation listing necessary action steps was issued from this meeting and, in keeping with ARDN’s mission, helped establish a network of contacts among the young participants.

Finally, the youth and women have been the key constituencies around which ARDN has articulated its strategies on fighting climate change.

Footnote: Meanwhile, speaking at the conclusion of the fifth Annual Conference between the United Nations and the African Union on December 1, Secretary-General Antonio Guterres said the people of Africa cannot be blamed for the immorally low level of vaccinations available to them.

Nor should they be collectively punished for identifying and sharing crucial science and health information with the world. With a virus that is truly borderless, travel restrictions that isolate any one country or region are not only deeply unfair and punitive — they are ineffective.

Dr. Djibril Diallo, with over 35 years of experience in international relations, has served in several UN agencies: as Regional Director for West and Central Africa and Senior Advisor to the Executive Director in the Joint United Nations Programme on HIV/AIDS (UNAIDS); as Director for the UN New York Office of Sport for Development and Peace from 2004 to 2008; as Spokesperson for the President of the UN General Assembly 2004-2005; and as Special Advisor to the Executive Director and as Deputy Director of Public Affairs at UNICEF in 1986.