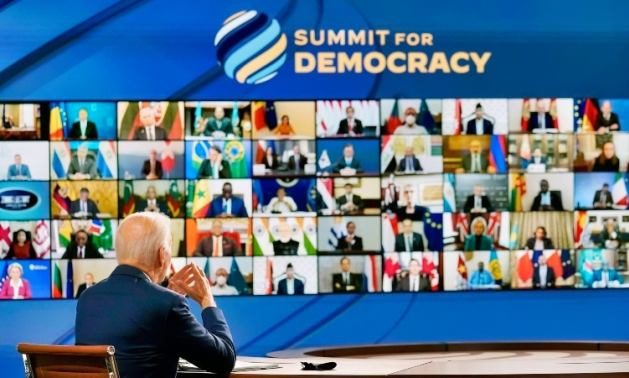 WASHINGTON, Dec 21 2021 (IPS) - U.S. President Biden just hosted The Summit for Democracy to demonstrate the advantages of democracy in the global competition with authoritarian regimes. The U.S. can succeed in this competition by demonstrating to the people of developing countries (i.e., the vast majority of the world’s population) how coupling democracy and development is the best course to improve their lives.

The U.S.’s ability to deploy this potent combination is an important advantage it enjoys over authoritarian competitors. For that reason, the Biden administration should add development to its democracy initiative.

As Biden has stressed: “We are in the midst of a fundamental debate about the future and direction of our world .. between those who argue … autocracy is the best way forward … and those who understand that democracy is essential.”

Similarly, he explained to a Joint Session of the U.S. Congress: “We’re in competition with China and other countries to win the 21st century.” And in this competition, he said, democracy must prevail: “We have to prove that our model isn’t a relic of our history; it’s the single best way to revitalize the promise of our future.”

The strategy should not be anchored in merely displaying that the world’s wealthiest countries are democracies. Rather, the strategy needs to establish that these wealthy democracies and the system they embody are the best equipped to improve the standards of living of the people of the developing world

The December summit was designed to do precisely that. Over 100 countries were invited to participate, with representatives from governments, civil society and the private sector. The number of countries and breadth of representation shows the Biden administration’s ambition.

The summit was organized around three themes: defending against authoritarianism, addressing and fighting corruption and promoting respect for human rights. These are important topics when considering what a vibrant democracy can and should provide to its citizens. But there is a critical fourth theme missing from the summit: the power of democracies to improve the lives of the multitudes in developing countries suffering from inadequate standards of living.

Billions in these countries struggle to meet basic needs in food, shelter, health, education, sanitation and more. Too many families face daily threats of malnutrition, inadequate sanitation, insecurity, and generalized poverty. Too often, unreliable energy and transport systems, as well as corruption and repression, prevent families from raising their incomes to improve their lives. The terror that COVID-19 constitutes for impoverished countries illustrates the challenge.

The U.S. government needs to show the world’s people that democracies provide the best promise to improve their lives and to protect their families. The strategy should not be anchored in merely displaying that the world’s wealthiest countries are democracies. Rather, the strategy needs to establish that these wealthy democracies and the system they embody are the best equipped to improve the standards of living of the people of the developing world.

To win a global competition, it is important to speak to the global audience, and most of that audience resides in developing countries (over 5 billion people outside of China). Moreover, it is in these countries that populations will grow the most — 2 billion more people by 2050, with more than half of that growth occurring in Africa.

China has understood the importance of this audience, as epitomized by its massive trillion-dollar Belt and Road Initiative to finance infrastructure and other projects in developing countries. For various commentators in Washington, this initiative is less about assistance and more about Beijing’s strategy to advance its geopolitical interests to the detriment of the U.S.

Yet, irrespective of the motivation, developing countries have been taking note of both China’s growing overseas assistance, as well of its development successes in reducing poverty and raising incomes domestically.

But improving the quality of people’s lives is not only about more infrastructure or improved material conditions. It is also about social and political dimensions and, importantly, about freedoms (as reflected, for example, in the UN declaration on development).

This includes freedom from fear and oppression, the right to expression, to participate in politics and the right of minorities to the same opportunities as the majority. Importantly, these are elements that a vibrant democracy should deliver, and an authoritarian system is poorly equipped to provide.

Unfortunately, several of today’s democracies, including in many developing countries, are falling short in delivering on democracy’s promise. For example, minority ethnic groups in various countries are being discriminated against, or even oppressed, by the majority (a torment that is more prevalent in and arguably endemic to authoritarian regimes).

So, as Biden has stressed, democracies must do better: “We have to defend [democracy], fight for it, strengthen it, renew it.”  For these reasons, the three announced themes of the summit are indeed important.

And yet they are insufficient in and of themselves to win the global competition. Providing the conditions to raise people out of poverty and to promote inclusive prosperity free from fear is a critical and complementary fourth theme that would speak to people’s aspirations across the developing world.

While there was some discussion of economic development in connection with the summit, it was too limited.  So, in addition to new commitments on countering authoritarianism, etc., the democracy initiative of the Biden administration needs to catalyze substantial and meaningful action to better fight poverty and deprivation in poorer countries.

Among other things, this should include increased funding and more technical support from wealthy democracies to developing countries, but also commitments from the governments of the poorer nations to foster the conditions domestically for fair and inclusive growth.

The U.S. has historically understood the strategic importance of coupling development and democracy, sponsoring organizations such as the World Bank, UN Development Programme and the Food and Agriculture Organization.

The global wars of the last century demonstrated the benefits of a world in which the U.S. democracy surpassed authoritarian regimes — and also that the U.S. and other countries were safer in a world filled with vibrant democracies. This dynamic helps to explain why the U.S. has remained the biggest provider of overseas development assistance, notwithstanding fluctuating domestic political support. But there is growing international competition.

Democracy is a powerful system to be deployed globally to raise standards of living while promoting individual liberties and freedom from oppression. Authoritarian systems cannot stand up to that promise. Democracy’s leaders, including from many of the globe’s richest countries, need to demonstrate what they and democracy can provide to the world’s have-nots.

That is key to any strategy to win the competition of the 21st century. To this end, President Biden should, following on his earlier Leaders Summit on Climate and this Summit for Democracy, convene a “Summit for Development” that addresses the poverty and other challenges, as well as the aspirations, of the world’s disadvantaged.

First published in The Hill on December 8, 2021

Philippe Benoit has over 25 years of experience working in international affairs and development, including in management positions at the World Bank. He is currently managing director, Energy and Sustainability, with Global Infrastructure Advisory Services 2050.