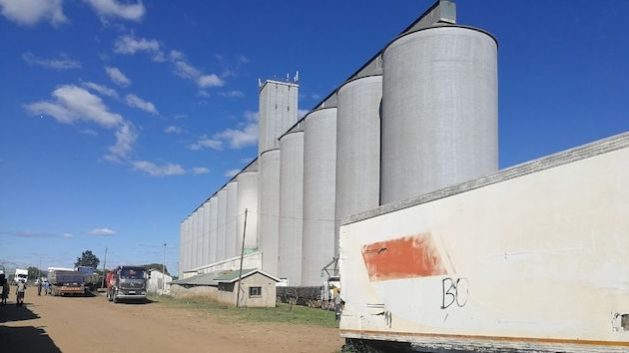 The “loot” was identified as part of inputs provided by the government to smallholder farmers in the country’s efforts to boost food security.

The case was one of many that exposed the dilemma of the country’s food security efforts. The multi-million dollar government-financed scheme that provides seeds and fertilizer to smallholder farmers has fallen short in aiding food production.

The abuse of farming inputs has been a thorn on the government’s side, with officials seeing it as deliberate sabotage of the country’s ambitions to feed itself. At the same time, analysts contend that such government schemes are open to abuse by well-connected individuals.

In recent years, Zimbabwe has redoubled its efforts to boost the production of the staple maize, with the government last year aiming to provide 1,8 million rural households with maize seed and fertilizer.

The bulk of the southern African country’s maize production – up to 70 percent – comes from rural smallholder farmers, according to the Food and Agriculture Organisation (FAO), but it is also here where widespread poverty is rife, with the World Bank noting that almost 8 million people in Zimbabwe earn under USD1 per day.

Such conditions, analysts note, have led to the diversion of farming inputs for reselling, effectively slowing the country’s efforts to feed itself.

During the 2020-21 season, Zimbabwe produced 2.7 million tonnes of maize, triple the previous year thanks to above-normal rains, yet concerns remain about maintaining production levels.

“As the painful experience of the past 20 years since the land reform has shown so clearly, such gains are not necessarily sustained,” said Ian Scoones, an academic and researcher at the University of Sussex’s Institute of Development Studies. He has written widely about agriculture in Zimbabwe.

This 2021-22 season, climate uncertainty has seen many farmers delaying planting as they keep waiting for the rain. The agriculture ministry reported early January that the country had missed its target of 2 million hectares of maize.

According to the ministry, only about 1 million hectares had been planted at the beginning of the year. Under the Agriculture and Food System Transformation Strategy, Zimbabwe targets 8 billion US dollars for agriculture production by 2025.

Grain production has fluctuated in the past two decades. For example, during the 2001 cropping season, about 1.5 million hectares were planted, which represented a 15 percent drop from the previous season according to FAO figures.

The United States Department of Agriculture (USDA) noted that Zimbabwe’s 2021-22 maize harvest, which stood at 2.7 million tonnes, was the highest since the 1984-5 season.

These fluctuations highlight the country’s struggle to feed itself.

The USDA says the bumper harvest was due to “favourable weather conditions,” exposing the limits of government maize and seed subsidies in the largely rain-fed sector.

Analysts say it will take more for the country to realize its goals beyond providing inputs to farmers amid other challenges such as climate uncertainty.

“Government will need to provide incentives, such as food crop production quotas, to large scale farmers who tend to specialize on non-food cash crops, which worsens the food security situation,” said Stanley Mbuka, an analyst at the Economist Intelligence Unit (EIU).

“An unstable currency also makes it hard for smallholder farmers to cushion themselves as they sell to the grain marketing board in the local currency, which loses value very quickly,” Mbuka told IPS.

Researchers have also noted that other innovations to encourage farmers to adopt new methods to boost food production, despite showing promise, have been abandoned for, among other reasons, being too labour intensive.

Much of rural agriculture in Zimbabwe is not mechanized and relies on rainwater.

Added to this is a combination of longer-term underlying factors, including macroeconomic challenges, increased occurrence of climatic shocks, COVID-19 pandemic, and the cumulative effects of two consecutive years of drought, says the World Food Programme (WFP).

“To break the cycle of relapses into food crises, stakeholders are increasingly aware that more investments are needed in resilience-building and early warning,” said Maria Gallar, WFP-Zimbabwe spokesperson.

“The chances that smallholder farmers fall into food insecurity repeatedly decrease if they have access to productive assets such as dams,” Gallar told IPS by email.

Despite last year’s above-average maize harvest, the WFP says the latest figures show that more than 5 million people are estimated to be food insecure. This includes 42 percent of the urban population – about 2.4 million people – where the government has promoted urban farming.

“Sustainable change, after so many years of setbacks, will require continued efforts and time,” Gallar said.