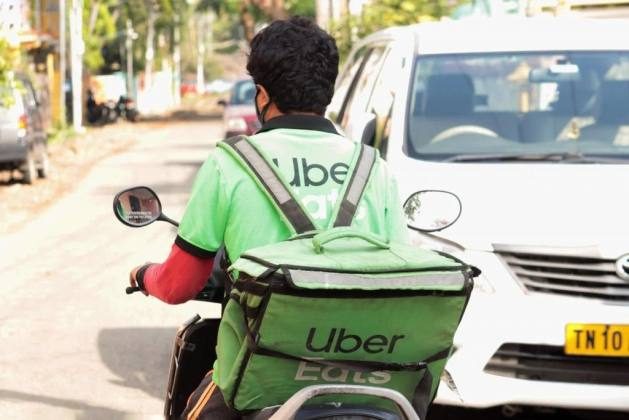 Employment guarantees could be a way to combat insecurities associated with dynamic and piecemeal earnings | Picture courtesy: PixaHive

NEW DELHI, Mar 24 2022 (IPS) - According to the Periodic Labour Force Survey (PLFS), the unemployment rate in urban India stood at 9.4 percent between January and March 2021, with an even higher proportion of youth unemployment (22.9 percent). In the same time period, more than 11 percent of the urban workforce reported working for less than 36 hours in a typical week.

During the pandemic-induced lockdown in 2020, urban unemployment had reached unprecedented peaks (approximately 21 percent in April–June 2020). Moreover, employment in much of urban manufacturing and service industries tends to be highly seasonal and contractual, with greater casualisation being reported over the last decade.

Gig workers, or platform workers, are increasingly providing crucial services across urban areas as cab drivers and couriers delivering food, groceries, medicines, and other essentials. Therefore, it’s important that we include them in discussions around formulating UEG schemes

Given these facts, an urban employment guarantee (UEG) scheme is imperative to provide livelihood security for the urban poor. The parliamentary committee on labour had recently recommended instituting a scheme in line with the MGNREGA, which would offer income support during lockdowns, mandatory health insurance, and an increased number of maximum work days.

Jharkhand, Himachal Pradesh, and Odisha already experimented with versions of UEG during the 2020 lockdown, and Kerala has had one since 2010. Although varying in scope and design, each of these schemes at its core has a shared policy framework that guarantees minimum wage employment to all who demand work for a stipulated period. Reports suggest that this has benefitted a significant proportion of the urban poor.

Gig workers, or platform workers, are increasingly providing crucial services across urban areas as cab drivers and couriers delivering food, groceries, medicines, and other essentials. Therefore, it’s important that we include them in discussions around formulating UEG schemes.

Why should gig workers be included in UEG programmes?

Digital platforms such as Ola, Uber, Zomato, and Swiggy are credited with heralding a new age of entrepreneurship, autonomy, flexibility, and formalisation. Despite their booming expansion, the very people who make these platforms work have not been able to reap the benefits of their success. Public dialogue shaped by gig workers has highlighted the dark underbelly of the exploitation and vulnerability they’re subject to.

Due to low base pay, incentive-based payout structures, high commissions, and arbitrary surveillance systems that gauge work quality, these workers spend long hours under hazardous conditions, working or searching for work. Moreover, their status as ‘independent contractors’ forces them to bear several other costs associated with purchasing fixed assets and fuel, without any legal claims to social security benefits.

Even though workers such as delivery partners were deemed to be providing essential services during the pandemic, platforms reduced incentives and changed payment structures, causing many to earn less than minimum wage for 12–15 hour work days. Many also lacked access to insurance, safety equipment, and affordable healthcare.

Research on delivery and taxi-driving sectors has shown that platforms rely on a pool of migrant workers from historically dispossessed communities who already had severely limited claims to social security during the pandemic.

Despite these layers of precarity, platform workers remain ineligible to claim social security under existing schemes, even ones with the most significant coverage such as the PDS. In the case of the PDS, exclusion may have resulted from outdated definitions of urban poverty—households eligible for PHH ration cards under the National Food Security Act must not possess four-wheeler vehicles or internet-enabled laptops/computers. There are other restrictions on families that possess two-wheelers.

This immediately introduces barriers for delivery workers and taxi drivers, who have to self-invest in many of these assets, often by entering into long-term debts, to sustain their livelihoods. These workers, apart from ride-hailing drivers, also did not explicitly figure in any of the targeted relief packages offered by governments. Such conditions pushed many workers into chronic debt.

Other labour codes, as already implemented, do not mention platform work/workers, thereby precluding their rights to minimum wage, occupational safety, and decent work. Even as gig workers’ organisations continue to struggle to achieve legally enforceable protection, their inclusion in UEG programmes could serve as a step towards short-term measures that safeguard rights. But how can this be done

Public policy responses during the pandemic have encapsulated an expanded imagination of ‘public works’. Urban infrastructure systems were expanded through state–platform partnerships to enhance access for under-serviced neighbourhoods and regions. For instance, the Delhi government partnered with Swiggy to deliver cooked meals to migrants living in temporary shelters during the lockdown. In another move, governments also tied up with Ola and Uber to provide free transportation facilities to frontline workers.

However, these works are rarely included within considerations of ‘public works’ under UEG proposals. Employment in UEG proposals is mainly prescribed under work commissioned by urban local bodies (ULBs); within this framing, platform workers would be forced to work in manual jobs such as building, repair, and renovation. Many are also attracted to ‘professional’ designations. Therefore, manual work as currently proposed under UEG schemes may be unattractive for many gig workers.

Given the intention to universalise coverage to all who demand work, gig work—particularly in transportation and delivery sectors—should be explicitly covered within these proposals.

This can be achieved by experimenting with the experiences of public institutions such as hospitals and government offices, who relied on platforms for their service needs during the pandemic, ranging from logistics, last-mile delivery, and mobility.

Jean Drèze suggests that other publicly recognised employers such as schools and colleges could be involved in the governance and implementation of the UEG scheme. Many of these institutions have capacities to meet their service needs through engaging gig workers, including demand for services such as cleaning, disinfection, and repair and maintenance of assets.

The promise of flexibility in terms of determining one’s own work and working hours remains a central attraction of gig work. Despite this, research on platform labour has pointed out that this flexibility is seldom instrumentalised due to gamification of work through incentives, ratings, and algorithmic manipulation.

However, lessons from some of the current UEG models can be adopted to restore flexibility and control over work outcomes while expanding coverage to gig workers under UEG schemes. For instance, Drèze’s proposal to cover both part-time and full-time work to accommodate women’s unpaid care responsibilities may be applicable to gig workers. Furthermore, several existing measures under state programmes, such as Kerala’s AUEGS, which stipulates the provision of work within a five-kilometre radius, could be experimented with.

The provision of affordable, quality, and subsidised public transport facilities to UEG job stamp holders through partnerships between states and non-motorised ride-hailing workers is a way in which daily wage workers, such as rickshaw pullers and tuk-tuk drivers, can be covered under UEG schemes.

Employment under UEG stipulates payment of daily minimum wages. But, like many informal sector workers, gig workers have been excluded from such legal assurances under the Code on Wages 2019. Employment guarantees could be a way to combat insecurities associated with dynamic and piecemeal earnings.

As proposed by Drèze’s model, allowing worker collectives to be engaged as placement agencies might offer a solution here. These collectives could set wage floors to ensure that invisibilised costs related to platform work are appropriately taken into account.

ULBs can also consider partnering with platforms in the form of placement agencies for job cards issued by them. This would mean that all workers registered with the platform immediately become eligible for UEG benefits. This must be done alongside setting wage floors and dissociating incentives and work availability from gamification tools such as ratings.

These measures will help tackle multiple challenges that gig workers routinely grapple with, such as information asymmetries, dynamic pricing, and insecurities related to earnings and long working hours, while ensuring availability of minimum wage work. Such ULB–platform partnerships have already emerged during the pandemic and prevented platforms from unilaterally reducing wages by stipulating base pay rates and limiting platform power to charge high commissions and supervise quality of service provision.

Currently there is no clarity on how gig workers’ wages are determined. Swiggy, for instance, has categorised wages for delivery workers under three heads: per order pay, surge pay, and incentives. Another major determinant of earnings is commissions, which most platforms charge for each task (delivery/trip/haircut), ranging from 10–35 percent.

To replicate the elasticity of minimum wage considerations according to states, development zones, industry, occupation, and skill levels, there is a need for comprehensive public data on earnings and payment structures, which is currently available only with platforms.

Worker unions have demanded that minimum wages be pegged to the number of hours worked in a day, where working time will be calculated by accounting for all time-rated factors, such as waiting time, commute, and total time taken to complete shifts.

While many of these considerations are complex, they are important to determine fair unemployment allowances in cases where such forms of employment guarantees become more feasible.

The inclusion of gig workers within UEG proposals cannot be a substitute for regulatory measures that enforce safeguards such as minimum wages, occupational health and safety, and decent work.

Nevertheless, as experiences from other countries have shown, enforcing such regulations is a long-term process, particularly against the global tide towards greater flexibility and labour precarity. In the interim, schemes such as UEG could be particularly rewarding for gig workers while paving the way for universal social protection.

As we continue to debate the shape that the UEG programme should take in India—whether it should be framed as an employment generation scheme or as a scheme that provides unemployment insurance—we must remember to include gig workers in these discussions.

Abhishek Sekharan is a researcher at the Centre for Internet and Society (CIS), a nonprofit research institute working on issues related to technology and its impact on our society