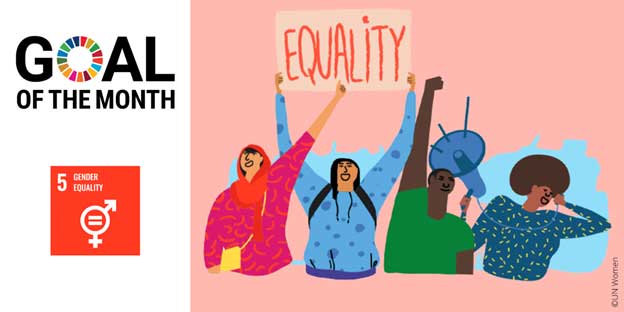 LONDON, Mar 3 2022 (IPS) - At Equality Now, we have been on a years-long journey to track and analyze sexual violence laws and their implementation around the world. This work was born after working with survivors of sexual violence for over two decades and observing that women and girls reported similar barriers to justice regardless of where they were from.

While local, national, and regional context impact a victim’s experience, it is also clear that many of the challenges they face are universal.

From Eurasia to the Caribbean, to South Asia and North Africa, we discovered laws which were supposedly meant to protect women and girls but in reality it perpetuated, and in some cases, even promoted gender-based violence and discrimination.

We found instances of so called “marry your rapist” laws which permit rapists to avoid legal accountability by marrying their victims, the decriminalization of marital rape, and laws that use terminology of chastity and honor rather than consent.

While there is a range of ways in how laws in themselves are failing victims of sexual violence, one common trend is that the implementation of laws around the world neglect to take into account the unique needs and vulnerabilities of marginalized communities.

Many countries do not apply an intersectional lens when implementing sexual violence laws, resulting in the further marginalization of already underserved populations. For example, in Guatemala, indigenous survivors face additional barriers to justice due to insufficient translation services and the lack of geographically accessible courts and law enforcement.

In Georgia, the ability of women living with disabilities, particularly those with psycho-social needs, to testify in their own cases might be wrongly discounted. In the United States, a legacy of structural racism has resulted in a distrust of law enforcement by communities of color, resulting in low reporting rates of sexual violence by Black women.

And around the world, we found that adolescent girls were routinely under-protected by sexual violence laws and frequently negatively stereotyped when seeking justice.

Adolescent girls are uniquely vulnerable to experiencing sexual violence, and yet too often they are denied access to justice and support services. The emergence of girls’ sexuality during puberty is frequently used as a justification to disinvest in their schooling and personal development while simultaneously appropriating their labor, sexuality, and fertility.

No longer afforded the protections of childhood, nor recognized as adults, they find themselves in a precarious position, often victimized and labelled sexually promiscuous or a “temptress,” leaving them isolated and unsupported rather than protected from exploitation and abuse.

Additionally, a dearth of age-appropriate services and education means that adolescents are often not fully aware of their rights and lack the ability to self-advocate even when legal recourse is available to them.

Some discrimination is even embedded in the law itself. Estupro laws or provisions, which are found throughout Latin America and in substance in other laws further afield, allow for lesser penalties for the rape of an adolescent above the age of consent than for an adult woman or child below the age of consent.

Criminal justice officials utilize estupro provisions to portray adolescent girls as manipulative seductresses who tempt adult men into illicit sex. These laws perpetuate the misconception that victims are often, at least partially, responsible for their own abuse and that rape is simply an act of sexual deviance rather than one of violence, control, and entitlement.

By suggesting that sexual violence is the fault of the victim, estupro provisions contribute to a wider culture of victim blaming, in turn deterring survivors from reporting crimes and seeking help. This means that cases either aren’t prosecuted, thereby allowing impunity for the perpetrator, or that these lesser charges are brought, thereby reducing punishment for the perpetrator.

Stigma surrounds all forms of sexual violence, but cases of incest are especially taboo and thus survivors of this form of violence are even less likely to receive justice. According to UNICEF, 40-60 % of known sexual assaults within the family are committed against girls aged 15 and younger, thus adolescent girls are particularly impacted by the silence around this form of abuse.

In cases of incest, the perpetrator is most often a male family member and there is a strong tendency to keep the abuse private at all costs, at the expense of the rights and wellbeing of the victim– most often a young or adolescent girl. By keeping the matter under wraps, the victims of familial abuse will often suffer long lasting and devastating psychological, emotional and physical consequences.

Equality Now’s study, conducted with Pakistani partners, of incest in Pakistan found that child and adolescent victims of incest faced numerous barriers, including: stigma as a barrier to reporting, attitudes of law enforcement, prosecutorial misconduct, untrained medical professionals, drawn-out trials, and a lack of youth-specific services.

In the rare cases where girls and adolescents attempted to report a case of incest, they were met by a criminal justice system that shamed and stigmatized them. One fifteen-year-old girl who was raped by her father was told by the police that she was “doing something wrong” by reporting her abuse and that by speaking publicly she would “stain her family’s honor.”

Her experience was unfortunately not unique. Another young woman reported that the police refused to take her statement about being raped by her brother-in-law because they claimed that it was simply an instance of “enmity between two families.”

It is difficult for all survivors of sexual violence to receive justice and to stand up against laws and systems that seek to undermine their credibility, but for adolescent girls the challenge is even greater.

For them, and for their future as women, we need robust laws, survivor-informed and gender-sensitive implementation, and intentional collaboration between all actors to ensure that every survivor’s needs are considered, addressed, and supported.