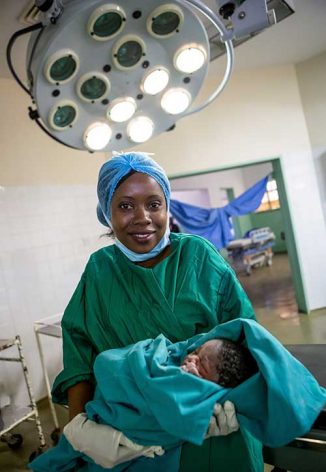 A nurse on a maternity ward in a rural hospital powered by solar energy through the UNDP-led Solar for Heath initiative in Zimbabwe. Credit: Karin Schermbrucker for Slingshot/UNDP

PANAMA CITY, Mar 7 2022 (IPS) - Access to clean energy improves women’s lives in a myriad of ways. It supports access to education and quality healthcare, opens new economic opportunities, and reduces unpaid domestic labour and gender-based violence. Yet too often, the sector as a whole – from industry to policymaking – still fails to include women as energy users, decision-makers and agents of change of the energy transition.

Household air pollution leads to a staggering 3.8 million premature deaths each year — nearly half of all air pollution-related deaths – and 60% of which are women and children. This is driven by a lack of access to clean technologies and fuels for cooking, which directly impacts a third of the world’s population yet receives little attention and action. 2.6 billion people rely on solid fuels for cooking, which comes at significant health and social costs that disproportionately impact women and children. Most of them live in sub-Saharan Africa, in the world’s poorest and most remote communities.

In these communities, women and children are often in charge of collecting wood for cooking and heating, spending up to 18 hours a week doing so. They are vulnerable to sexual violence on their routes. They also breathe in harmful gas every day from open fires or inefficient stoves while cooking. 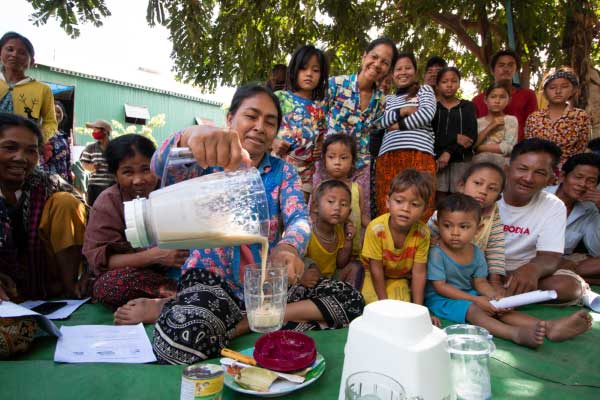 A woman using an electrical blender in a remote village in Cambodia. Cerdit: Okra Solar

Clean cooking solutions such as electrical or more efficient stoves not only improve the lives of billions of women by freeing up time that can be used for education, income-generating activities, or rest and leisure; it also saves millions of women’s and children’s lives each year.

Yet too often, clean cooking is not seen as the policy priority it is. While a lot of progress has been made in the past decade when it comes to access to electricity – with the share of people lacking electricity decreasing from 1.2 billion in 2010 to 759 million in 2019 –, relative progress on clean cooking has been much slower, with the share of people lacking access to clean cooking only decreasing from 3 billion to 2.6 billion since 2010. This lack of progress maintains gender inequalities. Women’s energy needs must be identified, prioritized, and adequately addressed. This includes involving women in the design and promotion of clean cooking technologies to ensure that these adequately meet their needs.

Beyond clean cooking, access to clean energy can also open up new economic opportunities for women by supporting livelihoods and generating new sources of income.

In Yemen for instance, with UNDP’s support, a group of women have set up a private solar micro-grid near the frontlines of the conflict– bringing much-needed electricity from clean energy to their community while earning an income and pushing gender boundaries. In Peru, an energy school trains women to become clean energy entrepreneurs by teaching them to install, maintain and commercialize solar panels and improved cookstoves.

In India, in the remote village of Khunti in Jharkhand, women entrepreneurs produce face masks and sanitary pads thanks to solar-powered, electric sewing machines – enabling women to earn an income while providing women in rural areas with much-needed menstrual hygiene products.

Access to clean energy, especially when it supports the productive uses of energy, is a powerful means to advance socio-economic development in a way that reduces inequalities and increases women’s resilience. When this gender perspective is foreseen and included in clean energy projects and policies, these become transformational for the entire community.

3. Improving women’s representation at all levels of the clean energy sector

But while the energy transition is expected to create 30 million jobs worldwide by 2030, current predictions show that the proportion of women in the clean energy sector will decrease because the subsectors expected to drive this job creation such as in construction and electric machinery equipment, are the ones with the lowest women representation.

The clean energy sector must do more to identify and address the barriers preventing women from entering and thriving in the sector.

To be just and effective, the energy transition must be done with all parts of society – including with women, and in a way that addresses women’s needs and preferences.

Women need to be included as agents of change not only as beneficiaries. As part of UNDP’s Sustainable Energy Hub, UNDP’s gender and energy strategy ensures that gender is a pillar of our programming on energy, and feeds in every policy and program that we support countries with.