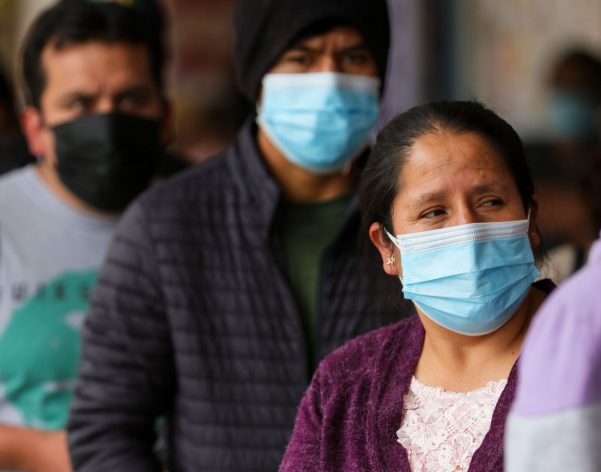 The employment outlook for women in Latin America continues to face obstacles before it can reach pre-COVID-19 levels. But a sustainable and inclusive recovery will require measures to close the gender gaps that already affected employment of women in the region before the pandemic. CREDIT: Mariela Jara/IPS

LIMA, Mar 3 2022 (IPS) - The COVID-19 pandemic did not hit everyone equally and employment has shown a clear gender-differentiated impact. Two years after the start of the pandemic, it is more difficult for women than men to recover their jobs, and this is clearly reflected in Latin America.

The 2021 Labour Overview, Latin America and the Caribbean, published by the regional office of the International Labor Organization (ILO), highlights the differences in this regard.

While 25.5 million jobs lost by men between the fourth quarter of 2019 and the months following the onset of the pandemic have been recovered, women have yet to recuperate four million of the 23.6 million jobs they lost in the same period.

“This is so because we entered the pandemic without having resolved structural problems of the sexual division of labor; women and men are in different positions in the formal labor market as a result of the patriarchal order,” Peruvian feminist sociologist Karim Flores, a specialist in gender and employment, told IPS.

“Not only that, other serious asymmetries such as the unemployment rate, which is higher among women than men, had not been overcome. In addition, the family-work relationship, which is a serious structural problem, had not been resolved,” she said.

The expert said that this set of factors led to women entering the pandemic at a disadvantage, which now makes the process of recovering their jobs more difficult and slower.

Activities such as manufacturing, commerce, tourism, catering and hospitality, characterized by a larger female labor force, were among the hardest hit by the crisis. They suffered a contraction and even came to a standstill at the onset of the pandemic.

According to the ILO, as of the second quarter of 2020, the female economic participation rate in the region was 43.5 percent. This is partly due to the fact that women who lost their jobs did not remain inactive or idle but turned to a number of other activities. 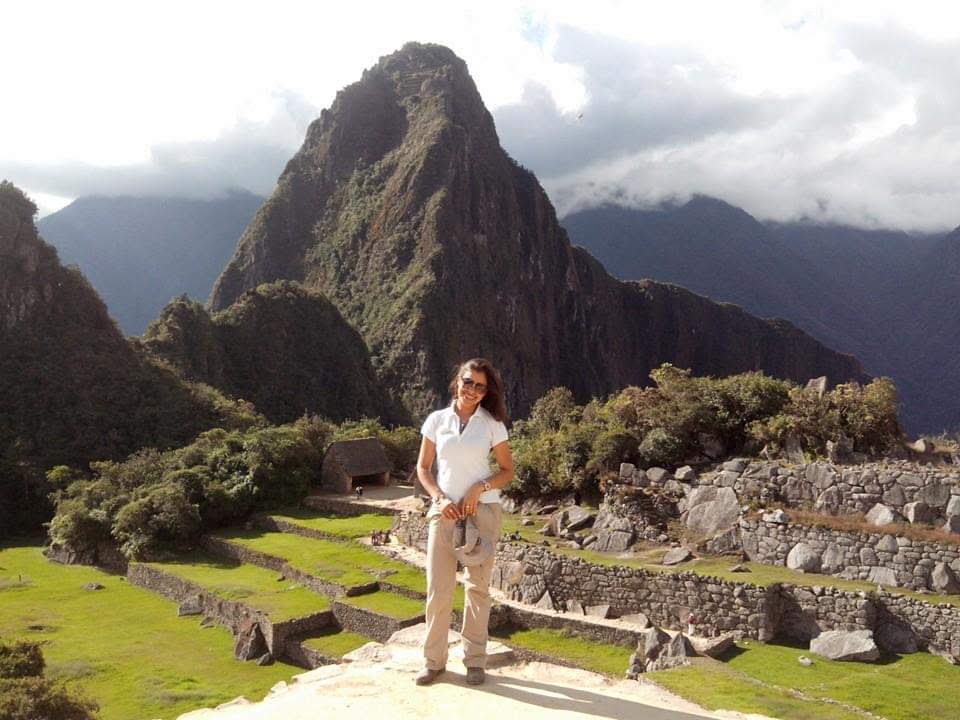 Aracelli Alava’s life was turned upside down by the pandemic. She is a tour operator at Machu Picchu, the emblematic Inca ruins in southern Peru, where she is seen in the photo. The paralysis of the tourism industry forced her to become an online translator and only now is she beginning to resume her profession and her passion. CREDIT: Courtesy of Aracelli Alava

Aracelli Alava is one illustration of this phenomenon. The 40-year-old Peruvian used to depend totally on tourism for a living. A qualified English translator, she helped moved tourists to different parts of the country with her company that provided services to travel agencies.

“I traveled four times a month on a routine basis, when suddenly the borders were closed and flights were brought to a halt. It was a terrible sensation; when they take away something that you are passionate about, that is your motor and motivation, it depresses you. That’s when my survival instinct kicked in,” she said.

She saw that her colleagues started selling different products, or tried to start businesses. She made her degree count and began doing various translations online to support herself, often overcoming the feeling of not wanting to get out of bed.

“Thank God I don’t have dependent family!” she told IPS in a telephone interview from the historic Inca citadel of Machu Picchu, in Cuzco, where she is once again accompanying a group of tourists.

She said that tourism activity has begun to recover, albeit very slowly. “My income has not rebounded yet, the gap is big, I am still doing translations but I am confident that by mid-year things will be a little better,” she remarked.

Despite a greater recovery of women’s jobs in 2021 due to the reactivation of sectors of the economy, driven by the mass vaccination drive, it has not been enough to reach 2019 levels.

The unemployment rate is 12.4 percent according to the ILO report, several points higher than the pre-pandemic 9.7 percent.

This situation is compounded by the impact on working conditions and income levels in those jobs that were not lost or were recovered.

Before the pandemic, Yolanda Castro, 45, worked eight hours a day at a private school in the Peruvian capital, and after work she devoted herself to her family.

The Mar. 16, 2020 declaration of a state of emergency in the country and the new restrictions completely changed her routine as head of tutoring at a primary level.

“Shifting the dynamic of work to home was an odyssey, although I learned the monster of on-line work,” she said. “The hardest thing has been that it affects my family, that I had to take over their space, tell them to keep quiet, and work more than eight hours a day under those conditions for half my salary.”

To cover part of her monthly budget deficit, she used her culinary skills and on weekends she cooked food to sell. She was thus left without a break because she worked seven days a week. 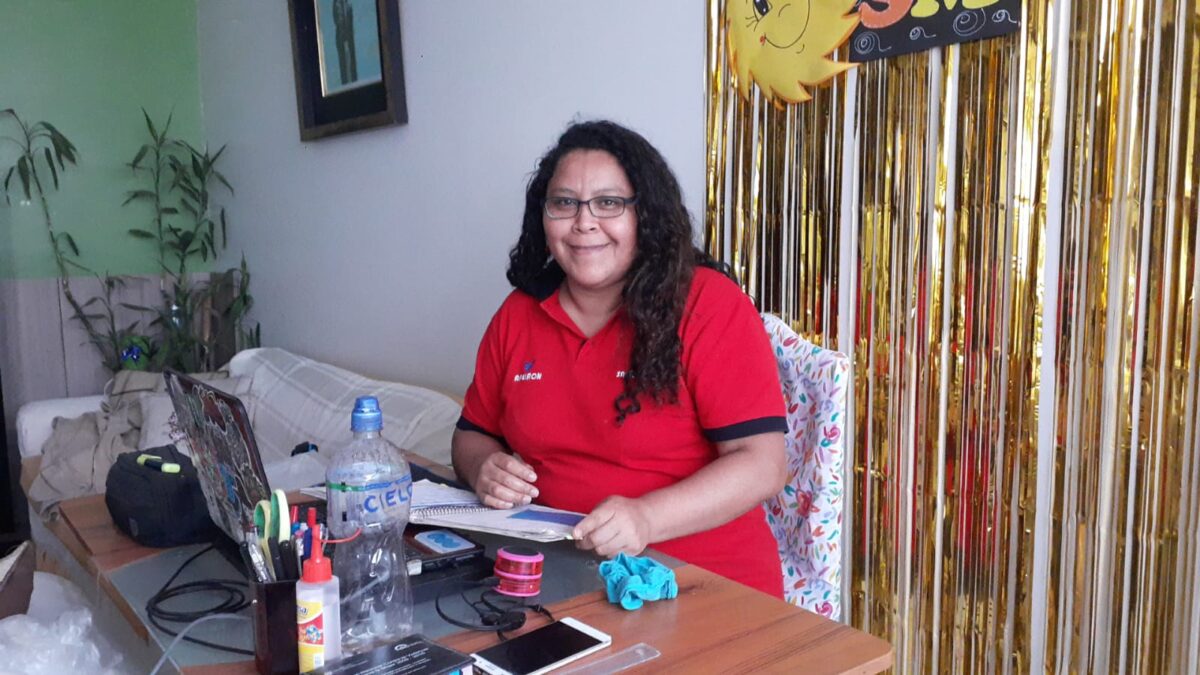 Yolanda Castro, the head of tutoring at a private school in the Peruvian capital, poses in the living room in her home, which has become her workplace since the start of the COVID pandemic, which also reduced her salary and forced her to supplement her income with other work and to work seven days a week. CREDIT: Mariela Jara/IPS

Castro said that in the first few months of the pandemic, during the lockdown when the military patrolled the streets, she would go out on the street with a white flag to drop off orders of stuffed potatoes, chicken broth, ‘sopa seca’ or potato pie at neighboring houses.

But the extra income was not enough to allow her to continue her specialization studies, which she had to suspend due to a lack of time and budget.

She has not yet returned to her pre-pandemic salary and although the government has announced that this year schools will go back to on-site classes, Peruvian educational institutions are still evaluating whether they will do so fully or in part, and contracts and pay will depend on what happens in that regard.

Flores the sociologist remarked that talk of pre-pandemic levels should not render invisible the gender inequality gaps in employment that need to be corrected in a post-pandemic scenario.

She raised the need to establish post-pandemic employment pacts to achieve a policy promoting decent work in Latin America and the Caribbean, the most unequal region in the world, also in terms of labor.

“According to the ILO, decent work respects rights, does not discriminate on the basis of gender or any other cause, respects unionization and collective bargaining, and guarantees a fair income and unemployment insurance,” she said.

She included in the proposal attention to mental health, affected by the high levels of anxiety and stress caused by uncertainty and shortages during the pandemic, and the gender digital divide.

“That gap already existed, it was linked to access and training; during the pandemic these two factors have excluded many women from teleworking,” she said.

Both the public and private sectors would be involved in the initiative of the pacts, which should include the central goal of advancing towards gender equality in employment. 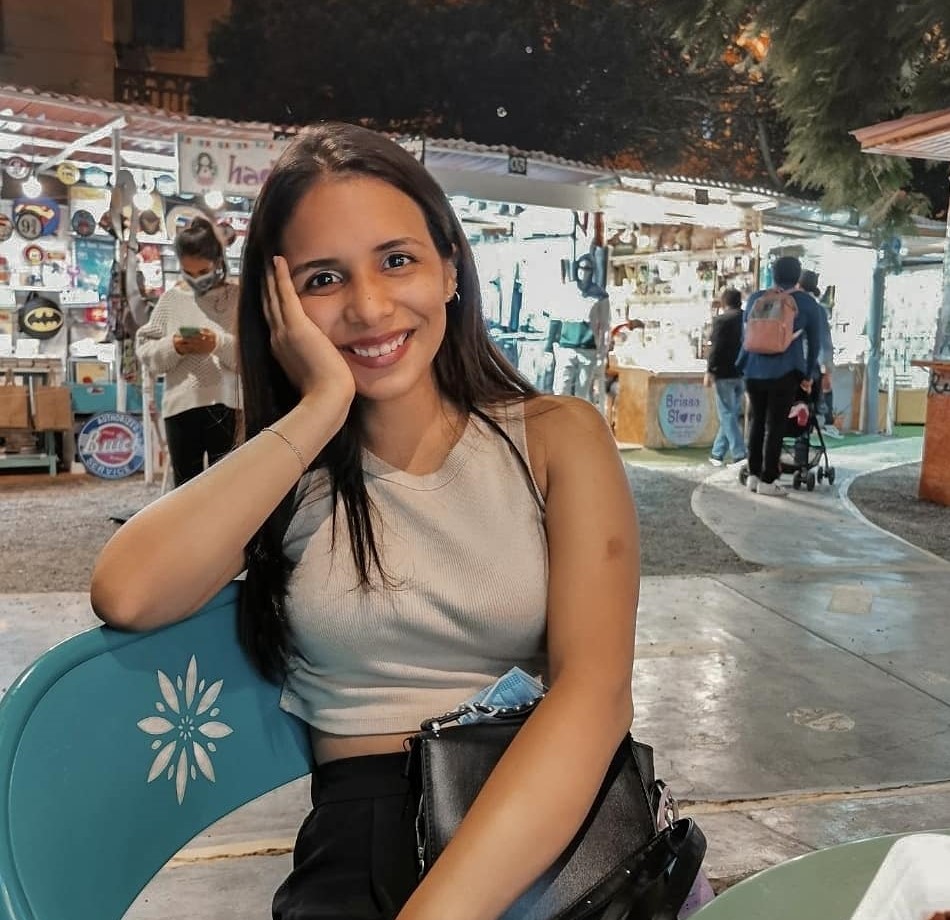 At 24 years of age, university graduate Mariana Navarro is one of many young people in Peru struggling to find a job amidst the greater difficulties created by the pandemic. She shares a smile of confidence in a better future, at a shopping mall in the city of Lima. CREDIT: Mariela Salazar/IPS

The case of young women

Flores also referred to youth unemployment, which according to the ILO report stands at 21.4 percent for the region. Although that is lower than the 23 percent of 2020, it remains more than two points above the pre-pandemic rate of 18 percent.

She highlighted the barriers faced by female university graduates or young women who are trying to gain access to more highly qualified positions.

“Gender stereotypes persist in the management of human potential, from the processes of selection and evaluation to hiring, which end up marginalizing women,” she said.

In addition to all this, the idea prevails that because they are young, they should be willing to accept exploitative conditions.

That is what happened to Mariana Navarro, a 24-year-old with a university degree in administration, who for most of 2021 worked at a private medical center.

“It was an onsite job as an administrator, but I was the only non-health staff member so I also had to look after business issues, logistics, reception, and whatever came up. It was too many responsibilities for one person, they didn’t want to give me a raise, and I was very stressed out,” she said.

She never imagined that after she quit she would not be able to find another job. She has been applying for different jobs for the past four months.

“I have seen countless application forms and I have noticed that they have raised the requirements, they ask for experience in the public and private sector, program management, specializations…My resume is not strong enough for the recruiters, how could I meet those expectations if I am just starting out, what options do we have?” she complained.

Being economically dependent on her parents affects her self-esteem and budget, and also limits her options, but she is not willing to be employed under exploitative conditions or in any activity outside her profession.

“I am persevering, fighting for a possibility of a decent job,” Navarro said.