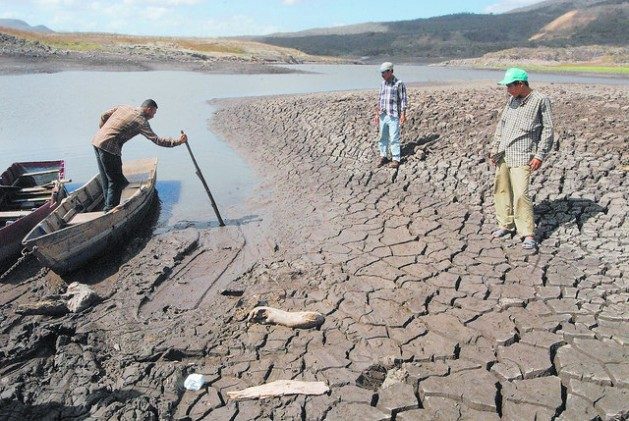 The worldwide degradation, fragmentation, and destruction of ecosystems are accelerating and generating serious consequences for flora, fauna and human well-being. Credit: Guillermo Flores/IPS

First, CLIMATE CHANGE is certainly the most worrisome threat to human security. The scientific evidence clearly demonstrates that climate change is a threat to the well-being of humans and the planet.

Global warming is resulting in unstable life-threatening changes in the planet’s climate and living conditions. Those cataclysmic changes are the consequence of human populations-caused atmospheric carbon pollution primarily due to the burning of fossil fuels.

Unfortunately, the response of world leaders to climate change has largely been the Climate Change Shuffle: deny, delay, and then do little. In brief, the international community of nations is witnessing the abdication of leadership by the major countries of the world.

Some have concluded that the world is in the midst of a human-caused extinction event. Many of the impacts of global warming are undeniable and are now considered as simply irreversible.

The ten warmest years on record have happened since 2005. In addition, 2020 was the second warmest year on record, being just 0.02 degrees Celsius less than the warmest year in 2016. 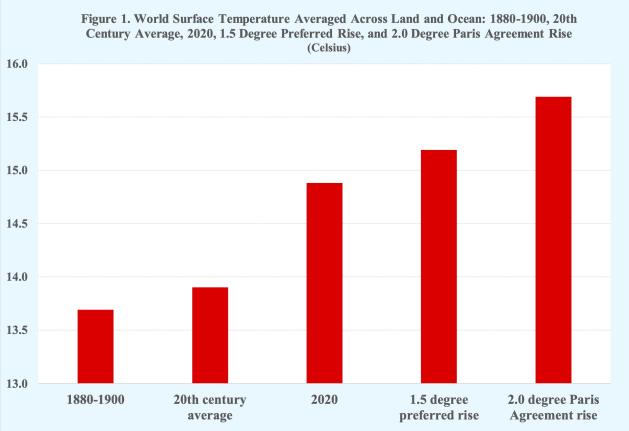 The goal to limit global warming to well below the Paris Agreement rise of 2 degrees Celsius, or preferably to 1.5 degrees Celsius, compared to pre-industrial levels is considered a losing battle.

In addition to the lack of global leadership, cooperation and enforceable objectives with explicit timetables, world leaders continue to sell out to wealthy interests and corporations that push for promised techno-fixes.

Second, WORLD POPULATION, which grew at record high rates during the 20th century, continues to grow and is greatly impacting all living organisms and natural resources on the planet.

Between 1920 and 2020, the population of the world quadrupled, increasing from 1.9 billion to 7.8 billion people. Moreover, since the first Earth Day fifty-two years ago, the human population on the planet has more than doubled, growing from 3.7 billion to nearly 8 billion today and is expected to add another 2 billion people by 2070 (Figure 2). 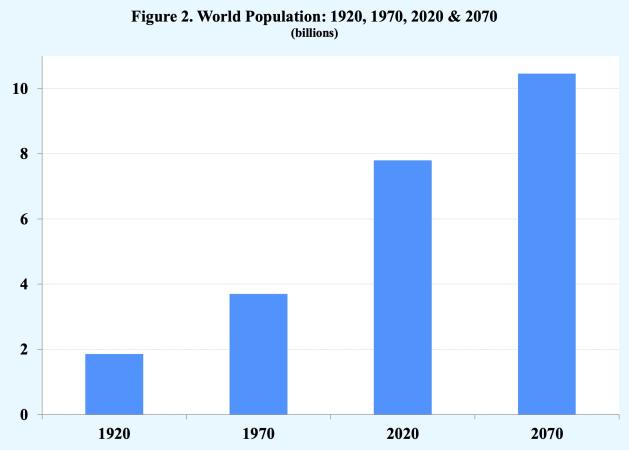 In addition, human migration is at record levels and greatly impacting nations worldwide. The global number of immigrants has reached a high of around 281 million, with more than 84 million people displaced from their homes and more than 30 million refugees. In addition, millions of men, women, and children continue to attempt illegal migration.

Immigration is a top concern of voters in most migrant-receiving countries, with many concerned about the effects of immigration on their society and culture. Most migrant-destination countries are turning to border walls, barriers and patrols, repatriating those unlawfully resident, resisting accepting refugees and denying most asylum claims.

In addition, as the demand for migrants is a small fraction of the supply of people wishing to migrate, illegal immigration continues to be a major global challenge. The increased migration, particularly illegal migration, is contributing to the rise of right-wing populist and nativist parties.

Third, ENVIRONMENTAL DEGRADATION is also critically altering conditions for all living organisms across the planet. The worldwide degradation, fragmentation, and destruction of ecosystems are accelerating and generating serious consequences for flora, fauna and human well-being.

The worsening conditions across land, sea, and air have been brought about by the unsustainable numbers of humans and their ongoing damaging behavior. The extraction of oil, gas, coal, and water, the logging, mining, fishing hunting, and the ever-increasing needs and demands of 8,000,000,000 humans have ruined large areas of planet Earth.

The degradation of environment includes reduced biodiversity, deforestation, depletion of natural resources, deteriorating ecosystems, and pollution. Since the first Earth Day in 1970, the planet has experienced a catastrophic decline in global wildlife populations and the natural environment is continuing to be destroyed by humans at an unprecedented rate.

During the past five decades, for example, the world experienced an average 68 percent drop in monitored vertebrate species, i.e., mammals, birds, amphibians, reptiles, and fish. In addition, the decline in monitored vertebrate species over the past half century varied considerably by major region from a low of 24 percent in Europe and Central Asia to a high of 94 percent in Latin America and the Caribbean (Figure 3). 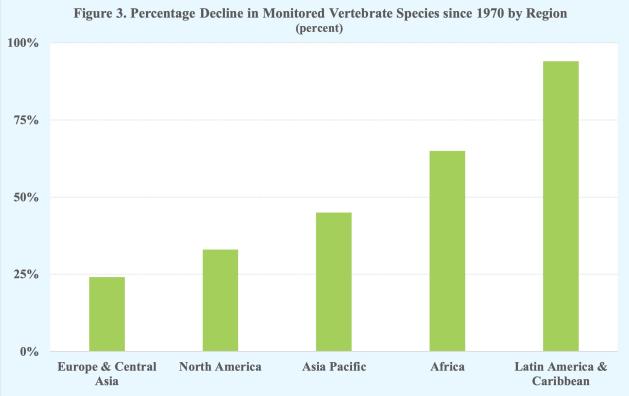 Biodiversity loss has largely been the result of habitat destruction due to unsustainable agriculture and logging, the continuing ruin of grasslands, forests, and wetlands, and the overexploitation of fish, mammals and natural resources. In the coming years the biggest driver of further biodiversity loss is expected to be human-induced climate change.

What needs to be done today to address climate change, world population, and environmental degradation, are not secrets, unknowns, or recent discoveries.

Over the past decades, scientists, environmental organizations, international agencies, intergovernmental panels, and many others have repeatedly warned world leaders about climate change, world population and environmental degradation. In addition, they have clearly spelled out the immediate steps required to address those critical issues.

Briefly, among those steps are: (1) adoption of energy efficiency and conservation practices and the replacement of fossil fuels with low-carbon renewables; (2) reduction of emissions of short-lived climate pollutants; (3) protection and restoration of the planet’s ecosystems; (4) shift from consumption of animal products to diets of mostly plant-based foods; (5) transition from emphasis on GDP growth toward sustaining ecosystems; and (6) the stabilization of world population, and ideally a gradual reduction, within a framework ensuring social integrity.

Unfortunately, based on the behavior of countries today and their expected actions in the future with respect to climate change, world population, and environmental degradation, objective observers are increasingly arriving at an unavoidable conclusion. Namely, it will be highly unlikely to avoid a disastrous future for life on planet Earth.