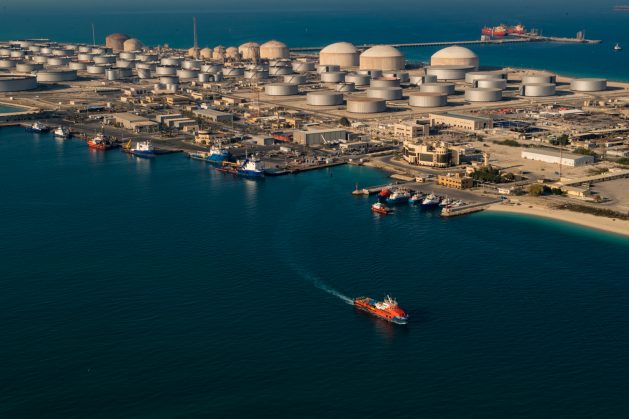 View of the Ras Tanura terminal in Saudi Arabia, the oil exporter receiving the highest revenues in the context of the crisis generated by the Russian invasion of Ukraine. CREDIT: Aramco

CARACAS, Apr 13 2022 (IPS) - The oil and gas supply crisis unleashed by the Russian invasion of Ukraine represents new business opportunities for the oil-producing countries of the developing South, both traditional and emerging, and also for accelerating the global transition to green forms of energy.

“The countries with the most positive economic effects are the net exporters that depend on hydrocarbon revenues for a large portion of their budget, economic activity and foreign exchange,” Nate Graham, head of energy at the Washington-based think tank Inter-American Dialogue, told IPS.

In Latin America this is the case, Graham said, for “countries such as Colombia, Ecuador and Venezuela, while on the other hand, countries in the Caribbean, Central America and Chile, which import oil and gas, will suffer the opposite effect.”

The opportunities arose after the Feb. 24 invasion of Ukraine, due to the abrupt withdrawal, in markets with fragile balances, of some three million (159-liter) barrels per day of crude oil from Russia, and the decision of a large part of Europe to cancel gas imports from Russia and look for other suppliers.

Oil and gas producers in the South “are enjoying extraordinary revenues,” Venezuelan oil geopolitics expert Kenneth Ramirez told IPS, “but those who are not producers have higher energy bills and are suffering from higher prices for food, of which Russia and Ukraine are major suppliers.”

Graham said: “Even in oil-producing countries, rising consumer fuel prices put pressure on governments to provide subsidies, which can then be politically difficult to reverse when prices fall again.”

But it seems that it is not yet time to heed all the warnings, given the new “(black) gold rush” unleashed in a world dependent on fossil fuel energy and aware that it will continue to be so for several more decades. 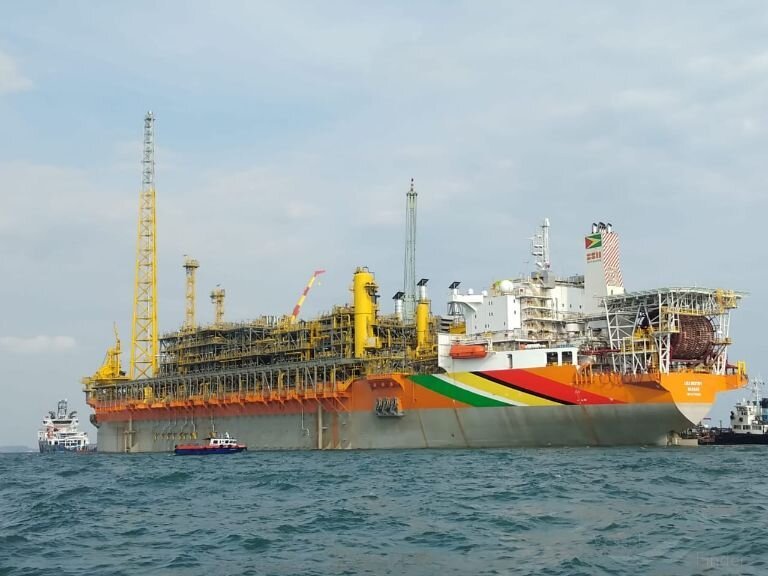 The oil production vessel Liza Destiny is used by Exxon to develop oil fields under Atlantic waters that Guyana has not yet definitively demarcated with neighboring Venezuela. CREDIT: SBM Offshore

In South America one of the first to benefit has been Guyana, which extracted from the Atlantic Ocean – in waters pending delimitation with Caracas, noted Ramirez, who chairs the private Venezuelan Council of International Relations – some 110,000 barrels per day (b/d) in 2021 and expects to add another 220,000 within a year.

To achieve this, U.S. oil giant Exxon, with a century and a half of experience in the industry, accelerated its decision to invest another 10 billion dollars in Guyana.

Neighboring Suriname is also hoping for new investments, and traditional exporters Colombia and Ecuador must be rubbing their hands together in anticipation. But the most striking note was a new contact between the United States and Venezuela.

Formal ties between the two political opponents are broken, Washington has imposed sanctions that prevent Caracas from freely trading its oil and the South American country has made a show of being Russia’s ally in the region.

Venezuela, a major oil exporter throughout the 20th century, with production exceeding three million b/d between 1997 and 2001, now produces less than 700,000 b/d, following a decline in its oil industry under the administration of President Nicolás Maduro, in office since 2013.

But the country has gigantic reserves, close to 300 billion barrels, mostly of heavy crude, and the market read the new contact from Washington as a sign that the United States has decided that the adiós to Russian supplies will last for a long time.

The US company Chevron, which maintains a minimum level of production in Venezuela with Washington’s permission, could invest to produce another 200,000 b/d in a year, and the state-owned oil company Petróleos de Venezuela (PDVSA) is studying the leasing of new oil tankers, according to industry sources.

A technician works at the Tema refinery in Ghana, an emerging oil producer in West Africa. CREDIT: TOR

In Africa, in addition to the best-known producers, such as Nigeria, Angola, Libya, Algeria and Egypt, there are the hopes of the smaller and newer producers, such as Equatorial Guinea, South Sudan and above all Ghana, which, from producing a few thousand barrels a day five years ago, now produces almost 170,000 barrels per day.

Iran is another long-time oil producer which is again flexing with the crisis: it maintains energy alliances with Russia while the tug-of-war with the United States – which has sanctioned it for more than 40 years – continues over its nuclear program, whose redefinition may free it from some sanctions.

Tehran, which produces 2.5 million b/d, is preparing to increase its crude oil exports from 1.2 to 1.4 million b/d, and has a long-term plan to return to a production level of four million b/d.

Among the major beneficiaries of the crisis are the Gulf Arab exporters and in general the partners of the Organization of Petroleum Exporting Countries (OPEC), which act in alliance with 10 other producers in the OPEC+ group.

The main benchmark crudes, U.S. West Texas Intermediate (WTI) and North Sea Brent, were trading at around 70 dollars per barrel in 2021, but with the Ukraine crisis their prices soared: Brent has been holding steady this April at above 100 dollars and WTI at close to 95 dollars.

Global demand for crude oil is approximately 100 million b/d, of which OPEC contributes 32 million b/d, plus another 14 million b/d from the 10 OPEC+ allies, including Russia, Kazakhstan and Mexico.

OPEC+ rejected the request of large consumers, considering that the price increase is not due to market fundamentals but to the conflict in Ukraine, and agreed to add only 432,000 b/d to the group’s supply, starting in May.

“Nobody listened when we said more investments were needed in oil and gas,” said Emirati Oil Minister Suhail al-Mazroui. “Raising production will only be in a measured way and through a consensus among members.”

U.S. President Joe Biden then ordered the release of one million b/d for six months from his country’s strategic reserves of more than 650 million barrels, to increase the crude oil available to refineries and thus try to curb the rise in fuel prices.

Meanwhile, Algeria allowed itself the luxury of maintaining steady prices for the gas it exports to all its customers but not to Spain, in retaliation for a change in Madrid’s position on the dispute over the self-determination of the Saharawi people.

A crude desalter unit on its way to the Orinoco Oil Belt in southeastern Venezuela, considered the largest deposit of heavy crude on the planet and whose diminished production could receive a new boost as a result of the current energy crisis. CREDIT: PDVSA

The weight of Russia

And Moscow has stated that it will receive payment in rubles for its oil and gas exports to Europe, a region 40 percent dependent on Russian gas and 27 percent on its oil, with which it has not been able to completely do without after six weeks of war.

The late U.S. politician John McCain (1936-2018) said in 2014 that Russia “is a gas station masquerading as a country” to underline the nation’s heavyweight status in the field of fossil fuel energy.

Of the 1.7 trillion barrels of crude oil reserves on the planet, Russia has 107 billion, surpassed only by Venezuela, Saudi Arabia, Canada, Iran and Iraq. The Eurasian country produces 10.8 million b/d (more than 10 percent of the world total), behind only the United States and almost as much as Saudi Arabia.

The richest will earn more

Among the winners, oil companies will earn the most, and this year the 25 largest could make profits between 100 and 120 billion dollars higher than in 2021, when, according to the U.S. organization Accountable.US, they made record profits of 237 billion dollars.

Consumers, meanwhile, will pay the price. In almost all of Latin America a liter of gasoline costs well over a dollar (1.75 dollars in Uruguay, 1.40 in Chile, and 1.32 in Guatemala, for example) and even in up-and-coming Guyana – which has crude oil but no refinery, Graham pointed out – it sells for almost 1.10 dollars.

In the United States, where one out of every five barrels of oil the world produces is consumed, a liter cost 75 cents a year ago and this April averaged 1.10 dollars, with higher prices on the Pacific coast. 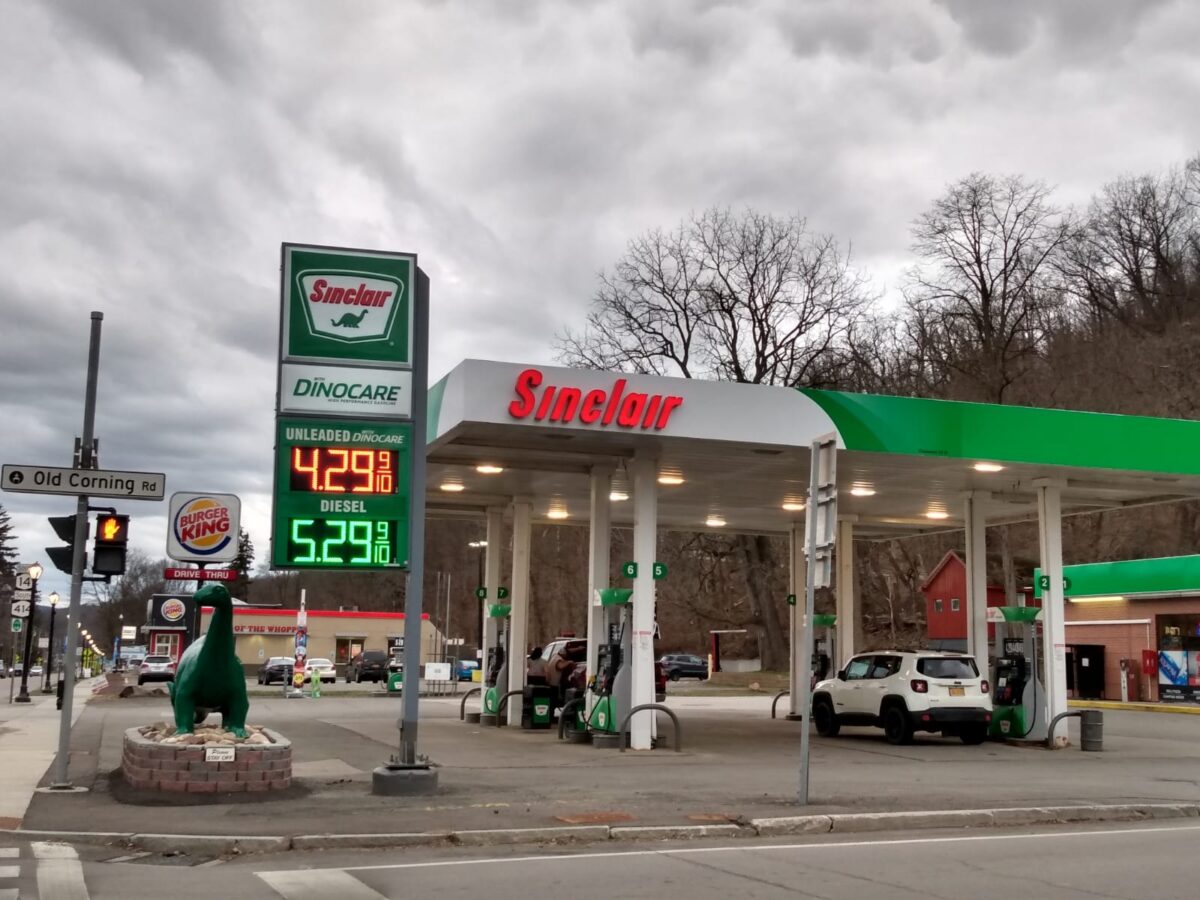 Gasoline prices this year exceeded four dollars per gallon (more than a dollar per liter) in the United States, and in an attempt to curb prices the government is releasing part of its strategic crude reserves so that the refineries have sufficient supplies. CREDIT: Fidel Márquez/IPS

In Europe, “the majority are now betting on a pragmatic and possibilist vision, which continues to focus on renewable energies and energy efficiency, but a debate is opening up about the use of nuclear energy and even coal, which would make a better balance between energy security and climate change,” said Ramírez.

Graham believes that “the present crisis underscores the geopolitical risks of dependence on foreign oil and gas and the importance of reducing it for security reasons, which can be an accelerating factor for the transition to renewable technologies and green hydrogen (obtained from clean energy sources).”

But “on the other hand, some may interpret the present crisis as a reason to increase domestic and regional hydrocarbon production in the short term, which may extend dependence on fossil fuels, while companies recover the costs of new investments,” he said.

In addition, there is pressure on governments to provide fuel subsidies to lessen the impact of the crisis on consumers, which may be politically difficult to reverse and might thus generate the opposite effect to what is needed to drive the energy transition, Graham said.

The International Energy Agency (IEA), made up of major industrialized consumers, recognized at its Mar. 24 meeting held to assess measures to address the crisis “the importance to energy security and clean energy transitions of ensuring clean, affordable, reliable, resilient, and secure energy infrastructure.”