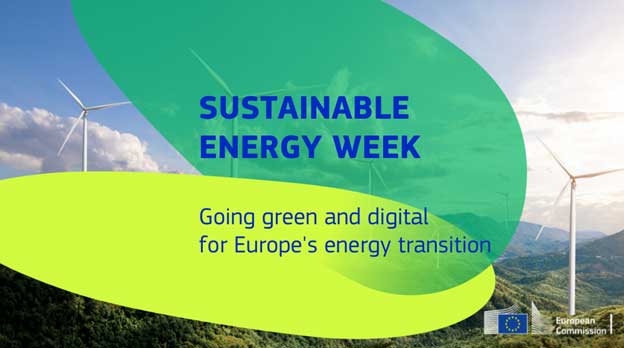 BRUSSELS, Jun 14 2022 (IPS) - The fast-changing environment requires Europe’s energy system not only to adapt but to also find the right mechanisms to ensure its unity in the face of turbulent challenges.

In March 2022, European solidarity was translated into tangible policy action when EU leaders officially agreed to jointly buy natural gas, liquified natural gas (LNG), and hydrogen in an effort to protect citizens from skyrocketing energy prices and lessen reliance on Russian imports. In theory, this shows European alignment and solidarity in action. But what does this mean in practical terms?

The idea of a joint gas purchase agreements is not a new one. In April 2014, the then Prime Minister of Poland, Donald Tusk, proposed this instrument for jointly buying gas in a mandatory form, as part of the ‘EU Energy Union’ framework. Mandatory joint procurement has been welcomed but with a hint of scepticism, as Member States were not eager to pursue this united approach due to differing national policy views. That is why one year later, on 19 March 2015, the EU governments endorsed the voluntary option of this mechanism as a compromise.

However, nowadays the energy policy landscape is changing at the speed of light and this instrument might be more relevant now than ever. According to Kadri Simson, the European Commissioner for Energy, the process of joint procurement is ‘straightforward’.

‘Member States that wish to do so define their own parameters for the joint action – how much gas is to be bought, for how long, how this gas would be used in an emergency situation, and then they inform the Commission’. The Commission would then inform the other Member States of the action being taken and check that energy market and state aid rules are respected.

To this end, the EU has launched the EU Energy Platform – to pool demand, coordinate infrastructure use and negotiate with international partners to facilitate joint purchases. Importantly, Ukraine, Georgia, the Republic of Moldova, as well as the Western Balkans countries, can also join this form of collective purchasing agreement.

This approach might sound familiar, as the EU already managed a solidarity mechanism during the pandemic when the Commission coordinated the joint Covid19 vaccines procurement to ensure timely supply to each Member State. Some experts claim that gas is much more problematic than purchasing vaccines.

Pessimistic voices argue that the mechanism works if everyone’s in. Purchasing power works best if you’re buying a lot – and right now it’s not clear what percentage of EU’s gas would fall under the proposed joint procurement.

Moreover, the distribution aspect might be problematic. EU countries have different levels of gas reliance on Russia, and not every Member State has storage facilities or direct access to an import terminal for cargoes arriving via ship.

Nevertheless, there are also arguments in favour of this mechanism. For example, Christian Egenhofer, Associate Senior Research Fellow at the Centre for European Policy Studies (CEPS), said that an effective joint gas purchasing plan could stop the Member States from competing with each other in buying gas but also from presuming to offer shabby deals to autocratic rulers. In addition, and more long term, the joint gas purchasing platform could lead to a truly European security of gas supply policy.

The renaissance of the solidarity mechanism

Despite criticism, the crisis is pushing the EU toward a joint approach. On 27 April 2022, state-controlled Russian energy company Gazprom cut off Poland and Bulgaria from its gas supply because they refused to pay in Russian rubles, as President Vladimir Putin has demanded.

European Commission’s President Ursula von der Leyen reacted and highlighted in her statement that ‘Both Poland and Bulgaria are now receiving gas from their EU neighbours. The era of Russian fossil fuels in Europe will come to an end.’ Bulgarian Energy Minister Alexander Nikolov also underlined that Bulgaria counts on the Commission’s common purchasing strategy to buy gas.

Finland also found itself in the same position on 21 May 2022, when Gazprom officially stopped gas exports as it had not received payment in rubles. Finland found the solution in a joint approach and together with Estonia concluded an agreement on the joint leasing of a floating terminal for LNG that will guarantee the supply of gas to both countries.

More recently, Gazprom extended its gas cuts on 1 June 2022 by stopping supply to GasTerra, which buys and trades gas on behalf of the Dutch government. Furthermore, it also cut off gas flows to the Danish energy firm Ørsted and to Shell Energy for its contract to supply gas to Germany, after both companies failed to make payments in roubles.

GasTerra said it had found alternative contracts for the supply of the 2bn cubic metres of gas it had been expecting to receive from Gazprom between now and October. Ørsted also declared that a gas cut would not immediately put the country’s gas supplies at risk. They would turn to the European gas market to fill the gap.

In the case of Germany, while the move appears to be largely symbolic — amounting to about 3 per cent of Germany’s Russian gas imports, according to Robert Habeck, Federal Minister for Economic Affairs and Climate Action, ‘the situation is escalating to the point that the use of energy as a weapon is becoming a reality’.

He also emphasized that Germany can cope with the latest disruption in part by securing alternative supplies, adding that there’s no need to elevate Germany’s alert level. The country’s three-stage emergency plan, which is currently at its first level, could see its network regulator eventually ration gas if supplies get tight.

During this critical time, the solidarity mechanism is experiencing a renaissance. In the end, its effectiveness will depend on the volumes that will be purchased and how many Member States will adhere to it.

However, considering the need to reduce the dependency on Russian fossil fuels as soon as possible, it is clear that no Member State can tackle this challenge on its own. A truly united European energy front is the only way forward.

Reghina Dimitrisina is a Policy Advisor at the Friedrich Ebert Stiftung’s competence center for Climate and Social Justice.