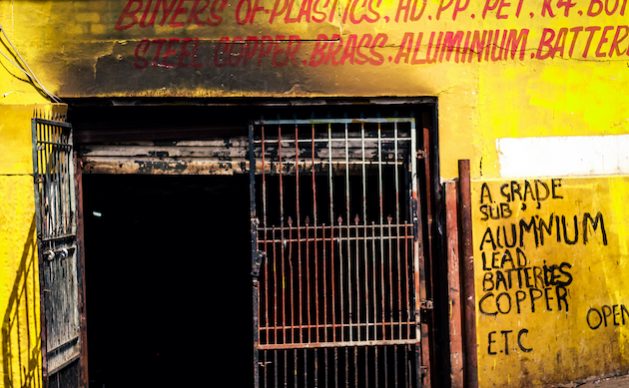 Damage caused by arsonists during a xenophobic attack in Johannesburg. Credit: Lwazi Khumalo/IPS

Johannesburg, Jul 7 2022 (IPS) - Around the world, from Syria to Libya, from Bangladesh to Ukraine, millions have become refugees in foreign lands due to war, famine, or political and economic instability in their countries.

After South Africa gained freedom in 1994, Africa’s powerhouse became a magnet for migrants from politically and economically unstable African and Asian countries. But in recent years, with the country facing an economic meltdown and an unemployment rate of about 37 percent, waves of xenophobic attacks have shattered the dreams of migrant communities.

Since 2008 when at least 62 people were killed, thousands of migrants have faced intermittent attacks, been left homeless, or have had their shops burnt or looted.

Locals blame the migrants for taking away their jobs and the increase in crimes such as hijackings (armed vehicle robbery), human trafficking, and drug peddling (mainly attributed to Nigerians). 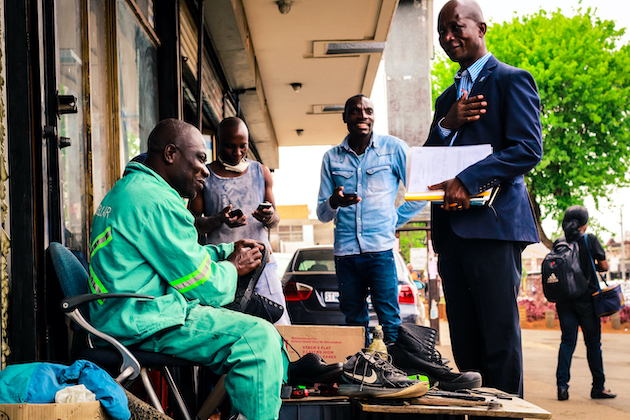 Politicians, such as former Johannesburg Mayor Herman Mashaba, blame foreign nationals for the country’s socio-economic woes, adding to the cocktail of anti-migrant sentiment. Other politicians and even some members of the ruling African National Congress(ANC), battling for its political life, have taken to “scapegoating” foreign nationals.

The rise of the Dudula movement (meaning pushback in isiZulu) has further whipped up anti-migrant sentiment. On June 11 and 12, 2022, stallholders at the Yeoville market in inner-city Johannesburg had to close shop after Operation Dudula threatened to remove foreigners from their stalls. The stallholders are mainly Congolese migrants.

On the night of June 20, arsonists set fire to 23 stalls destroying goods worth about R500,000 (about 30,500 US dollars). It’s suspected that the fire was linked to or inspired by the Dudula group – although the group denied complicity.

A stallholder who spoke to IPS on condition of anonymity said a group of people seen loitering near the market that night is believed to have started the fire. The distraught mother of four said she could not do business because all her stock had been destroyed. Worse still, she owed her suppliers because she bought on credit and planned to repay them later.

IPS spoke to a long-haul driver, a documented Zimbabwean who has been in South Africa for 11 years. The driver, who did not want to be identified, says he transports coal from a mine in Mpumalanga to Botswana and has been forced to send his family back to Zimbabwe.

“I have been sitting at home for three days because I am too frightened to go to work. I didn’t steal anyone’s job because the company has a set rate. I am not undercutting anyone,” he says. 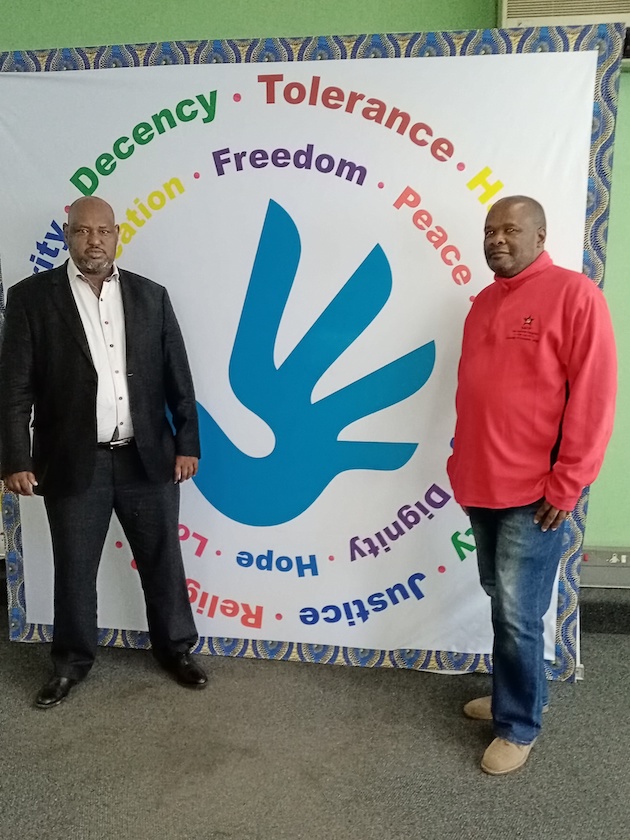 Amir Sheikh, leader of The African Diaspora Forum (ADF), says foreign nationals are not taking away jobs from locals: “There are at most about four million migrants in a population of over 60 million. So how can they be taking away every South African’s job?

He argues that foreign nationals benefit the country.

“They pay taxes and open shops in areas where elderly people on social grants and the poor have to travel long distances to buy essentials; they even sell goods on credit to customers. Poor township residents and pensioners also supplement their income by renting rooms up to R4,000 a month (about 300 US dollars) to foreign nationals.”

“In areas like Yeoville, migrants pay up to R7000 (about 425 US dollars) for accommodation to local landlords,” Jean Bwasa, another activist, adds.

Amir admits that there are criminal elements among foreign nationals.

“Just as much as there are criminals among South Africans.”

He laughs at the notion that all Nigerians are drug lords.

“How many people realize that the Yebo! Gogo man, the face of South Africa’s popular Vodacom cellular operator’s TV ad, Professor Kole Omotoso, is a Nigerian? His son Akin, a renowned filmmaker? Are they criminals?”

Nicholas Mabena Ngqabatho, Executive Director of the ADF, is working with union federation Cosatu to recruit foreign nationals into trade unions to protect them from exploitative bosses taking advantage of their desperate situation.

He says that many foreign truckers who come under attack are cross-border drivers.

“They are not taking away locals’ jobs but are part of a supply chain across Africa that is being disrupted by xenophobic attacks to the detriment of the South African economy.”.

Ngqabatho says foreign nationals run the gauntlet of extortion, attacks, and bureaucracy around documentation, such as the government’s decision to end the Zimbabwe Exemption Permit (ZEP) granted to Zimbabweans who came to SA before 2009.

The ADF is fighting to retain the ZEP on behalf of about 178 000 Zimbabweans. They face the prospect of becoming undocumented migrants, making them vulnerable to extortion and exploitation or forcing them to return to the country they fled for political or economic reasons.

Sheikh says it’s not all doom and gloom, and there are cases of inter-community solidarity in areas like Alexandra (a township in Johannesburg). Recently an alleged Dudula movement member was forced to make a hurried retreat when the local community became angered by an attempt to evict a foreign national from her home. 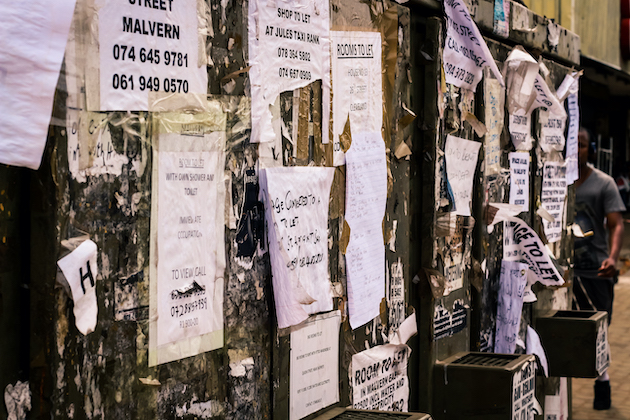 A wall with rental advertisements on Jules street in Johannesburg where migrants rent flats or rooms from South African landlords. Credit: Lwazi Khumalo/IPS

A study by the World Bank, Mixed Migration, Forced Displacement and Job Outcomes in South Africa, underlines the urban dimensions of migrancy into and within South Africa (from provinces like the Eastern Cape and KwaZulu Natal to economic hubs like Johannesburg and Cape Town). It highlights that both categories of migrants face the same challenges of poverty, overcrowding, high crime, and drug and alcohol abuse.

“In this sense, development actors often find it impossible to differentiate between the vulnerabilities that internal migrants, refugees, and locals face in urban areas,” the report states.

Debunking the myth that foreign nationals are ‘stealing’ jobs from locals or are better off than locals is the finding that “one immigrant worker generated approximately two jobs for local residents in South Africa between 1996 and 2011”.

According to World Bank, “immigrants and locals are likely to specialize in performing different and sometimes complementary tasks, which can lead to overall productivity gains and positive impacts on local employment and wages.”

The report further confirms the ADF’s contention that migrants create employment for South Africans. The report stated that “25% of immigrants are self-employed, possibly reflecting the demand for the diverse set of entrepreneurial skills they bring, which can result in large multiplier effects.”