Latin America Looks to COP27: ‘The Time to See Ourselves Only as Climate Victims is Over’ 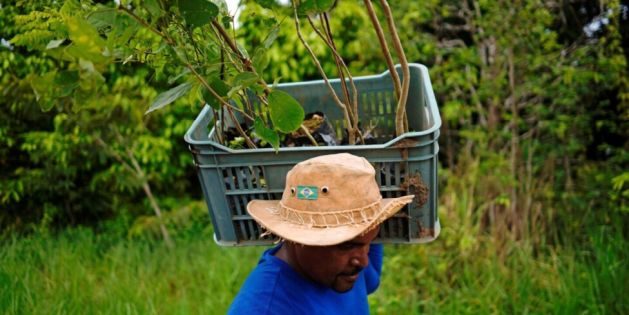 A worker carries trees to be planted during a reforestation project in Nova Mutum, Brazil, 2020. Latin America is one of the regions most vulnerable to climate change, but adaptation and mitigation projects are increasing in the region (Credit: Alexandre Meneghini / Alamy)

MÉXICO, Aug 31 2022 (IPS) - Latin America is already one of the world’s regions hit hardest by the impacts of climate change. Extreme weather events such as droughts, heatwaves, tropical cyclones and floods have caused scores of deaths and severe damage to crop production and infrastructure, as underlined in a recent regional report by the World Meteorological Organization (WMO).

As these events have increased in frequency and intensity, they have also driven millions of people to migrate. With the region’s average temperatures projected to rise at rates above the global average, these converging crises are expected to deepen in the coming decades.

As the UN’s next climate summit, COP27, approaches it is apparent that Latin America needs support from the global community. In a region beset by economic struggles, there have long been calls for financial tools that support multi-faceted efforts to combat climate change, at both the local and regional level – calls likely to grow ever louder after many were left frustrated by progress at last year’s COP26 conference.

But a concurrent shift in tone is being seen from some corners in Latin America ahead of the summit, set to be held in Egypt in November, with prominent voices calling on the region to play its own, increasingly assertive role in climate negotiations, and in driving climate action from home.

The WMO’s report exposes some alarming data on the impacts a warming world and changing climate have already brought upon Latin America. For example, glaciers in the tropical Andes have lost nearly 30% of their area since the 1980s, increasing the risk of water scarcity for populations and ecosystems in the region – and the risk of flooding for communities in proximity to them.

In 2021, sea levels in the region, specifically on its Atlantic side, also rose at a faster rate than the global average, raising the threats of flooding, freshwater contamination and storm surges in the coastal areas where a large portion of the population is concentrated.

The report also highlight’s Chile’s intensifying mega-drought, which has now entered its thirteenth year, making it the longest and most severe in a thousand years. The worsening drying trend is forcing its authorities to urgently improve water management, as tensions rise in some areas of the country, and address electricity supply issues to account for a shortfall in hydropower output – a source from which it has historically generated a sizeable portion of its electricity.

In South America more generally, droughts contributed to a 2.6% decline in the 2020–2021 cereal harvest, compared with the previous season, the WMO reports. Threats to the region’s agricultural – and by extension economic – output were compounded by heatwaves. 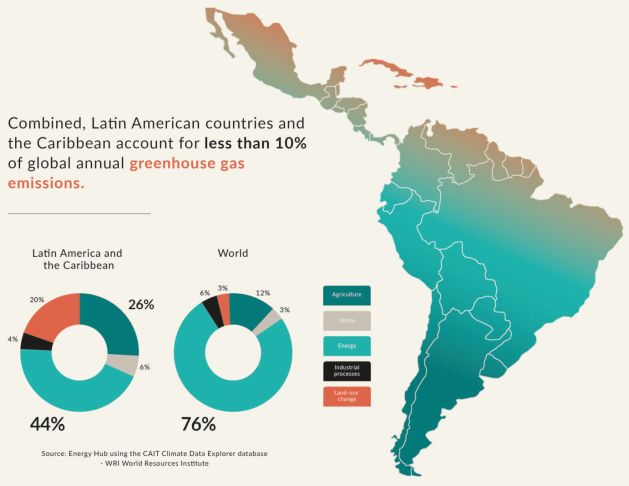 Upon the release of the WMO’s first edition of its “State of the Climate” report for the region in 2021, the WMO’s secretary-general, Petteri Taalas, had emphasised how Latin America and the Caribbean are “among the regions most challenged by extreme hydro-meteorological events” – an assertion only further underscored by this year’s update.

Taalas pointed to a number of recent extreme weather events, highlighting “the death and devastation from Hurricane Eta and Iota in Guatemala, Honduras, Nicaragua and Costa Rica, and the intense drought and unusual fire season in the Pantanal region of Brazil, Bolivia, Paraguay, and Argentina.”

Notable impacts of these events, the secretary-general added, included “water and energy-related shortages, agricultural losses, displacement and compromised health and safety”, all of which “compounded challenges” of the Covid-19 pandemic, and the recovery from it.

Standing up in adversity

Latin American and Caribbean nations together account for less than 10% of global annual greenhouse gas emissions, with most of their contributions coming from the energy sector, agriculture and land use change. But in its increased exposure to extreme events and above-average rates of change, the region is bearing the brunt of larger polluters’ emissions.

However, a change in tone was notable among some attendees at the recent Latin America and the Caribbean Climate Week, held in the Dominican Republic in July. Some experts were keen to assure that Latin America would not be entering upcoming climate talks simply as sufferers, but as active participants shaping the direction of action.

Max Puig, executive vice-president of the Dominican Republic’s National Council for Climate Change and Clean Development Mechanism (CNCCMDL), stressed that Latin America and the Caribbean will arrive at this year’s COP with a firm position. “The time to see ourselves as climate victims is over. Although we are, the time to take the helm of the ship has begun,” he said.

“It must be clear to our peoples and to the world that we are serious and that, even in the most difficult circumstances, we are not going to stop. We will overcome the difficulties. This is the message that Latin America and the Caribbean are taking to COP27 in Egypt.”

Some civil society representatives had hoped for more progress at the recent Climate Week, particularly ensuring that climate justice and human rights are put at the centre of discussions. But other figures were more positive about the event’s outcomes in building regional momentum – and steps towards consensus – ahead of COP27.

“After spending several days at this year’s Latin American and Caribbean Climate Week, I have seen that the countries of the region are making progress. I also saw the potential to accelerate climate action,” Ovais Sarmad, deputy executive secretary of UN Climate Change, told Diálogo Chino after the event’s conclusion. “We’ve heard a lot of potential solutions during this week.”

Although faced with tremendous challenges, Latin America has also proven to be a hub for innovative solutions to climate change. The region has great potential in renewable energies such as wind, solar and geothermal. There have also been advances in the transport sector, particularly in electric buses in the past decade, and a nascent growth in the uptake of private electric cars, with nations increasingly looking to spark a broader switch to electric vehicles.

Latin America and the Caribbean have also demonstrated a wealth of solutions that promote adaptation and mitigation, many of which may be replicated in other regions according to needs and contexts. Many of these solutions have been seen in the agricultural sector, with some derived from ancestral knowledge and historic practices that promote better management of water, land and energy.

Practices that fall under the umbrella of regenerative agriculture are gaining increased attention in Latin America. Agroforestry for example, which integrates trees into agricultural systems, can enhance productivity, improve and increase biodiversity, and contribute to greater carbon sequestration. Meanwhile, the region’s coastal ecosystems such as mangroves and marshes are now being recognised for their potential to mitigate climate change by sequestering carbon, while providing a range of other benefits. 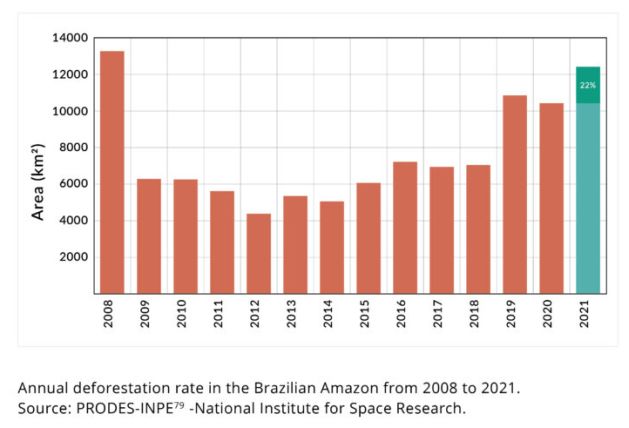 Forests are also Earth’s most vital sites of carbon sequestration, but face significant threats – perhaps nowhere more so than in Latin America, where biomes such as the Amazon, Cerrado and Gran Chaco have all witnessed vast deforestation in recent decades.

“With almost half of its area covered by forests, Latin America and the Caribbean represents about 57% of the world’s remaining primary forests, storing an estimated 104 gigatonnes of carbon. Fires and deforestation are now threatening one of the world’s largest carbon sinks, with far-reaching and long-lasting repercussions,” the WMO’s Taalas said at the launch of last year’s “State of the Climate” report. Despite notable progress and declarations at last year’s COP26, the monitoring and prevention of deforestation will likely remain on the agenda heading into this year’s summit.

The WMO’s 2021 report also stressed the need for strengthening early warning systems in Latin America. These are multi-hazard early warning systems (MHEWS) that can warn people about extreme weather events and prevent millions of deaths. These are essential tools for effective adaptation in areas at risk from weather, water and climate extremes, but for many nations, as with many solutions, effectively implementing them may be reliant on increased finance – highlighting once more what is likely to be a key agenda item as Latin America looks towards COP27.