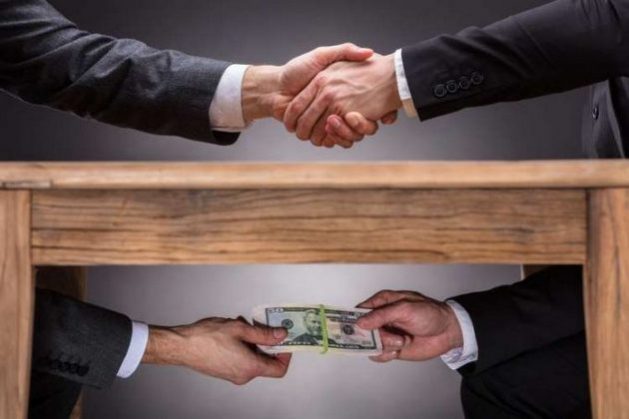 Many of the global crises we face are caused or exacerbated by corruption. Credit: Ashwath Hedge/Wikimedia Commons

WASHINGTON DC, Sep 27 2022 (IPS) - As global crises mount, the G20 is proving unable to find solutions. Political disagreements within the bloc- including most prominently with Russia over the ongoing war in Ukraine- have hamstrung collective efforts.

Economic challenges have inevitably led to a focus on domestic priorities. And significant political changes in key G20 countries over the past few months- such as the UK and Italy- have further undermined joint decision-making.

Equally, on corruption issues, the G20 has a long way go, although the body continues to reiterate its commitment fighting graft and leading by example on core issues such as the role of audit institutions, anti-corruption education, money laundering and graft in the renewable energy sector.

The G20 Anti-Corruption Working Group (ACWG) meets for the final time under the Indonesian Presidency this week- and while there remains plenty to do, there are also glimmers of hope for the future, as India takes on leadership of the G20 for 2023.

It is easy to get disheartened about the continued ubiquity of corruption- but beyond the headlines and if we pay attention to the small print, there is some important progress being made

To better understand the progress made, Accountability Lab, as one of the international Co-Chairs of the C20 Anti-Corruption Working Group (ACWG), has partnered with the Royal United Services Institute (RUSI) to distill complex and scattered information on anti-corruption within G20 countries (often buried in lengthy reports, as we’ve highlighted previously) into a set of easy-to-understand one-pagers. Each of these (see Australia here or South Africa here for example) outlines for each of the member countries the progress made against key priorities, with the goal of encouraging sharing of ideas and learning within the G20.

Here is what we found:

Enhancing the role of audit in tackling corruption

The G20 ACWG recognizes the important role of audit in preventing corruption in both the public and private sectors, and member countries have institutions and systems in place to deter corruption.

For instance, 17 out of the 19 G20 member countries (the 20th is the EU) score over a global average of 63 on the International Budget Partnership’s metric for oversight by supreme audit institutions. Brazil has received a great deal of scrutiny in recent years because of corruption, but Brazil’s Tribunal de Contas da Uniao (TCU) is cited as an example for its innovative use of data analytics and artificial intelligence including identifying indicators of corruption.

Most G20 member countries have policies guaranteeing the right to participation through specific laws such as the right to information, public information disclosure or public procurement, to name a few.

In India, the Pre-legislative Consultation Policy was passed recently to ensure public participation in policy-making processes, and government as well as civil society platforms are available to promote public education, including on corruption issues.

In Australia a public-private partnership (Bribery Prevention Network) launched in October 2020 bringing together the private sector, civil society, government and academia to provide free resources to help corporates implement anti-bribery programmes, and was runner up in the Anti Corruption Collective Action Awards 2022.

The G20 acknowledges gaps in member countries’ anti-money laundering efforts, particularly related to preventive measures targeting professional enablers, including accountants, lawyers, or real estate agents- and is aiming to pull together guidance on these issues through a Compendium for Professional Enablers of Money Laundering.

While most countries do not have a comprehensive definition of Designated Non-Financial Business Professionals (DNFBPs), Indonesia, Japan, Mexico, and Saudi Arabia comply with the 2012 Financial Action Task Force (FATF) standards on the definition. The 2021 follow-up review from FATF noted that the revisions to China’s anti-money laundering law will include general provisions and supervision of DNFPBs.

In the US, if the ENABLERS Act– which was approved by the House of Representatives in July 2022– is passed by the Senate, it could regulate professional enablers; and in the UK, lack of supervision of enablers is being acknowledged by the government as it looks at different models to strengthen the supervision of accountants and lawyers.

The G20 is working on a background note on Promoting Anti-Corruption in Renewable Energy in order to raise awareness and increase collaboration to prevent corruption in the energy sector. In 2022, Argentina launched an open information system (SIACAM) which provides public access to data on mining activities in the country, including their environmental and socio-economic impacts.

The Resource Governance Index notes that Argentina is one of only 7 countries that has made this type of data available. Similarly in Mexico, progress has been made with the publication of all oil procurement contracts on the state-owned website oil company, Pemex.

Japan’s cooperation agreement with India and the European Union to share experiences and best practices on liquid natural gas is cited as an example to follow by the International Energy Agency.

It is easy to get disheartened about the continued ubiquity of corruption- but beyond the headlines and if we pay attention to the small print, there is some important progress being made.

With the G20, the key now- as India assumes leadership of group- is for member countries to double down on their commitments and follow-through on implementation of reforms. Many of the global crises we face are caused or exacerbated by corruption- now is the time for our leaders to get this right.