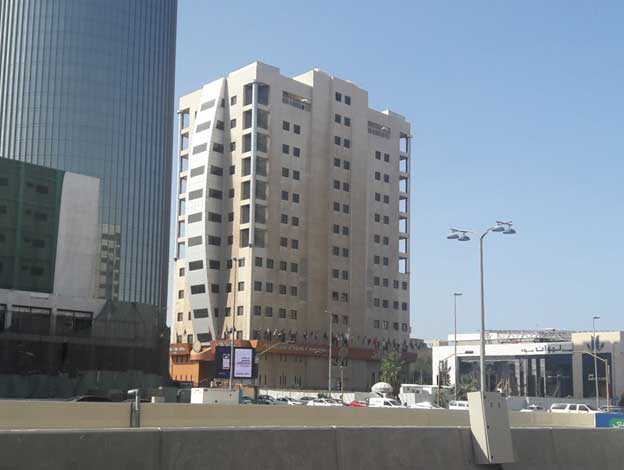 LOS ANGELES / WASHINGTON DC, Oct 21 2022 (IPS) - Eleven out of 57 members of the Organization of Islamic Cooperation (OIC) still sanction the death penalty for blasphemy and apostasy, silencing their citizens and emboldening violence by non-state actors.

For the past 70 years, Article 18 of the United Nations Declaration of Human Rights has condemned capital punishment for religious offenses, a global standard shared during our recent visit to the UN headquarters in New York.

As a prelude to the UN General Assembly (UNGA) high-level meetings in mid-September, we led the International Religious Freedom (IRF) Roundtable Campaign to Eliminate Blasphemy and Apostasy Laws, urging UN members to stand in strong support during two paramount resolutions calling for an end to the death penalty and extrajudicial killings.

We urge the insertion of language codifying the death penalty never being imposed as a sanction for non-violent conduct such as blasphemy and apostasy. The effort produced an encouraging response by Nigerian third committee officials who renewed their commitment to freedom of religion or belief by supporting embedded language in both the moratorium on the death penalty and a resolution on renouncing the death penalty for extrajudicial killings.

In the days that followed our visit, the world has witnessed the outrage of human rights activists and concerned global citizens with the death of Masha Amini, an Iranian Muslim woman who was arrested and subsequently died in the custody of Iranian morality police for a violation of the Islamic Republic of Iran’s compulsory hijab mandate.

Brutal cases like these will only cease when government officials in Iran, and other egregious human rights violators, listen to the cries of their people and uphold globally recognized human rights declarations. These include statutes supporting international religious freedom or belief, and the repeal of apostasy and blasphemy laws.

When most countries around the world and the majority of Muslim nations are taking concrete steps to abolish capital punishment for perceived religious offenses such as blasphemy and apostasy, some refuse to modernize their legislation, thus branding themselves as the worst violators of internationally recognized basic human rights.

This staunch obsession with upholding persecutory laws and implementing the harshest of punishments, violates religious freedoms – the right to life and the right to freedom of religion or belief. This misinterpretation of scripture is an abuse of Islam, tarnishing the image of Muslims around the world and a disregard to Gods mercy, a belief that transcends faith orientation.

The multidisciplinary and multifaith delegation from the International Religious Freedom (IRF) Campaign urged UN members, including: Luxemburg, Canada, and Sri Lanka, to raise their voices loudly in favor of embedded international religious freedom language in two resolutions which will come up for a vote during the UNGA in November.

Penholders Australia and Costa Rica are calling for a moratorium on the death penalty which is only supported by the IRF Campaign with the addition of specific language ensuring the death penalty never be imposed for non-violent conduct such as apostasy or blasphemy.

Likewise, Finland, as penholder for the UNGA resolution on extrajudicial executions, is being asked by global advocates to add language on freedom of religion or belief, emphasizing the necessity for States to take effective measures to repeal laws currently allowing the death penalty for religious offences, such as criminalization of conversion and expression of religion or belief as a preventative measure.

Article 18 of the United Nations Declaration of Human Rights is clear – everyone has the right to freedom of religion or belief. Yet, 11 States today maintain the death penalty for apostasy and blasphemy. We raise the voices of the voiceless, such as Pakistani woman Aneeqa Ateeq who was sentenced to death for blasphemy in January 2022 after being manipulated into a religious debate online by a man who she romantically refused.

As an outcome of our UN advocacy, we pray that the 11 Muslim member states—Afghanistan, Brunei, Iran, Maldives, Mauritania, Nigeria, Pakistan, Qatar, Saudi Arabia, Somalia, and Yemen– join in the common-sense repeal of the death penalty for blasphemy and apostasy as a great step toward becoming civilized nations.

The majority of OIC member nations who do not sanction the death penalty for religious offenses should be regarded as examples of modernity and humanity and their path to restore and uphold basic human rights should be replicated.

The Qur’an says, “There shall be no compulsion in religion; the right way has become distinct from the wrong way.” (Qur’an 2:256). Likewise, we read passages like 18:26:, “And say, ‘The truth is from your Lord. Whoever wills – let him believe. And whoever wills – let him disbelieve,” and “whoever among you renounces their own faith and dies a disbeliever, their deeds will become void in this life and in the Hereafter (Qur’an 2:217).”

The holy book, which serves as a moral compass for the laws in OIC member nations, upholds the right to freedom of religion or belief which has been recognized by the OIC majority.

As has been recently witnessed in Iran, when civil society activates around globally recognized human rights, the world takes note. The OIC asserts its purpose “to preserve and promote the foundational Islamic values of peace, compassion, tolerance, equality, justice and human dignity” and “to promote human rights and fundamental freedoms, good governance, rule of law, democracy, and accountability”.

To that end, with the passage of both critical UN resolutions, OIC members will face the controversial and politically sensitive task of calling out other OIC colleagues who continue to violate human rights by imposing the death sentence upon individuals for exercising their right to freedom of thought, conscience, and religion.

We assert that it is a societal problem as much as it is a reflection of the deficiency of democratic values and principles.

Embedding international religious freedom language in both resolutions calling for the repeal of the death penalty will be strengthened with the strong support of the 46 OIC nations and other human rights champion nations in the days ahead.

We are encouraged by Saudi Arabian scholar, Dr. Mohammad Al-Issa of the Muslim World Alliance, who travels the world sharing the unanimously approved Charter of Makkah – a document affirming differences among people and beliefs as part of God’s will and wisdom.

Our collective voice must be unwavering in its call and commitment to repeal the death penalty for blasphemy and apostasy as a primary step towards upholding theologies of love and compassion, building toward human flourishing.