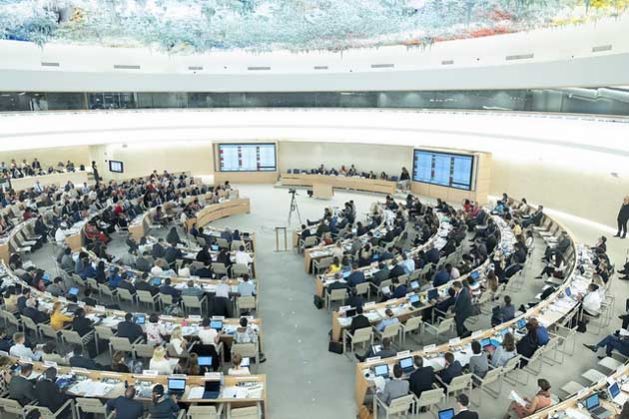 NEW DELHI, Oct 3 2022 (IPS) - The economic, political, and human rights calamity gripping Sri Lanka has made news around the world, but its roots go back years – or even decades. In September, the former United Nations High Commissioner for Human Rights, Michelle Bachelet, underscored in her report on Sri Lanka that “impunity for serious human rights violations [has] created an environment for corruption and the abuse of power.”

The UN Human Rights Council will soon consider a resolution to address this issue. Countries in the global south that serve on the council, – —including Benin, Côte d’Ivoire, Gabon, Gambia, Namibia and Senegal, have an important role in supporting the people of Sri Lanka to address the current crisis and its underlying causes.

Between 1983 and 2009 Sri Lanka endured a devastating civil war between the government and the separatist Liberation Tigers of Tamil Eelam (LTTE). The decades of brutality against civilians and the government’s continuing attempts to shield those responsible from justice, have cast a long shadow over the country. Both sides committed widespread violations of international law.

“It is the inability to get truth and justice in Sri Lanka despite many efforts, and the subsequent loss of confidence and hope in domestic processes, that drive many Sri Lankans to Geneva”

In the final months of the conflict in 2009, the LTTE used human shields, while tens of thousands of Tamil civilians were killed when government forces shelled no-fire zones and hospitals. As the war ended with the defeat of the LTTE and the destruction of its leadership, government forces were implicated in summary executions, rape, and enforced disappearances.

Since then, many Tamils have sought to learn what happened to those who did not return. In August, a group known as the Mothers of the Disappeared passed 2,000 days of continuous protests demanding to know the fate of their loved ones. Instead of receiving answers they have been subject to intimidation and surveillance by the government’s security apparatus. Nevertheless, representatives of the group have travelled to Geneva to ask the Human Rights Council to keep their hopes of justice alive.

Over many years, people from all of the country’s faiths and communities have taken their accounts of suffering and their search for justice to the Human Rights Council. As the prominent Sri Lankan activist Ruki Fernando recently wrote, “It is the inability to get truth and justice in Sri Lanka despite many efforts, and the subsequent loss of confidence and hope in domestic processes, that drive many Sri Lankans to Geneva.”

Successive Sri Lankan governments have appointed people allegedly responsible for these atrocities to high office, and blocked investigations, undermining the independence of the judiciary and the rule of law. In one rare case in which a soldier was convicted of murder, the president pardoned him.

Earlier this year, following years of mismanagement and corruption, Sri Lanka ran out of foreign exchange – meaning that it could no longer finance essential imports such as fuel, food and medicine, causing the government to default on its foreign debts. As inflation spiralled and people were unable to obtain basic necessities, massive protests broke out leading to the resignation of the prime minister in May and of the president in July.

On the streets, huge numbers of ordinary Sri Lankans called for constitutional reform and action to address corruption. A 2020 amendment to the constitution weakened human rights institutions and gave the president the power to appoint senior judges. It also undermined institutions such as the Bribery Commission that are responsible for combatting economic crimes.

The new president, Ranil Wickremesinghe, has promised reform. But he has responded by suppressing dissent, using the military to disperse peaceful protests and arresting dozens of alleged protest organizers. He has used the notorious Prevention of Terrorism Act to detain three student activists for up to a year without charge.

The use of the this law shows that the government’s assurances to the international community on human rights cannot be trusted. As recently as June the then-foreign minister told the Human Rights Council that there was a moratorium on the use of that law, which has repeatedly been used to enable arbitrary detention and torture, and which successive governments have promised to repeal.

The resolution currently before the Human Rights Council extends the mandate of a UN project to gather and analyze evidence of war crimes and other crimes under international law that have been committed in Sri Lanka and to prepare them for use in possible future prosecutions. It also mandates the UN to continue monitoring and reporting on the human rights crisis in Sri Lanka. As people struggle for daily necessities and the government cracks down on dissent, that is more important than ever.

The Sri Lankan government has opposed these measures, falsely claiming that it is already acting to protect human rights. To support Sri Lankans who are calling for change and accountability, Council members from the global south should fully support the resolution.