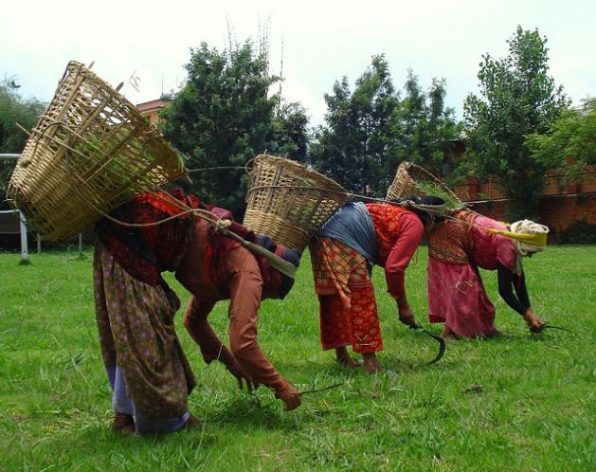 MADRID, Oct 17 2022 (IPS) - Make no mistake. Violence against women has been perpetuated, specially when it comes to those who have already been deprived of their basic human rights, as it is the case of rural women in over two-thirds of the world.

While gender-based abuses continue to be extended also in the industrialised societies, women in impoverished countries are still the hardest hit.

Did you know that smallholder agriculture produces nearly 80% of food in Asia and sub-Saharan Africa and supports the livelihoods of some 2.5 billion people?

And that in many parts of Africa and Asia women produce more than 50% of all food?

Yet they face significant discrimination when it comes to land and livestock ownership, equal pay, participation in decision-making entities, and access to resources, credit and market.

Moreover, rural women in these regions have also to bear with the current alarming increases in gender-based violence, transactional sex for food and survival, child marriage (with girls forced to leave school), and unpaid care and domestic workloads.

Furthermore, rural women in poor regions are often left alone as males are recruited and killed in armed conflicts or obliged to migrate.

In such cases, women are forced to bear the entire responsibility of keeping alive their numerous families, from care to food, while often eating the last and the least.

The above mentioned facts, among others, have been highlighted on the occasion of this year’s International Day of Rural Women on 15 October. See more:

In short, women account for a substantial proportion of the agricultural labour force, including informal work, and perform the bulk of unpaid care and domestic work within families and households in rural areas.

The focus on the harsh living conditions of rural women has been flashed out just one day before this year’s World Food Day (16 October), and two days earlier to the 2022 International Day for the Eradication of Poverty (17 October).

In either case, the Days remind that millions of people around the world cannot afford a healthy diet, putting them at high risk of food insecurity and malnutrition.

“But ending hunger isn’t only about supply. Enough food is produced today to feed everyone on the planet.”

Despite this fact, about 1.3 billion tons of food is wasted and lost… every single year, the equivalent of one ton per each of the one billion hungry people, many of them are those who produced the food.

In its recent reports: A World of One Billion Empty Plates, and Millions of Girls Abused in the Name of Toxic Masculinity, IPS has exposed how rising, cruel inequalities further push billions of humans into deeper impoverishment hitting girls and women the most.

Nevertheless, far from addressing such a grim reality, the world’s biggest war lords continue to spend on weapons in just one year, the equivalent to the budget of the largest humanitarian body–the United Nations for over a long half a century.