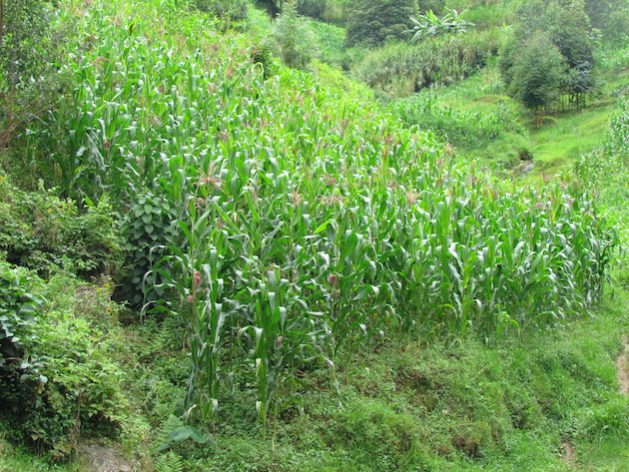 Activists say governments should be urgedto put agriculture onto the negotiating table at COP27 especially to diverse,resilient agroecological farming are crucial for farmers which will enablefarmers to adapt to climate chaos. Credit: Aimable Twahirwa/IPS

SHARM EL SHEIKH, Nov 17 2022 (IPS) - At a time when sustainable farming approaches such as agroecology have been removed from the text at ongoing global climate negotiation (COP27) taking place in Sharm El Sheikh, Egypt, activists are urging African governments to explore new steps to integrate agriculture into the UN climate agreement.

According to the most recent assessment of climate impacts from the Intergovernmental Panel on Climate Change (IPCC), loss and damage can broadly be split into two categories: economic losses involving “income and physical assets”; and non-economic losses, which include – but are not limited to – “mortality, mobility and mental wellbeing losses”. 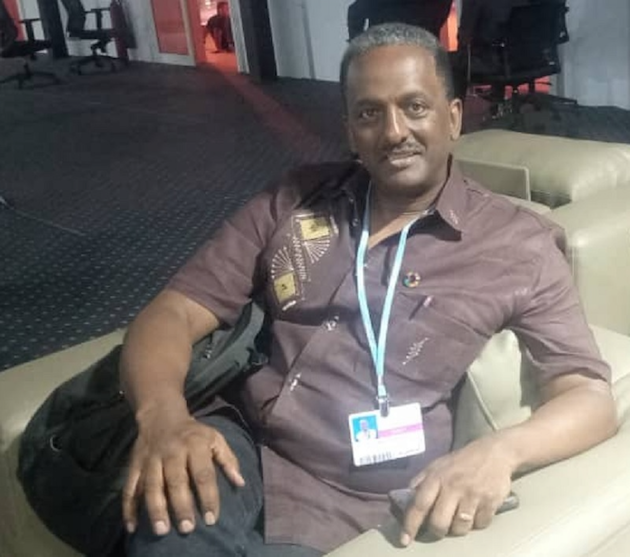 In the agriculture sector, estimates by the Food and Agriculture Organization of the United Nations (FAO) indicate that despite overall gains in food production and food security on a global scale, many countries, especially in Sub-Saharan Africa, have failed to make progress in recent decades.

According to UN experts, the region produces less food per person today than it did three decades ago, and the number of chronically undernourished people has increased dramatically.

“This must change because many of Africa’s agricultural and food security problems have been related to misguided policies, weak institutions in the context of climate crisis,” said Million Belay, the Alliance for Food Sovereignty coordinator in Africa (AFSA).

Belay pointed out that the industrial food system is a major culprit driving climate change but is still not being taken seriously by climate talks.

“Real solutions like diverse, resilient agroecological farming are crucial for farmers [in Africa] to adapt to climate chaos, but they are being sidelined and starved of climate finance,” he told IPS on the sidelines of COP27 in Sharm El Sheikh, Egypt.

While COP27 in Egypt is trying to address food systems, for the first time, new suggested solutions by multinational companies and global philanthropists by providing new technologies and systems that reward African farmers for mitigating emissions have become a new point of anxiety among climate activists.

The industrial food systems such as monocultures, high-fertilizer and chemical use are described by experts as an enormous driver of climate change in Africa, while small-scale, agroecological farming and indigenous systems comparatively have significantly less GHG emissions and can even work to sequester carbon in healthy ecosystems.

“Historically, these philanthropists and multinationals have been considering Africa as a continent facing an agriculture productivity crisis, yet the serious problem is instead related to resilience crisis,” Belay said.

As global warming patterns continue to shift and natural resources dwindle, agroecology is considered by climate experts as the best path forward for feeding the continent. Most experts agree that under current growth rates, Africa’s population will double by 2050 and then double again by 2100, eventually climbing to over 4 billion by the end of the century.

Martin Fregene, the Director of Agriculture and Agro-Industry at the African Development Bank, told delegates at COP27 that the power of agricultural technologies to raise productivity and combat malnutrition on the continent are desperately needed.

Speaking during a session that focused on major solutions for a sustainable Agriculture sector in Africa, Fregene pointed out that the inadequate public investment in agricultural research, training and infrastructure and the limited mobilization of the private sector are some major contributing factors to food insecurity affecting Africa because of Climate Change.

In May this year, the African Development Bank launched an African Emergency Food Production Facility to provide 20 million African smallholder farmers with seeds and access to fertilizers in a bid to enable them to rapidly produce 38m tons of food – a $12bn increase in production in two years.

The programme aims especially at providing direct subsidies to farmers to buy fertilizer and other inputs, as well as financing large importers of fertilizer to source supply from other regions.

While climate-induced shocks to the food system used to occur once every ten years on average in Africa, experts show that they are now happening every 2.5 years.

Estimates show by 2050, warming of just 1.2 to 1.9℃, well within the range of current IPCC projections, is likely to increase the number of malnourished in Africa by 25 to 95 percent–25 percent in central Africa, 50 percent in east Africa, 85 percent in southern Africa and 95 percent in west Africa.

Both activists and climate experts agree that the public sector in most parts of sub-Saharan Africa can do more to engage the private sector to ensure that smallholder farmers are taking ownership of established adaptation strategies.

Matthias Berninger, the senior Vice-President of Global Public and Government Affairs at Bayer, a global Life Science company with core competencies in the areas of health care and agriculture, told IPS that yet there are positive examples showing how the private sector is getting involved in agricultural adaptation to climate change in sub-Saharan Africa, there is still a long way to go.

“The continent has adaptation projects that are now demonstrating their potential, but there is still a pressing need to reshape Africa’s food system to be more resilient, productive and inclusive,” Berninger said.

A new study by researchers from Biovision, the International Panel of Experts on Sustainable Food Systems (IPES-Food) and the United Kingdom-based Institute of Development Studies shows that such sustainable and regenerative farming techniques have either been neglected, ignored, or disregarded by major donors.

One of the major findings is that most governments, especially in Sub-Saharan still favour “green revolution” approaches, believing that chemical-intensive, large-scale industrial agriculture is the only way to produce sufficient food. “Green revolution solutions have failed,” said Belay.