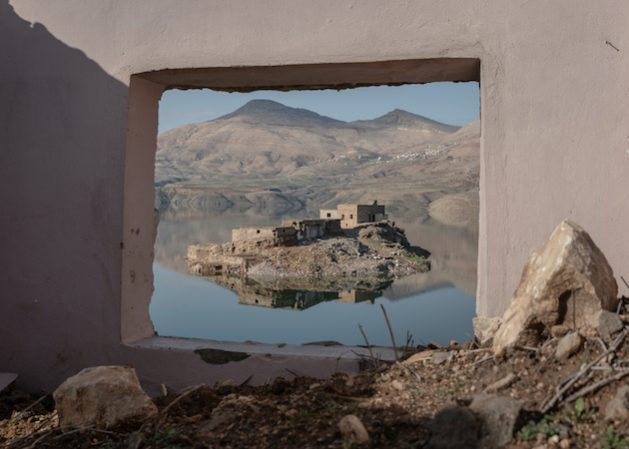 Water scarcity in the Middle East is impacting on lives and causing diplomatic tensions in between countries. The Turkish dam project, which includes the large Ataturk and Ilisu dams, has reduced water flow to the Tigris River’s natural channel impacting Syria and Iraq. Pictured here is Koctepe - a village covered by water in the Ilisu dam project. Credit: Mustafa Bilge Satkın/Climate Visuals Countdown

Sharm El Sheikh, Nov 17 2022 (IPS) - The Middle East and North Africa are the world’s most water-scarce regions – with 11 of the 17 water-stressed countries on the globe.

According to UNICEF, nine out of 10 children live in areas with high or very high-water stress, resulting in significant consequences for their health, cognitive development, and future livelihoods.

Now climate change is resulting in less rain for agriculture and a decline in the quality of freshwater reserves due to saltwater transfer to fresh aquifers and increased pollution concentrations.

Maha Rashid, Middle East managing committee member for Blue Peace, which works for water cooperation among borders, sectors, and generations to foster peace, stability, and sustainable development, says the situation in the region is dire.

“More than 60% of this region’s population lives in areas of high or very high-water stress, compared to the global average of about 35%. While the Middle East and North Africa have continued to experience water scarcity for thousands of years, several interconnected challenges today threaten environmental sustainability and security for the region’s water supply.” 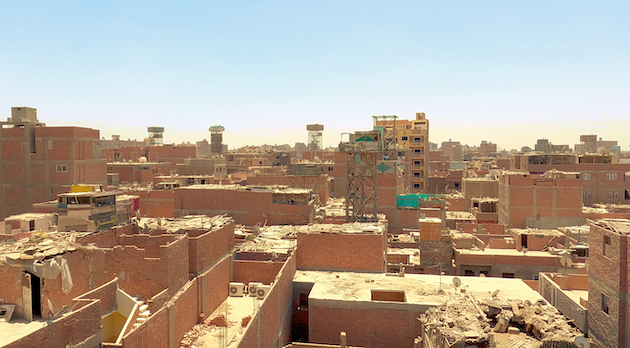 As COP27 negotiations continue at Sharm El Sheikh in Egypt, people in the Middle East are dealing with the impacts of climate change. Rashid explained that Iraq relies on water from Turkey and Iran, as well as rain and snow, to feed its rivers, especially in the spring. Water revenues to Iraq’s rivers, Tigris and Euphrates, dropped for the third season in succession. The current season has experienced a more severe and unprecedented fall not seen for several years, and water levels in the Euphrates and Tigris rivers declined, and drought conditions are experienced in the rivers and lakes in Diyala Governorate.

The Turkish dam system, which includes the large Ataturk and Ilisu dams, has reduced water flow to the Tigris River’s natural channel. It will result in a 10 billion cubic metre annual reduction in water flow for downstream countries – like Syria and Iraq.

Despite having large amounts of arable land, Iraq will not be able to achieve food and water security. Instead, over the long term, water will confine development, plans, and programs and not bring food or water security, says Rashid, who is also a professor at Tigris University, told IPS.

Water insecurity in the region had also impacted international relations, with tensions arising over Ethiopia’s building of the Renaissance Dam for irrigation and electricity generation without considering the significant effects on Egypt and Sudan. Now the threat of water scarcity is growing for the two countries, followed by food security and potential future natural disasters.

According to Rashid, since 2010, which set new temperature records in 19 countries, many of which were Arab nations, countries are experiencing summertime temperatures of up to 54 degrees Celsius, including in Iraq and Morocco, where two-thirds of the oases have vanished as a result of decreased precipitation and increased evaporation. Saudi Arabia and Sudan are also experiencing fierce sandstorms.

These climatic changes are predicted to get worse unless the inhabitants and governments of the area deal with them properly and urgently over the course of the next fifty years.

Rashid contended that doing this calls for more prudent resource management as well as adjustments to sectoral and economic models, mindsets, and behaviours. While she is optimistic about the outcome of the climate negotiations, most countries have not committed to implementing the recommendations and reducing carbon emissions since the COP 26 climate summit in Scotland.

“I believe that COP27 will address climate change issues and, in the end, will insist on finding a method that works to save poor communities.”