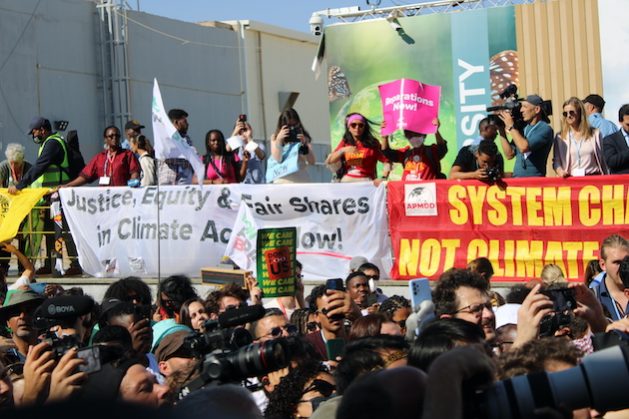 SHARM EL SHEIKH, Nov 20 2022 (IPS) - After a tense impasse and many hours of negotiations, almost 200 countries struck a deal to set up a loss and damage fund to assist nations worst hit by climate change – a demand considered not-negotiable by the developing countries.

COP27 was extended by a day after negotiators couldn’t agree on the fund – leading to UN Secretary-General António Guterres saying on Friday, November 18, 2022, that the time for talking about loss and damage finance is over. He alluded to a growing breakdown of trust between developing and developed countries.

Guterres, early on Sunday, November 20, 2022, welcomed the fund saying: “I welcome the decision to establish a loss and damage fund and to operationalize it in the coming period. Clearly, this will not be enough, but it is a much-needed political signal to rebuild broken trust.”

He added that the voices of those on the frontlines of the climate crisis must be heard.

“The work that we’ve managed to do here in the past two weeks, and the results we have together achieved, are a testament to our collective will, as a community of nations, to voice a clear message that rings loudly today, here in this room and around the world: that multilateral diplomacy still works… despite the difficulties and challenges of our times, the divergence of views, level of ambition or apprehension, we remain committed to the fight against climate change… we rose to the occasion, upheld our responsibilities and undertook the important decisive political decisions that millions around the world expect from us.”

Shoukry noted: “This was not easy. We worked around the clock. Long days and nights. Strained and sometimes tense, but united and working for one aim, one higher purpose, one common goal that we all subscribe to and aspire to achieve. In the end, we delivered.”

Under the previous global climate summit, which took place in Glasgow, Scotland last year, parties agreed on the roadmap where developing countries, which did little to cause the climate crisis, arrived with a determination to win a commitment from rich nations to compensate them for this damage.

On several occasions during negotiations, Egyptian Foreign Minister Sameh Shoukry, also the COP27 President, stated that climate finance remains key for Africa since the continent contributes 4 percent to global emissions and is adversely affected to a much higher degree by global warming-relate events.

On losses and damages, some climate finance experts believe that ongoing climate talks on finance at COP27 are one of the most painful examples of the African proverb that when the elephants fight, it is the grass that gets trampled.

“Ongoing negotiations on loss and damage are the most recent iteration of this long-standing fight,” Sophia Murphy, the Executive Director of the US-based Institute of Agriculture and Trade Policy (IATP), told IPS. 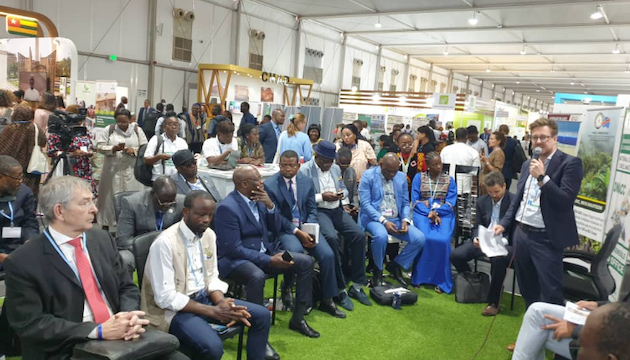 IATP is a think tank that analyses the interconnection between agriculture, trade, and climate in developing countries.

Since 2015, loss and damage have served as the main catalyser under the UNFCCC process, especially for enhancing financial support for adaptation to avert, minimise and address climate change impacts in developing countries that are particularly vulnerable to the adverse effects of climate change.

Murphy pointed out that the G77 includes a very wide range of countries and interests, and the climate crisis is not suffered equally across the South.

“Currently developing nations at COP27 are likely showing that everyone is responsible for the negative realities of climate change and loss and damage negotiations is the most recent iteration of this long-standing fight,” she said.

While many negotiators in Sharm El Sheikh believe that rich countries are lagging in measures to allocate loss and damage funding, there is a consensus that the current negotiations on climate finance did not go very well, particularly with respect to the expectations for COP27.

“Unfortunately, if the trust is broken, it may affect other issues being negotiated and ultimately affect our collective action of combatting climate change,” the senior financial expert said.

The bank published the 2022 African Economic Outlook report on the needs of African Countries for loss and damage in 2022-2030 at between USD 289.2 to USD 440.5 billion. The estimated adaptation finance needs are in a similar order of magnitude.

For many Africans, according to Olufunso, the negotiations were not aggressive enough in finding solutions urgently needed at both scale and speed.

Until the end of the summit, loss and damage fund remained a major sticking point.

“Negotiations are going well in some items and not well in other items (…) Rwanda and other vulnerable countries had much expectation in securing a decision of adopting the establishment of loss and damage fund,” Faustin Munyazikwiye, the Deputy Director General of Rwanda Environmental Management Authority (REMA) and Rwanda’s Lead negotiator, told IPS in an interview.

According to him, this item [on loss and damage] did not go well.

However, most developing countries prefer to ensure that finance for loss and damages is channelled through the private sector and is not necessarily a liability for rich countries.

But other experts believe that cost of repairing these damages is staggering and the countries which should pay are the ones who contributed to climate change in the first place.

While some climate finance experts observe that the commitment by rich nations to pay the developing world $100 billion cannot even compensate what Africa’s needs, others point out that COP27 must deliver a bold finance facility to pay for loss and damage to communities already impacted by climate change on the continent.

Kelly Dent, the Global Director of External Engagement at the UK-based World Animal Protection, told IPS most vulnerable countries, mainly in Sub-Saharan Africa, are considering the climate emergency as a matter of life.

“Without a coherent and meaningful agreement on finance, COP27 will fall short of its mission and put millions of lives at risk,” she said.

From Dent’s perspective, a roadmap to track and deliver a doubling of adaptation finance is critical.

The 2022 UNEP’s Adaptation Gap Report, released on the sidelines of COP27 in Sharm El Sheikh, indicates that the continent requires 7 to 15 billion US dollars annually to enhance adaptation to climate change besides the nearly 3 trillion dollars investment that is needed to implement nationally determined contributions (NDCs) and cap emissions in line with the Paris climate deal.