Why COP27 Matters to Sierra Leone

By Babatunde A. Ahonsi Reprint | | 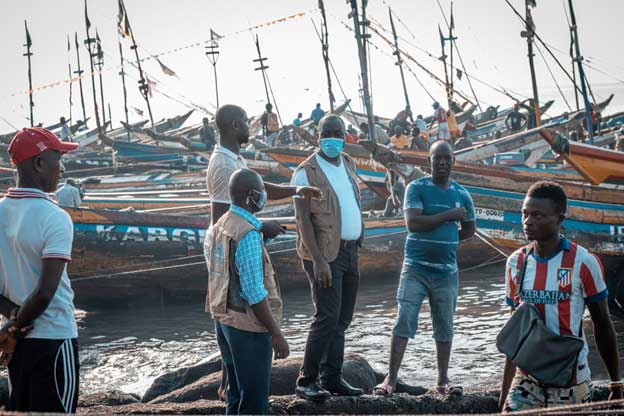 FREETOWN, Sierra Leone, Nov 14 2022 (IPS) - Sierra Leone is among the 10 percent of countries in the world that are most vulnerable to the adverse consequences of climate change, and presently one of the least able to cope with the effects.

Unpredictable weather patterns, severe flooding, mudslides, and associated crop failures are becoming more frequent even as the country is witnessing trees being cut down at a faster rate than being planted.

And climate scientists tell us that if the world does not achieve a sharp drop in global warming in the next eight years, the natural calamities that we have seen in recent times around the world will be child’s play compared to what is to come.

COP27, the 27th Conference of State Parties, taking place in Sharm El-Sheikh, Egypt is the annual gathering by the United Nations of governments, scientists, and other key stakeholders from all countries of the world to review progress in efforts to avert environmental catastrophe, against commitments contained in global climate action agreements.

Africa, the global region which has contributed the least to the ongoing climate crisis, has experienced some of the worst losses and damages attributable to human-induced climate change.

So, as the continent hosts this year’s COP, the key preoccupation will be generating a roadmap for the implementation of unfulfilled promises from previous COPs. This is especially in relation to the pending financial pledges made by rich countries to support developing countries like Sierra Leone to lessen the impact of and adapt to climate change. 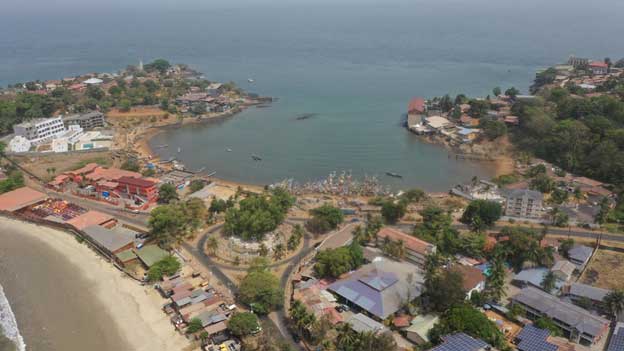 The point must be made that the issue of fulfilling climate finance obligations of high-income countries to developing countries is far less a matter of aid dependency than of climate justice.

There will justifiably be a significant push for increased funding for adaptation and resilience projects in low- and lower-middle-income countries to generate positive impacts towards economic growth, social progress, and enhanced resilience to climate change.

A specific demand will be for wealthier countries to make good on their $100 billion annual climate finance commitment and on the doubling of adaptation support to $40 billion by 2025 agreed to in Glasgow last year during COP26.

Among the other concrete proposals to be strongly canvassed at COP27 is the establishment and activation within the next five years of an early warning system for climate emergencies that would cover the whole world.

Another is a pipeline of bankable climate-smart projects (around 400) in areas such as agriculture, energy, transportation, digital technologies and platforms, and organic products. There will also be much attention to decisions and actions, especially financing, to address ‘loss and damage’ that are beyond countries’ abilities to cope with.

Sierra Leone, like many developing countries, is today beset by a multi-faceted crisis of food insecurity, near-debt distress, galloping cost of living, and energy deficit which may be limiting attention to the clear and present danger posed by the climate crisis to humanity.

But, given that the prevailing challenges cannot be addressed with presently available development finance and usual ways of doing things, now is the time for the country to maximally exploit opportunities to benefit from innovative climate finance and sustainability solutions.

Even more innovative and ambitious nature-positive examples of integrated sustainable development solutions will be highlighted, discussed, and promoted at COP27.

As the top UN leader in Sierra Leone, a key part of my role has been to bring together a diverse set of stakeholders including the national authorities, international organizations and partners from across civil society to advance dialogue on climate action and map out the country’s shared goals ahead COP27.

Earlier last month, I convened a Climate Action Dialogue together with the Government of Sierra Leone, the UK High Commission and the European Union to strengthen the participation and enhance the coordination of Sierra Leone’s high-level delegation to COP27.

This Dialogue was born out of discussions I had with the British Government – who held the Presidency of the previous UN Climate Conference- COP26 in Glasgow last year.

Building on the momentum from Glasgow, I carried on these discussions with the British Government and European Union this year to develop a diverse program of speakers for the Climate Action Dialogue, which highlighted key priorities and potential actions for the private sector, NGOs, development partners, and government.

By convening these top authorities in Sierra Leone together, this Dialogue helped focus efforts on the concrete ways Sierra Leone could leverage its impressive natural assets (including forests, agricultural assets, water resources, biodiversity, and solar endowment) to generate access to climate finance and advance nature-based solutions for driving its economic recovery and long-term development plan.

The Dialogue also provided an important platform for stakeholders to discuss how Sierra Leone could benefit more from global climate funds. Ahead of this engagement, my team at the Resident Coordinator’s Office prepared a Climate Action Partnerships Brief that was provided to all attendees.

It was clear from these open discussions and constructive exchanges that Sierra Leone’s rich natural resources could be better used to leverage the finance and technologies the country needs for inclusive, green, and sustainable economic growth, rather than exporting key resources cheaply as primary products.

Discussions are now underway between the three hosting development partners- the UN, UK, and EU- to plan follow-up events which delve deeper into specific areas of Sierra Leone’s climate commitments.

It is our hope that Sierra Leone’s participation in COP27 (which concludes November 18) will help to fast-track implementation of the crucial next steps agreed at the Dialogue related to climate finance models, and prompt the rapid scaling up of ongoing climate-smart projects around the country.

This includes forest conservation, solar and hydro energy generation and distribution, fisheries and coastal management, and agriculture and agro-processing. It should also strengthen commitment to deliver on the promise the country has made to end deforestation by 2030.

As with the rest of the world, climate change is affecting every aspect of the Sierra Leonean economy and society. COP27 will therefore also serve to underline for everyone the fact that urgent climate action is not the responsibility of government alone.

So, we encourage delegates to the Conference, not only from government, but also from civil society organizations, the private sector, mass media, international development agencies, and higher educational institutions, to return to the country with renewed commitment and ambition to join hands to pursue urgent climate actions and engage fully on climate finance.

Only in this way, can the country truly address the climate crisis in a manner that safeguards national environmental resources, builds resilience to climate-related shocks, and advances sustainable development that leaves no one behind.