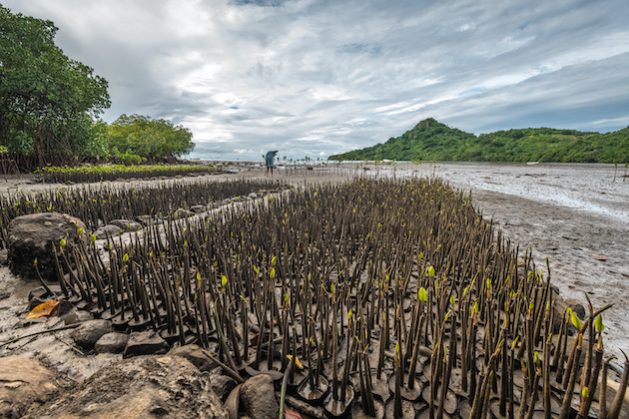 Hundreds of mangrove seedlings are growing in a small bay of an island south of Fiji's main island Viti Levu. The Pacific Island Countries are vulnerable to climate change and need resources to adapt. Credit: Tom Vierus/Climate Visuals

Sharm El-Sheikh, Nov 18 2022 (IPS) - The Pacific Island Countries (PICs) – 14 small island developing nations in the Pacific Ocean – comprise one of the most exposed and vulnerable regions to climate change and natural calamities. The region did not cause this climate crisis; the crisis stemmed from heavy carbon emissions by developed countries. Yet paradoxically, the countries in the region are also the least resourced to adapt to climate change.

The IMF estimates that the PICs need an additional investment of an average of 9% of GDP on developing climate-resilient infrastructure over the next ten years. Some countries’ climate-resilient infrastructure needs more than 10% of their GDP. However, this much capital mobilisation is impossible for the region with low per capita income, volatile economy, lack of fiscal space, and low saving rate. Besides, these countries have also committed to ambitious targets to decarbonize their economies.

In this scenario, international climate finance mobilisation is critical to make the region resilient and prosperous. The longer the delay in building the much-needed climate-resilient infrastructure, the higher the cost and greater the risk of exposing these countries to extreme events for a longer time. 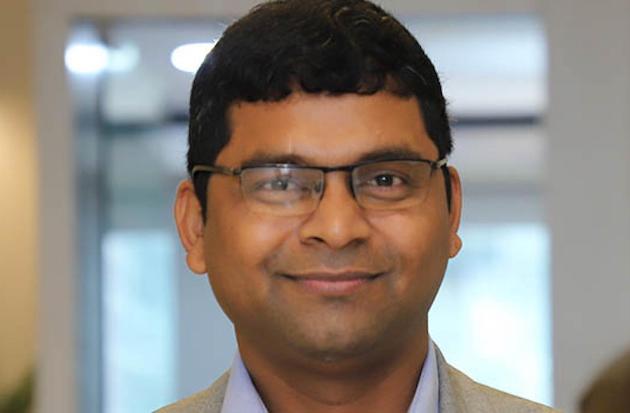 In addition, these countries lack the capacity to design and structure projects and develop a robust and tangible climate adaptation project pipeline. Besides, the region is not strategically allocating available capital, including budgetary outlays, international climate finance, development aid, and private finance. The primary focus of international institutions must be to address these challenges quickly.

The total GDP of the PIC region is only about USD10 billion, with an average per capita income of approximately USD4,000 and a gross capital formation rate of 20%, according to the World Bank. This translates to a maximum domestic capital mobilisation of USD 2 billion per year. Meanwhile, the IMF estimates that the region needs an additional capital of USD 1 billion per annum for climate resilience infrastructure investment.

International grant capital is the only option to fund climate adaptation projects in the region. The reason is that any form of debt capital, even if in the form of concessional debt capital over the long term, is not an economical one. The PIC region cannot pay back debt, and it is unlikely the region’s economic size will increase at a rapid rate in the future to pay back debt.

Although the region’s primary sources of international climate finance – the Green Climate Fund (GCF), World Bank, and Asian Development Bank (ADB) – provide grants, it is only for project preparation and capacity development. These financers mostly provide debt financing, albeit at a better rate than private financers.

Strategic allocation of capital is key

Unlike developed and developing countries, the PIC region does not have a have strong domestic financial and banking sector, and it rarely attracted foreign capital for large-scale investment. So, it is futile to expect large-scale private financing flows to bridge the financing gaps for their climate actions.

The crux is strategically allocating the available capital and aligning projects’ needs with the mandates of the public finances. One of the most efficient ways is to carve out the climate financing as a separate portfolio and decide where and how the capital would be used in various climate adaptation projects.

In addition, the climate change divisions of these countries can work closely with the Ministry of finance to mainstream climate adaptation in national development plans and sector policies and bring climate change perspectives in economic decision-making. The countries can also need to identify the projects which offer dual benefits of climate migration and adaptation, which brings a lot of attention to global climate financers.

For example, nature-based carbon sequestration through ocean conservation, forestry, and wilding (wetland, grassland) sequestrates carbon, offers natural shields, and protects human life and properties in extreme weather events. The global impact investors will find these projects attractive as they help the region become climate-resilient and create a global public good, helping everyone, including the financer’s country.

The international institutions can also help the countries identify and design projects to develop pipeline projects for funding. There is a dire need to develop institutional and local capacity to meet the needs of climate change-related economic activities in the region. But if addressed, the region will be able to finally make headway in addressing the deep adaptation challenges they face due to climate change.