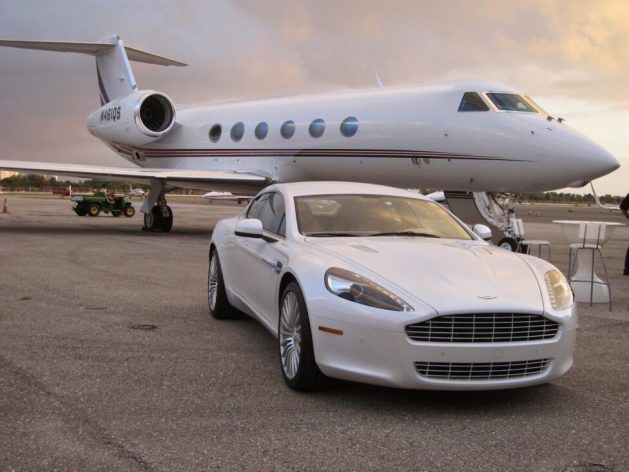 A new analysis of the “investments of 125 of the world’s richest billionaires shows that on average they are emitting 3 million tonnes a year, more than a million times the average for someone in the bottom 90% of humanity.” Credit: WA

MADRID, Nov 17 2022 (IPS) - As much as wars –or even more–, climate disaster represents a great business opportunity, so don’t bother those who pour their fortunes into fueling them with talks about stopping it.

A couple of dozens of companies involved in manufacturing the most inhuman weapons of mass destruction– the nuclear warheads, have been supported by over 150 big banks by lending them money or underwriting bonds, according to the Nobel Peace Laureate International Campaign to Abolish Nuclear Weapons (ICAN).

“The world’s richest people emit huge and unsustainable amounts of carbon and, unlike ordinary people, 50% to 70% of their emissions result from their investments”

Its Don’t Bank on the Bomb report also shows that another 186 institutions seek to profit from holding shares or bonds. And that altogether 338 financial institutions have made more than 685 billion US dollars available to the nuclear weapon industry since 2019.

This exercise –and the huge ‘investments’ by the world’s top rich corporations- has proved to be highly efficient.

In fact, in its report “Squandered: 2021 Global Nuclear Weapons Spending,” ICAN reveals that in 2021 –the year before the Russian invasion of Ukraine– nine nuclear-armed states spent 82.4 billion US dollars on these weapons of mass destruction, that’s more than 156,000 US dollars… per minute!

Another prestigious investigation centre: the Stockholm International Peace Research Institute (SIPRI) recently revealed that, right now, of the total inventory of an estimated 12.705 warheads at the start of 2022, about 9.440 were in military stockpiles for potential use.

Of those, an estimated 3.732 warheads were deployed with missiles and aircraft, and around 2.000 —nearly all of which belonged to Russia or the USA— were kept in a state of “high operational alert,” SIPRI adds in its Yearbook 2022.

But there is another highly lucrative business: climate change.

“The world’s richest people emit huge and unsustainable amounts of carbon and, unlike ordinary people, 50% to 70% of their emissions result from their investments,” reveals a global movement of people who are fighting inequality to end poverty and injustice–OXFAM International.

“A billionaire emits a million times more greenhouse gases than the average person.”

The study also finds billionaire investments in polluting industries such as fossil fuels and cement are double the average for the Standard & Poor 500 group of companies.

“Billionaires hold extensive stakes in many of the world’s largest and most powerful corporations, which gives them the power to influence the way these companies act.”

Both of them further sharpen the world’s unprecedented food crisis.

In fact, a ”small number of corporations exercise a high degree of influence over the global industrial food system, powered by mergers and acquisitions of one another to form giant mega-corporations, which enable further concentration horizontally and vertically, as well as influence over policy-making and governance nationally and globally,” as already reported by IPS.

On the current energy crisis, the UN chief António Guterres in mid-September 2022, stated that it is “absolutely unacceptable to see that, when people are suffering so much in different parts of the world and, namely, because of the high costs of energy and high costs of fuel, to see fossil fuel companies having the largest profits ever or at least in the recent past.”

Why not: in addition to speculating with the energy markets, these companies have been largely funded by governments. In fact, politicians have spent six trillion US dollars from taxpayers’ money to subsidise fossil fuels in just one year: 2020. And they are set to increase the figure to nearly seven trillion by 2025.

Then comes the great business of reconstructing all that the money-making business has been greatly contributing. Buildings, highways, bridges, hospitals, schools, universities, etcetera, let alone in further synthetic food.. all of these are to be paid for by the victims.

But there are more business opportunities, like continue buying vast fertile lands for monoculture and intensive agriculture, a money-making practice that by the way further opens the door for high technology corporations to digitalise more and more food production, among so many others.

A production that, also, by the way, is being greatly disrupted due to both wars and climate disaster.